April 16: The Week in Cancer News

Studies presented at the AACR Annual Meeting 2021 shed light on treatment of a variety of cancers, and articles discuss the risks of COVID-19 for people who have been vaccinated but are immunocompromised. 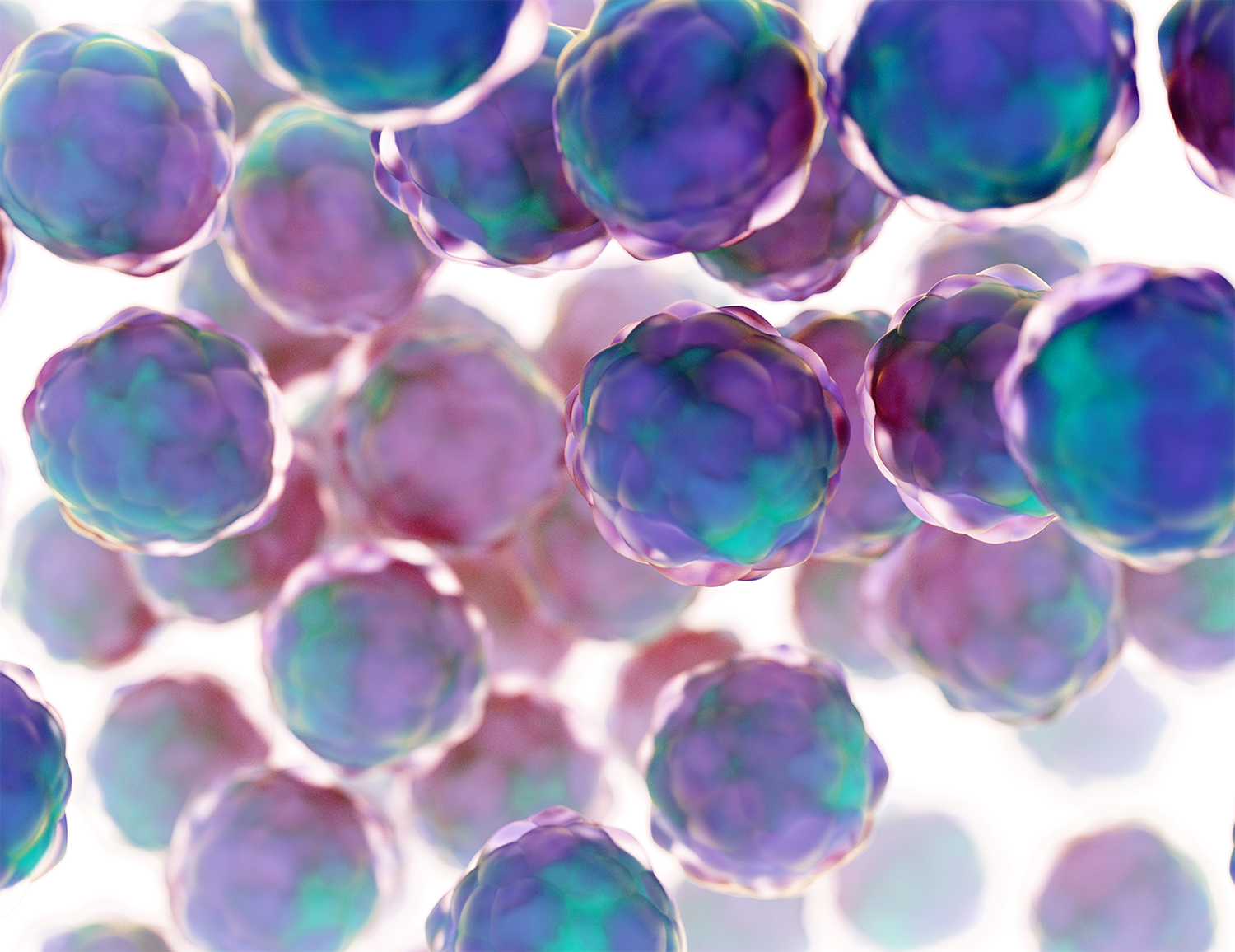 Week 1 of the American Association for Cancer Research (AACR) Annual Meeting 2021 took place virtually from April 10 through 15. Below are just a few of the meeting’s research highlights. For more information on the educational sessions and panels at the meeting, check out senior editor Marci A. Landsmann’s story on chemotherapy-related cognitive impairment and executive editor Kevin McLaughlin’s story on building vaccine confidence. You can also learn more about the Scientist↔Survivor Program at the meeting in this article by editor Bradley Jones. You can also find coverage of the meeting on the AACR blog Cancer Research Catalyst. (The AACR publishes Cancer Today.)

Treating a Rare Form of Melanoma

Uveal melanoma, also called ocular melanoma, is a rare melanoma subtype with a particularly poor prognosis. While melanomas often have high numbers of mutations and are sensitive to immune checkpoint inhibitors, uveal melanoma has a low mutational burden and does not tend to respond to these therapies. There is no established standard therapy for metastatic uveal melanoma. Results of a clinical trial show that people with metastatic uveal melanoma randomly assigned to receive a bispecific fusion protein called tebentafusp lived a median 22 months, compared to a median 16 months for people who received a doctor’s choice of treatment. An overall survival benefit was seen 100 days after treatment even in people whose cancers progressed following treatment. Tebentafusp recruits immune cells to attack the cancer cells. One end of the drug binds to a part of a protein called gp100 that is expressed by melanoma cells and exhibited on the outside of the cells by immune proteins called human leukocyte antigens (HLAs). The other end binds and activates T cells. The drug only works for people who have a certain HLA type that is present in about half of Caucasians, who are the group most susceptible to uveal melanoma, explained trial investigator Jessica Hassel of the National Center for Tumor Diseases at the University Hospital Heidelberg in Germany during an AACR press conference. AACR Past President Antoni Ribas, a medical oncologist who researches and treats melanoma at the Jonsson Comprehensive Cancer Center at UCLA in Los Angeles, noted at the press conference that the study is the first ever to show an improvement in overall survival from a treatment for metastatic uveal melanoma. “I think it’s a practice-changing study, and we hope to be able to use this in the clinic,” he said.

People with indolent non-Hodgkin lymphoma that has relapsed are often treated with rituximab, a targeted therapy that kills B cells. Results presented at the AACR Annual Meeting and published in the Lancet Oncology indicate that adding a different type of targeted drug, Aliqopa (copanlisib), to rituximab can increase progression-free survival from 13.8 to 21.5 months. The researchers compared the treatments in a randomized trial that enrolled people who had previously had an interval free of treatment for at least a year following treatment with a rituximab-based therapy, or a treatment-free interval of six months for those who did not want or could not receive chemotherapy. Aliqopa inhibits the PI3K pathway, which is involved in the development of resistance to rituximab, study co-author Matthew Matasar of Memorial Sloan Kettering Cancer Center in New York City explained in a press release. Aliqopa is already approved on its own as a third-line treatment of a type of indolent non-Hodgkin lymphoma called follicular lymphoma. “Copanlisib here represents the first PI3K inhibitor to be safely combined with rituximab and the first to demonstrate broad and superior efficacy in combination with rituximab across indolent histologic subtypes,” Matasar said during the AACR press conference.

People with early-stage lung cancer may receive chemotherapy before or after surgery. A clinical trial shows that adding the immunotherapy drug Opdivo (nivolumab) to chemotherapy before surgery may benefit patients. People who were randomly assigned to received Opdivo plus chemotherapy before surgery rather than just chemotherapy were more likely to be able to get a surgery that only involved removing a portion of their lung. After the surgeries were completed and pathologists analyzed tissue for signs of cancer, they found that 24% of the people who received chemotherapy and Opdivo had a pathological complete response—in which all signs of cancer were gone—compared to just over 2% of people who just got chemotherapy. “They open the person up and the tumors just melted away. It’s incredible,” Roy Herbst of Yale Cancer Center in New Haven, Connecticut, told the Associated Press. Charles Swanton of the Francis Crick Institute and UCL Cancer Institute in London, who commented on the study during the AACR press conference, said that it was the first phase III trial to show a benefit of immunotherapy and chemotherapy given prior to lung cancer surgery.

Untangling the Roots of a Childhood Cancer

Neuroblastoma makes up 8% of childhood cancer cases but accounts for 12% to 15% of childhood cancer deaths. Just 1% to 2% of children with this cancer of the nerve cells have a family history of the disease. A study indicates that genetic roots of the disease may be more common than previously understood, however. Researchers were able to analyze the DNA sequences of 556 children with neuroblastoma. They were also able to sequence the DNA from the children’s parents. The researchers found that 16% of the children had mutations in their noncancerous cells that were likely related to the development of cancer. The sequences from their parents revealed that 94% of the time, the cancer-related mutations were inherited. The children with cancer-related mutations had lower survival rates than those without these mutations. The researchers hypothesize that risk is likely impacted by the presence of multiple mutations and that the children end up with combinations of mutations that put them at higher risk than either of their parents. Study co-author Emily Blauel of the Children’s Hospital of Philadelphia said in the AACR press conference that the work could have implications for multiple aspects of care for children with neuroblastoma. As researchers learn more about the genetics of neuroblastoma, they will be better able to counsel families on the risks to their other children, she said. She also noted that some children whose neuroblastoma would previously have been classified as low or intermediate risk actually appeared to be at increased risk if they had these mutations. This new knowledge of risk could change what treatment these children are given and what protocols are used for surveillance after treatment.

Sex May Matter for an Immunotherapy Biomarker

Tumor mutational burden (TMB) is a measure of the number of mutations per million DNA base pairs in a person’s cancer cells. Cancers with high numbers of mutations are generally more likely to respond to immunotherapy than those with few mutations. The Food and Drug Administration (FDA) in June 2020 approved the immune checkpoint inhibitor Keytruda (pembrolizumab) for use in patients with any metastatic or nonremovable solid tumors that have 10 or more mutations per million base pairs. But what if the TMB threshold predicting immunotherapy response varies between men and women? A study in people with metastatic melanoma shows that a TMB of 10 or greater does predict better response to immune checkpoint inhibitors in women but not in men, who have a higher median TMB to begin with. In a press release, co-author Sanju Sinha, who is a member of the Cancer Data Science Lab at the Center for Cancer Research at the National Cancer Institute and a PhD candidate at the University of Maryland in College Park, said that Keytruda is currently approved for the treatment of metastatic melanoma regardless of TMB, but noted that physicians may still take TMB into account when making treatment decisions and should be aware of sex differences. “Second, in cancer types like glioblastoma and cancer of unknown primary, the FDA TMB criterion does currently apply. Hence, more data must be gathered to carefully assess whether its usage may induce a sex bias,” Sinha said.

COVID-19 Vaccines for People Who Are Immunocompromised

Outside of the AACR Annual Meeting, this week saw a flurry of feature articles highlighting the current situation for people who are immunocompromised and have received COVID-19 vaccines. Previously, research has shown that some people with blood cancer have an altered immune response to infection with the coronavirus. In the Philadelphia Inquirer, Marie McCullough wrote about a preprint on the response of 67 people with blood cancers who were patients at UPMC Hillman Cancer Center in Pittsburgh. The patients all received two doses of the Moderna or Pfizer-BioNTech mRNA vaccines. A little more than half showed an antibody response to vaccination. The researchers found that older age was associated with not developing an antibody response, as was having B-cell chronic lymphocytic leukemia. (Another study, published April 16 in Blood, further dives into antibody response in vaccinated people with chronic lymphocytic leukemia.) “They’ll be walking around outside thinking they’re protected—but maybe they’re not,” Lee Greenberger, chief scientific officer of the Leukemia & Lymphoma Society, told Apoorva Mandavilli of the New York Times. But writing in the Atlantic, Katherine J. Wu noted that antibodies aren’t the only game in town when it comes to immune response, and that other components of the immune system could provide protection even when an antibody response is absent. “The immune system doesn’t put all its eggs in one basket,” immunologist John Wherry of the University of Pennsylvania in Philadelphia told her. Finally, Caroline Chen of ProPublica wrote about the study of breakthrough infections—infections that occur following vaccination—and the need to study patterns in when they arise. William Gruber, senior vice president of Pfizer’s vaccine clinical research and development, told ProPublica that it’s important to impress on people the need to get vaccinated to reduce the rates of COVID-19 overall. “People tend to forget the importance they have as a citizen to protect the most vulnerable,” he said.​​
​