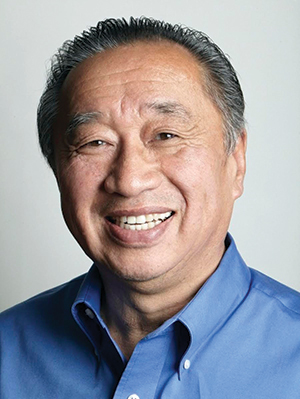 In 1989, Jonathan Leong attended a meeting in the San Francisco Bay Area about recruiting bone marrow donors for two Asian-American leukemia patients: 9-month-old Amanda Chiang and 32-year-old Judith Jang Berkoltz. Both needed transplants, but neither had a family match. Leong was shocked to learn that their ethnicity would make it difficult for them to find a donor. Both patients died before getting a transplant.

A transfer of bone marrow can be life-saving for people with leukemia and other blood cancers, but genetics can make finding a match tricky. Proteins found on cells throughout the body help the immune system know which cells belong in the body and which don’t. A successful transplant requires a close match of these proteins between the donor and the patient. About 30 percent of people find a bone marrow donor in their own family. Other patients must look for an outside match.

How to Register as a Donor

Learn more about the Be The Match donor program.

If you are between ages 18 and 44, you can find a local donor registry drive in your community. The National Marrow Donor Program’s Be The Match Registry site provides a tool to locate drives. Click on “Join the registry.”

If you are between 18 and 60, you can register online. Request a home test kit at join.bethematch.org. You’ll use the kit to take a cheek swab that will help determine your tissue type. Donors 45 and older, who are less likely than younger people to be called upon to donate, must make a monetary contribution to cover costs associated with joining.

There is greater likelihood of a match between people of the same race or ethnicity. Yet, at the time of the 1989 meeting, it was thought that only about 120 bone marrow donors of Asian descent—people with ancestry in East Asia, Southeast Asia or South Asia—were on the U.S. national registry, known today as the Be The Match Registry.

These groups are working to increase U.S. donor diversity:

Mixed Marrow focuses on recruiting bone marrow and blood stem cell donors for patients who are of multiethnic descent or mixed race.

“I recognized this was an area of great community need that went beyond these two individuals,” says 65-year-old Leong. The son of Chinese immigrants and an entrepreneur who has been involved in industries ranging from food to insurance, Leong founded the Asian American Donor Program (AADP) later that year.

The AADP, based in Alameda, California, hosts more than 500 marrow drives every year, often at high schools, universities and community festivals. The organization has signed up over half a million new members for the national registry, Leong says, focusing on outreach to Asian-Americans, Latinos and African-Americans.

Today, racial and ethnic minorities make up about 25 percent of the over 13.5 million people in the Be The Match Registry. Yet the likelihood of finding a match still remains far lower for minorities than white patients. Patients who are mixed race can have an even more challenging time finding donors. It’s a vast improvement over the situation in 1989, but there is much work yet to be done, says Leong. “We’re still quite a ways from sunset.”