Tomatoes might play a role in decreasing a man’s risk of prostate cancer. 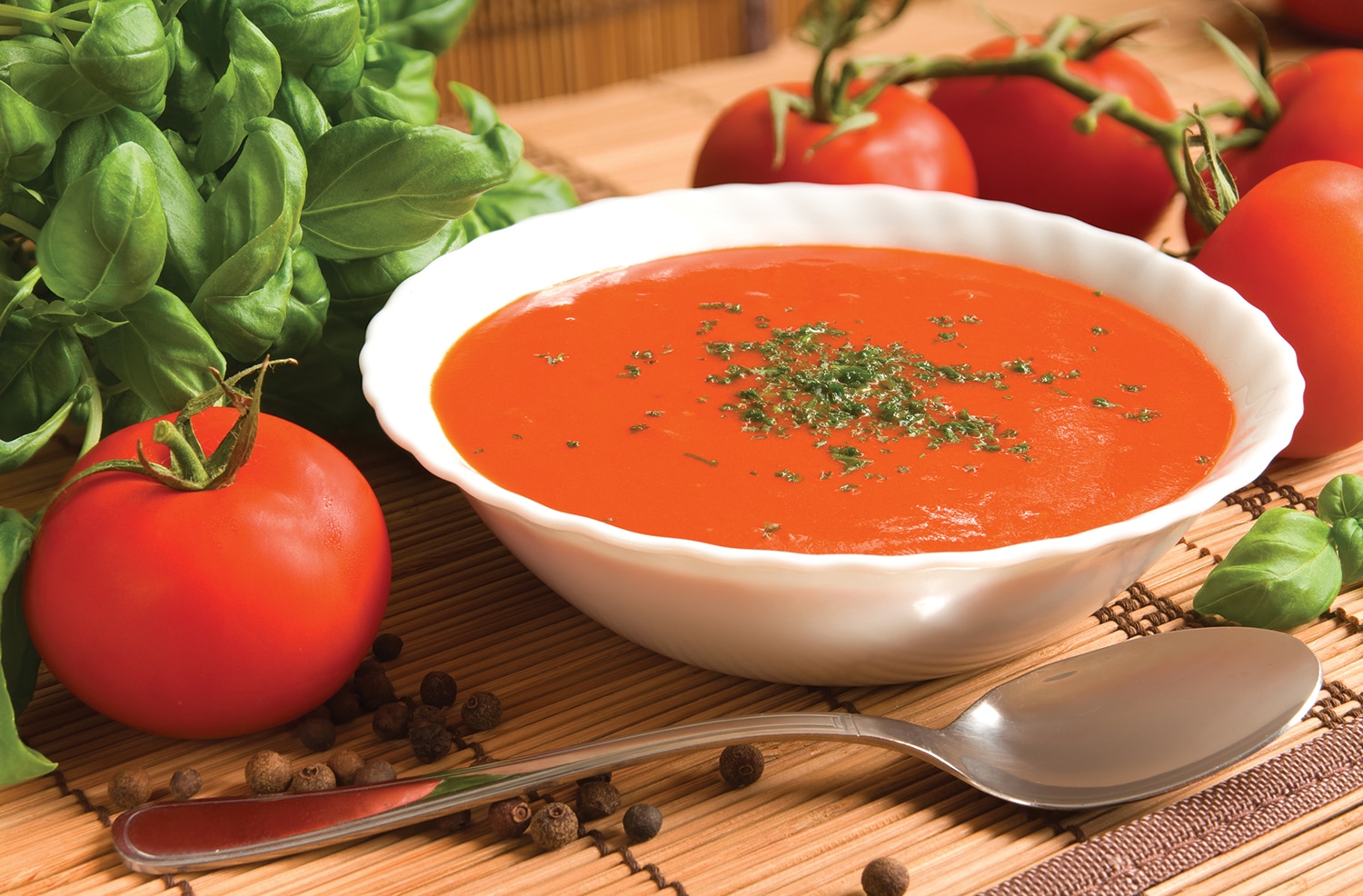 A juicy red tomato sitting on the kitchen windowsill could inspire a hearty marinara sauce or a fresh Caprese salad. But that’s not all: Recent research suggests a substance found in tomatoes might play a role in decreasing a man’s risk of prostate cancer.

One study, published in the October 2014 issue of Cancer Epidemiology, Biomarkers & Prevention, found that men who reported eating more than 10 servings of tomatoes and tomato products a week had an 18 percent decreased risk of developing prostate cancer compared with men who ate 10 or fewer servings a week. Researchers’ findings were based on nearly 14,000 questionnaires administered between 2001 and 2009 to men ages 50 to 69.

Use this recipe for a good source of lycopene.

Melt the butter in a small Dutch oven over medium-high heat. Sauté the onion until it’s translucent, about 4 minutes. Add the garlic and sauté until the onions are golden.

Add the whole can of tomatoes (do not drain), the sugar, thyme, mace and cayenne pepper. Bring to a boil, cover and simmer until the tomatoes and onion are soft, about 15 minutes.

Let the soup sit 20 minutes uncovered. Transfer it to a blender (or use an immersion blender) and puree the mixture to the desired texture.

Blend in the half-and-half. Season the soup with salt and pepper, to taste. Serve the soup hot, sprinkling one-fourth of the dill over each bowl.

Vanessa Er, a doctoral student at the School of Social and Community Medicine at the University of Bristol in England, who co-led the study, believes the beneficial effect was at least partially due to lycopene, an antioxidant that is abundant in tomatoes. Research has shown that antioxidants might protect against cell damage that can lead to cancer.

Lycopene, an antioxidant that gives tomatoes and other fruits and vegetables their red color, has been linked to lower risk of prostate, lung, stomach and other cancers. Tomatoes have the highest concentration of lycopene. Other sources are apricots, guava, watermelon, papaya and pink grapefruit.

Using questionnaires administered between 1986 and 2006 to close to 50,000 male health professionals, a study in the February 2014 Journal of the National Cancer Institute found that men who reported eating more food with lycopene had a reduced risk of prostate cancer, especially lethal prostate cancer, compared with men who reported eating less food with lycopene. In addition, prostate tumors taken from men who ate more lycopene-rich foods showed less evidence of blood vessel growth, associated with a tumor’s ability to grow and spread, compared with men who didn’t eat as much.

To add more lycopene to your diet, Er recommends preparing dishes with whole or canned tomatoes, rather than getting lycopene from processed foods, such as baked beans and frozen pizza.