Active surveillance may not be right for all African-American men with low-grade prostate cancer.

African-American men with low-grade prostate cancer may have worse outcomes than white men with the same diagnosis, researchers reported online Oct. 7, 2014, in Urologic Oncology. The findings suggest that treatment guidelines that broadly recommend active surveillance for all men with low-grade disease—generally believed to have a low risk of progressing—should be re-evaluated for African-American men. 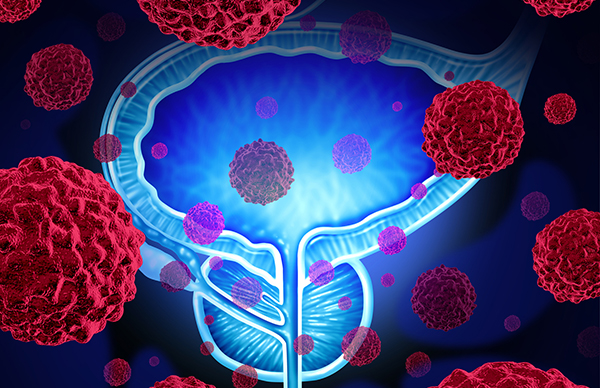 The new study, led by Kosj Yamoah, a radiation oncologist at Thomas Jefferson University in Philadelphia, compared the medical records of 234 African-American men and 1,031 white men with low- to intermediate-risk prostate cancer who were treated with surgery to remove the prostate and surrounding tissue.

Seven years after surgery, 21 percent of the African-American men and 14 percent of the white men had an increase in prostate-specific antigen (PSA) levels that suggested the cancer had returned. The researchers say this indicates that in some African-American men, prostate tumors with a Gleason score of six or less—which are considered low-risk tumors—may grow quickly. (Higher Gleason scores indicate a higher proportion of cancerous cells.)

Overall, African-American men are 60 percent more likely to be diagnosed with prostate cancer than white men and twice as likely as white men to die of the disease. Previous research suggested that some African-American men may have a tumor that appears to be low-grade but is actually fast growing. A study published in the August 20, 2013, Journal of Clinical Oncology, for instance, found that African-American men whose tumor biopsies received a low Gleason score were nearly twice as likely as men of other racial or ethnic groups to have their tumors upgraded to a higher Gleason score after surgery to remove the entire prostate.

In 2010, the National Comprehensive Cancer Network (NCCN), a nonprofit partnership of 25 major cancer centers, issued treatment guidelines to address ongoing concerns about risks related to the overtreatment of prostate cancer. The guidelines recommend active surveillance for men who have a very low-risk tumor. Active surveillance also is recommended for some men with a low-risk tumor, depending on their overall health and life expectancy. Active surveillance, according to the most recent guidelines, includes annual digital rectal exams and biopsies, as well as twice-yearly PSA tests.

Peter Carroll, a urologist at the University of California, San Francisco Helen Diller Comprehensive Cancer Center, chaired the committee that developed the NCCN guidelines. Even though more research is needed on active surveillance in African-American men, he says, they, like all patients, have to be informed about the benefits and risks of treatment. “We can include all relevant information about risk in a thorough discussion of options with patients,” says Carroll.

Who Can Consider Active Surveillance?

The National Comprehensive Cancer Network suggests a man consider active surveillance if his prostate cancer is in one of these categories:

The tumor is undetectable by digital rectal exam and was diagnosed by a needle biopsy following an elevated PSA test result. The PSA level must be less than 10 ng/ml, and the tumor must have a Gleason score of 6 or less.

The tumor can be felt by a doctor and may be seen with an imaging test. It hasn’t spread beyond half of one prostate lobe and was diagnosed by a needle biopsy following an elevated PSA test result. The PSA level must be less than 10 ng/ml, and the tumor must have a Gleason score of 6 or less.

Learn more about the full guidelines and treatment recommendations.

Yamoah agrees that active surveillance should be offered to African-American men—but only to those who have been identified through careful screening to be at very low risk of having their cancer return. He also believes that African-American men need to be informed that the NCCN’s current guidelines on active surveillance are “skewed” because they are based on evidence from clinical trials with predominantly white men.

Currently, Yamoah and his colleagues are studying tumors removed from African-American men, trying to find biomarkers that identify the most aggressive cancers. Their initial results could be released within a year. If their efforts are successful, doctors might have a way to provide African-American men with cancer care that is more personalized.