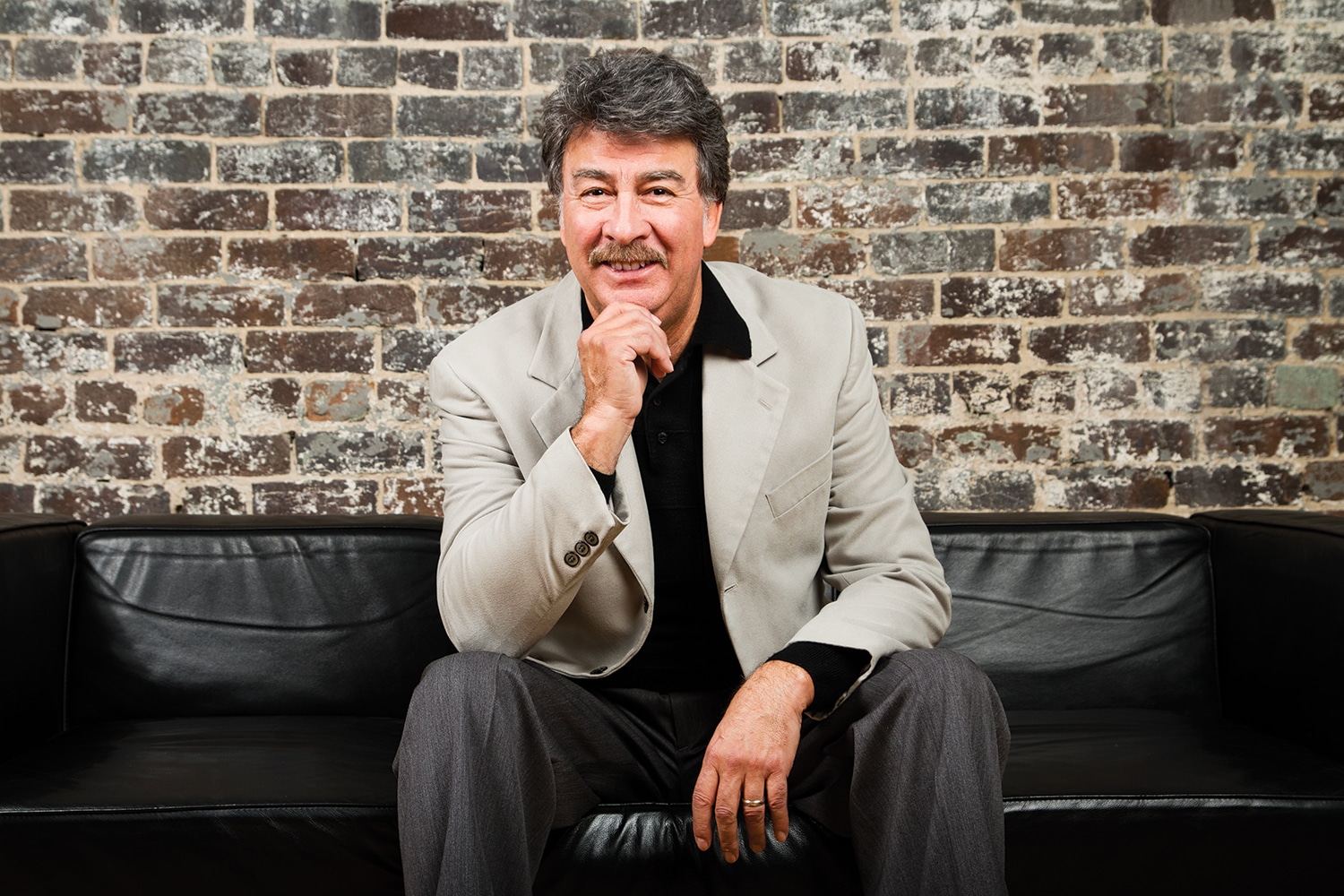 CARLOS DE CUESTA isn’t a man who pulls his punches. At 6 feet 3 inches, the 67-year-old can seem an intimidating presence, even without the full head of thick, wavy hair and penchant for wearing dark sunglasses. But get to know De La Cuesta, and the topic of conversation may not be what you’d expect: You’ll find a man who spends a lot of time talking to other guys about incontinence and sexual dysfunction.

​Since his diagnosis of stage II prostate cancer nearly seven years ago, De La Cuesta has been a mainstay of his local prostate cancer support group near his adopted hometown of Louisville, Tenn. For men facing the disease, the side effects of treatment can be a sensitive subject—one that many do not want to discuss. But De La Cuesta doesn’t fear any stigma from talking about topics that may be viewed as “unmanly”; it’s the consequences of silence that concern him. “I feel that talking about it lets you free yourself, in a way that not only helps yourself but helps other people,” he says.

De La Cuesta is nothing if not blunt. “To admit to another guy that I pee in my pants and cannot make love to my wife [without help] is really tough,” he says. “It really goes to the core of being a man. We guys don’t want to admit that to anybody. I think for centuries it’s been a sort of sign of manhood. If you peed in your pants at school, man, that was the end of that person.”

“Carlos has a charisma,” says Jeanie Green, a medical assistant and nurse at Tennessee Urology Associates in Alcoa and the leader of De La Cuesta’s support group, which meets at Blount Memorial Hospital in Maryville. “He’s a force to be reckoned with.” Most important, says Green, De La Cuesta is willing to talk to anybody at any time about even the most sensitive topics related to prostate cancer. “He’ll be the first one to talk to you about sex,” says Green, who affectionately calls her group members “my boys.”

“If you don’t know what to expect, it’s like being defeated before you’ve even started,” explains De La Cuesta. “I have always believed that shared knowledge—whether it’s about diseases, work, life or whatever—the more people know, the better off we are. I want the guys in the group to know [about the treatment process] beforehand so they can feel better that they have the basics to understand what’s going to happen.”

Talking to Your Doctor About Treatment Options and Side Effects​

Make the most of your visits with your doctor.

Frank conversations with your doctor about your treatment options and their potential side effects can help you make an informed choice that is right for you. Prostate cancer survivor Carlos De La Cuesta offers several suggestions to make the most of your visits with your doctor:

De La Cuesta knows a little something about things not going according to plan. At 20, he bought a one-way ticket to the U.S. from Bogotá, Colombia. He was headed to Mississippi, where he planned to learn English. “I flew into Miami, but the pilots were on strike,” he says. Unable to take a connecting flight, he tried to catch a bus. “I don’t know what happened, my English wasn’t so good, but I ended up in Memphis.” At a loss, De La Cuesta called a taxi and asked the driver to take him to a cheap hotel. “He thought I meant sleazy”—with prostitutes—“so I ended up in this cheap hotel with an itty bitty bed and a chest of drawers that barely shut. The door hardly closed—I could hardly sleep I was so scared. Things like that happen to you because you’re not prepared,” he says. “And you can’t prepare for something you don’t know.”

If De La Cuesta’s English was so-so at the time, his prospects seemed even more iffy. “I turned 21 on a Greyhound bus headed from Miami to New Orleans,” he says. “And I was totally broke.” After going to school in Mississippi, he eventually returned to Tennessee. He held a series of odd jobs, working as a cook at a Shoney’s restaurant at one point. “My family was very well off in Colombia,” says De La Cuesta. “I had never really even been inside a kitchen.” Despite the abrupt change in lifestyle, he didn’t want to go home.

“That guy that left South America, he was a tall, skinny introvert, very unsure of himself,” says De La Cuesta. “But that’s why I had to leave.” In Tennessee, he got a job at a steel company, then launched his own steel engineering firm, which he still runs today. “I know who I am, where I’ve been and what I want,” he says.

One thing De La Cuesta is confident about today is that men should have a commitment to their health. “I have employees with health insurance that’s paid for and they still won’t go and get screening tests,” says De La Cuesta. “They say, ‘Oh, well, I have to die of something.’ ”

According to the most recent data from the National Cancer Institute’s Surveillance, Epidemiology and End Results (SEER) program, the rate of prostate cancer among Hispanic men like De La Cuesta is about 19 percent lower than among men in the U.S. as a whole, and Hispanic men are also about 25 percent less likely to die of prostate cancer than men in the general population. Still, prostate cancer is the most common cancer other than nonmelanoma skin cancer among American men, diagnosed in about 240,000 American men last year. It is also the second-leading cause of cancer deaths in American men, behind lung cancer, with nearly 30,000 deaths in 2012—though most men with prostate cancer will not die of it. About 95 percent of men are initially diagnosed with a cancer that is confined to the prostate and nearby lymph nodes, according to SEER data. Their prognosis for five-year survival approaches 100 percent. The prognosis for men initially diagnosed with metastases is more serious, with a five-year survival just below 30 percent.

​​ For De La Cuesta, a routine PSA test in 2006 showed a mild elevation of prostate-specific antigen in his blood. He decided to follow his doctor’s advice and get a biopsy, which showed a moderately aggressive 4-millimeter tumor that involved both lobes of his prostate. “We went over all the options: I could have radioactive seeds implanted, we could watch and wait, or I could have the whole thing removed surgically,” explains De La Cuesta, who decided on minimally invasive robotic surgery. “I’m the sort of person that just wanted the thing gone.”

By that point in his life, De La Cuesta was a man who liked to know what to expect. With his wife’s encouragement, he found a local prostate cancer support group: Jeanie Green and her “boys.” “I walked in, and all these guys were like, ‘Oh, the surgery is no big deal, you’ll be better in four weeks—it’s a piece of cake.’ ”

In reality, the experience was far from a cakewalk. While the robotic surgery itself went more or less without a hitch, De La Cuesta is still dealing with the aftereffects.

“The consequences were drastic,” says De La Cuesta. “I didn’t expect it to be as bad as it has been. My incontinence was tough, for the first year it was horrendous. I had to wear the thick pads, and I still didn’t know what was going to happen. For three or four hours nothing happens, but then you sneeze and you go.” And then there was the erectile dysfunction. “For the first two and a half years, I never had an erection without pills or a pump,” he says. 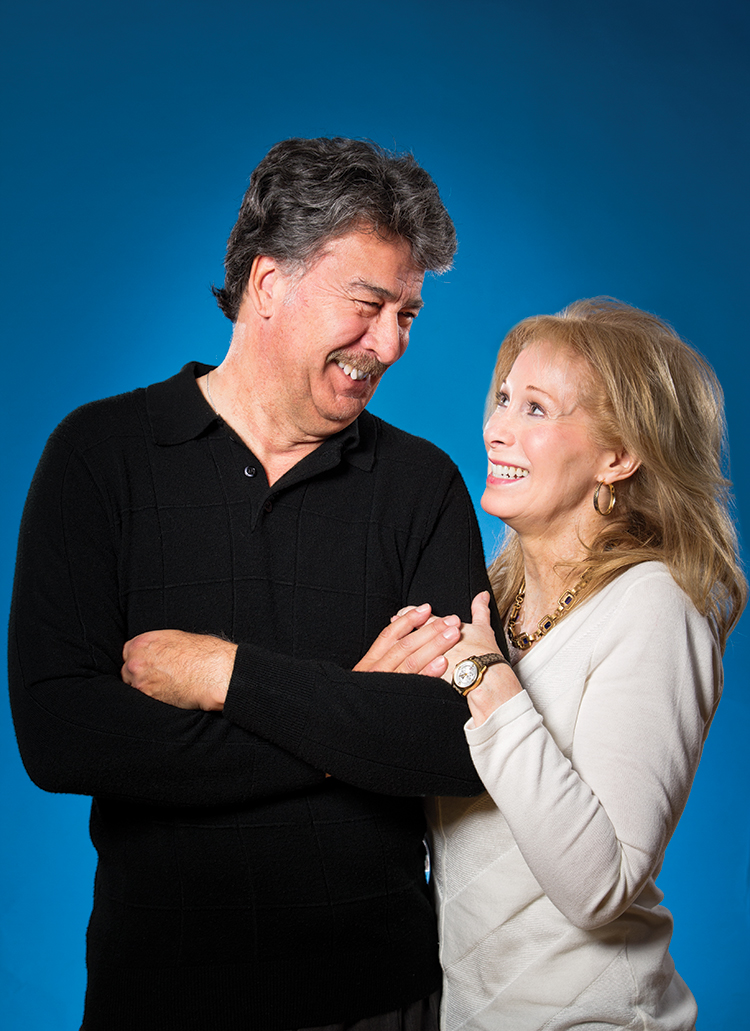 “There’s a relationship change that happens,” says De La Cuesta’s wife, Cathy. “We’d never dealt with anything like that before and we’d been together for 10 years. You deal with it or you sink.”

“He had moods at first,” she says, as a result of the erectile dysfunction and the incontinence. “He didn’t think things were ever going to work again and that this was going to be it.” That bothered her husband more than Cathy.

“It’s gotten better, but I’ve had to work at it,” adds De La Cuesta, who credits regular use of a vacuum pump and Kegel exercises with improving his condition. And though his incontinence has improved, he is still mindful of wearing pads when playing tennis. Though De La Cuesta continues to see progress, he expects these problems will stay with him the rest of his life.

Cathy has noticed other changes too. “He’ll say things he’d never say years ago, and I like that he’s open like that. It’s honest,” she says. “You can really see how it’s affected him. He’s so much more open about talking to other men—the down and dirty details of everything.”

Though De La Cuesta still believes surgery was the right decision for him, he wishes he had been better informed about the potential side effects. “I just wanted to know from somebody who knows what you’re going to go through,” he says. Doctors “don’t really know how it feels.” And the information he got from other survivors, he says, “was not enough.” Because De La Cuesta was so unprepared for the toll of incontinence and sexual dysfunction on his life, he wants to make certain that other men understand the risks for side effects when they compare treatment options, such as surgery, radioactive seeds and watchful waiting. Each man, he believes, should make the decision that is best for him.

This more open approach to life now extends beyond cancer for De La Cuesta, who recently lost his mother because of complications of Alzheimer’s, a disease with which Cathy’s mother is now struggling. “I think the cancer made Carlos more empathetic,” says Cathy. “It’s not as if he was a bad guy by any stretch before, but he is very much a get-it-done type of guy. If he has a cold at work, he’ll power through and he expects everyone else to be the same. Now it’s like, when someone is sick, they’re sick. I think, in that way, if getting cancer could ever be described as being a good thing, that empathy really helped.”

Strength in the Pack

While undergoing treatment for colon cancer, Trevor Maxwell started Man Up to Cancer, a support community for men.