A recent discovery may help explain tumor growth in children.

It typically takes decades for normal cells to accumulate all the genetic errors necessary to become cancer cells—this helps explain why a person’s cancer risk increases with age. But when it comes to pediatric cancers, this explanation falls short, as it cannot account for the speed with which cancer develops in children. Now, findings from a study published in the July 16, 2013, Proceedings of the National Academy of Sciences suggest one reason may be how cellular pathways spurring cancer growth develop in these tumors. 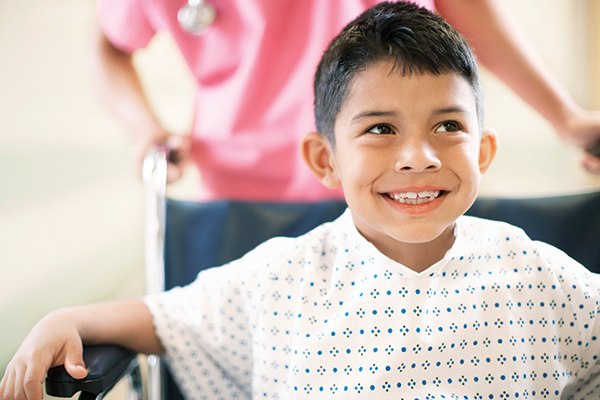 The study, led by Peter Houghton, the director of the Center for Childhood Cancer and Blood Diseases at Nationwide Children’s Hospital in Columbus, Ohio, focused on a cell checkpoint called ataxia telangiectasia mutated (ATM) that looks for DNA problems and can promote repair or tell cells to die when errors are found. Houghton says his team became interested in ATM after a previous study found low levels of ATM in solid pediatric cancers. “This was surprising,” says Houghton, because “in adults only late-stage tumors typically have low levels of ATM.”

The new study found that ATM interacts with a protein that plays a role in cell growth called mammalian target of rapamycin (mTOR). (This protein is also the target of a new class of cancer therapies called mTOR inhibitors.) Normally, ATM helps control mTOR and other proteins involved with cell growth. But when ATM levels are low, mTOR can work with other proteins to trigger cancer cells to grow. It can also send signals to make even less ATM, which makes it harder for the checkpoint to do its job.

Cells with low levels of ATM also have a hard time repairing themselves, says Houghton. This makes them more likely to respond to radiation as well as chemotherapy drugs that damage DNA—which helps explain why these treatments result in a five-year survival rate that is close to 80 percent in pediatric cancers.