The Spice of a Trial

Curcumin in turmeric may have a role in cancer treatment.

For thousands of years, turmeric, a spice used in making curry, has been part of traditional medicine in India, treating ailments that include wounds and stomach pain. Now, in a modern turn of events, researchers are conducting clinical trials to investigate whether curcumin—an active component in turmeric—can prevent cancer, shrink tumors or reduce certain treatment-related side effects. 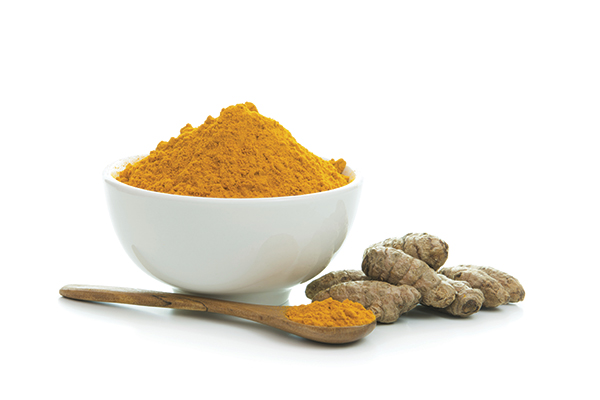 Since 1966, more than 2,000 studies on curcumin and cancer have been published. Most of these have been laboratory studies, using cells or animals. But as evidence of curcumin’s potential anti-cancer effects has mounted, researchers have begun conducting clinical trials with curcumin supplements. These trials are exploring questions like whether curcumin can boost the benefits of chemotherapy used to treat colorectal cancer, reduce skin inflammation caused by radiation, or decrease the mouth and gum pain and inflammation that can result from chemotherapy.

Because curcumin that is consumed stays in the intestine, where it might help prevent the growth of cancerous polyps, it may have the most benefit in the prevention or treatment of colorectal cancer, says Donald I. Abrams, an integrative oncologist at the University of California, San Francisco Osher Center for Integrative Medicine.

Even so, Abrams says the research does not yet support the use of curcumin supplements “without an oncologist’s approval.” He does, however, often recommend that colorectal cancer patients add curcumin—in the form of turmeric—to their diets. “We got wind of turmeric in the first place,” he says, “because it’s part of a daily diet in India, which has a low rate of colorectal cancer.”

Clinical trials are underway to study the link between cancer and curcumin.

The risks and benefits of curcumin are not known. If you are interested in trying curcumin, you should talk to your oncologist or consider enrolling in a clinical trial. Open trials include:

To learn more about these and other trials, go to clinicaltrials.gov and type “curcumin” and “cancer” into the “Search for Studies” box.

Carmen Guerra, a primary care physician at the Perelman School of Medicine at the University of Pennsylvania in Philadelphia, is currently analyzing data from a phase II trial investigating the effect of curcumin supplements on biological markers linked to tumor growth in colorectal cancer patients who have completed treatment. Even though lab studies appear promising and trials like hers are taking place, Guerra cautions that she doesn’t want people to be misled into thinking curcumin is a proven treatment or a preventive agent.

“We won’t know whether it works or not,” she says, “until we have a large phase III clinical trial.”