LAST MARCH, A GROUNDBREAKING IMMUNOTHERAPY called ipilimumab (Yervoy) was approved for the deadliest skin cancer. Around 29 percent of metastatic melanoma patients survive two years by taking the drug plus chemotherapy, versus 18 percent of those on chemo alone; some live years longer. Immunologist James P. Allison paved the way for ipi by uncovering key steps in how the immune system attacks tumor cells. Allison, who lost his mother, two uncles and a brother to cancer, is a prostate cancer survivor. 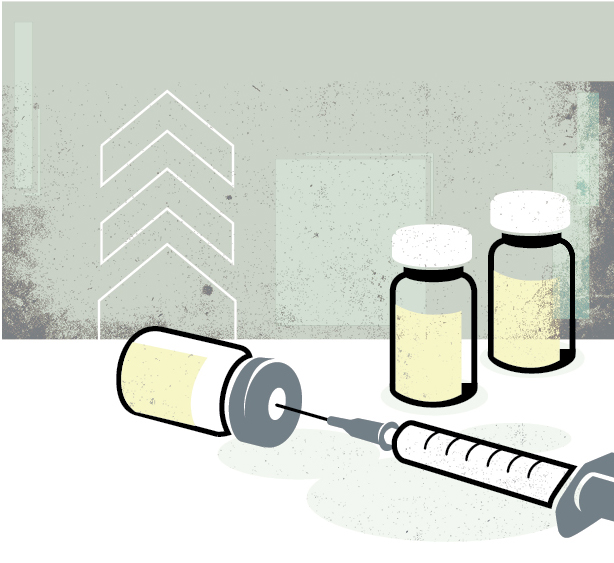 Q: What got you into studying immunotherapy?
A: Mobilizing the immune system to attack cancers is an incredibly compelling notion—that these warrior T cells [a type of white blood cells] will bind to and kill tumor cells wherever they are and provide “memory” that gives long-term protection.

Q: How does that work?
A: First, a receptor on the T cells has to recognize proteins on the tumor cells; it’s like the ignition switch to start a car. You also need a molecule called CD28 to press the gas pedal, to get the T cells going. The T cells multiply a millionfold in a few days. But after a while, they stop proliferating. In the mid-’90s, at the University of California, Berkeley, our research showed that a molecule called CTLA-4 is the brake on T cell proliferation.

Q: Where does ipilimumab come in?
A: It’s an antibody that blocks CTLA-4, taking the brakes off those T cells temporarily. What really excited me was that if you could unleash T cells to kill tumor cells, it doesn’t matter what the tumor is; I thought this could be the universal treatment for cancer.

Q: How did you find a biotech partner to develop the therapy?
A: We filed a patent on the idea. I started trying to shop it around to pharma, biotech. One reaction was, “Are you crazy?” People just blew it off. Finally, a friend’s startup company (later acquired by another company) licensed our patent, but didn’t make much progress. Then Medarex sublicensed it in 1999, made ipilimumab, and it took off. [Bristol-Myers Squibb later bought Medarex.]

Q: Did you have anything to do with naming ipi?
A (laughing): No. But when the FDA told me the name, I had pretty long hair and was in Berkeley, so I told ’em they ought to put an ‘h’ in front.

Q: Why don’t more patients respond to ipi?
A: My view is that it only works when you’ve got dying tumor cells causing inflammation, which triggers the CD28 signal that mobilizes the T cells. My bet is that if we start causing tumor death—by radiation, appropriate chemotherapies or new targeted therapies—and you give ipi then, it’s going to work in a lot more patients.

Q: Will immunotherapy be a powerful general cancer treatment in the future?
A: Absolutely. But again, to get it to work you need something on the front end that kills a lot of tumor cells. Clinical trials combining ipi with other therapies are under way.

Q: What do you think about ipilimumab’s price: $120,000 for four infusions?
A: It’s obscene. There were 6,500 patients treated in clinical trials before it got approved, so that’s a huge investment. But I just think the price is too high. [Disclosure: The University of California and Allison receive some royalties from the drug’s sales.]