Stay safe at the gym. 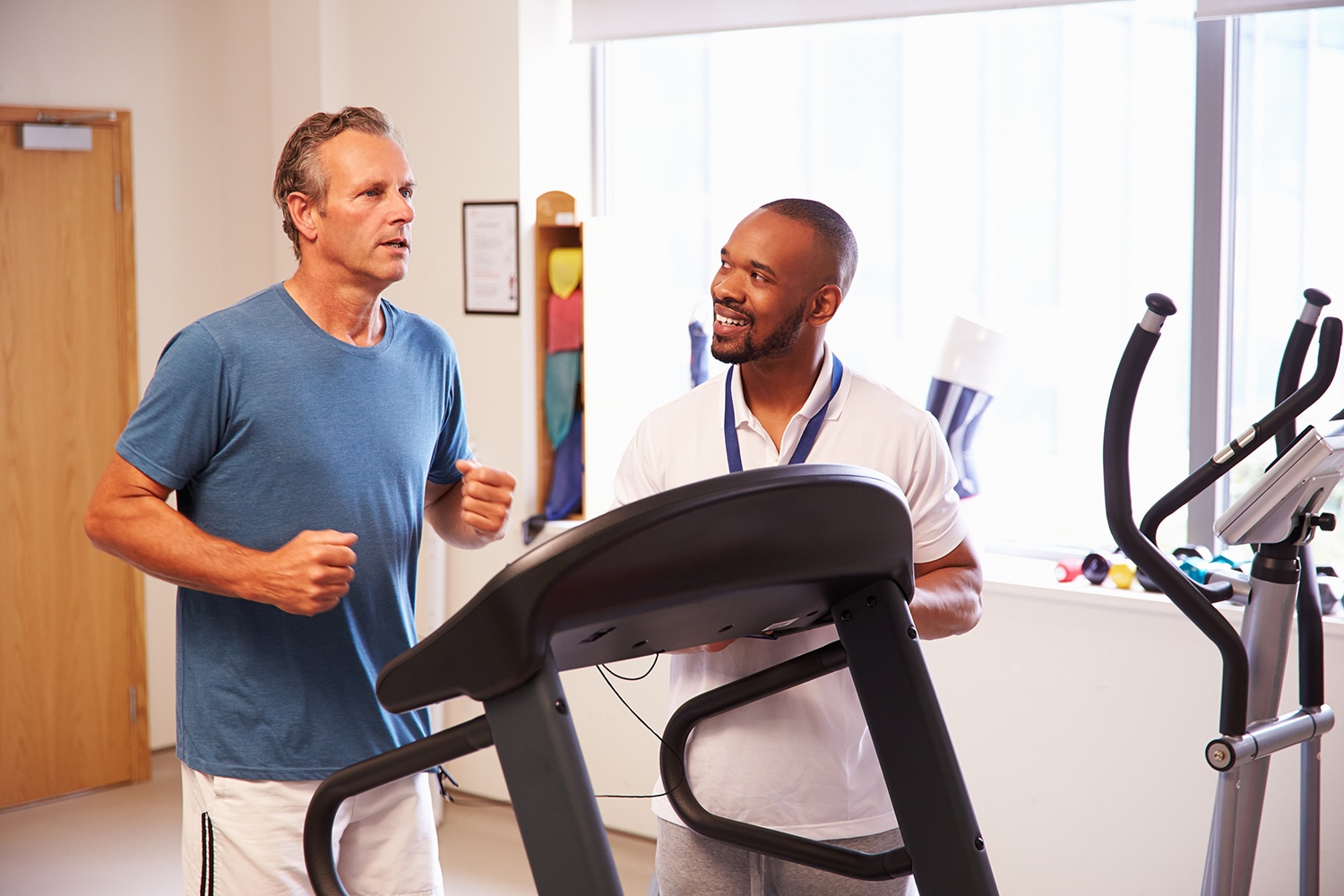 A growing body of evidence suggests that physical activity not only improves cancer survivors’ quality of life, it can also lower the risk of recurrence and even help fend off a serious decline in physical function. Last year, guidelines from the American College of Sports Medicine (ACSM) urged survivors to undertake the same amount of exercise as the average person: about two and a half hours of moderate exercise per week.

But cancer survivors often face delayed side effects—known as “late effects”—like increased risk of bone fractures and cardiac problems, so it’s important to talk to your doctor about your limitations before hitting the gym. “Ideally, you need to work with a fitness professional who understands oncology as well as exercise, who can perform an assessment and create a program that addresses your history, treatment and current fitness level,” says Riggs Klika, an exercise physiologist and the director of the Cancer Survivor Center, a cancer rehabilitation center in Aspen, Colo.

Get Fit With an Expert

LIVESTRONG at the YMCA: Find locations for this 12-week program led by fitness instructors trained in cancer care.

It doesn’t help that research findings on exercise are often presented to survivors out of context and without full details, says Kathryn Schmitz, an exercise epidemiologist at the University of Pennsylvania in Philadelphia. For example, in 2010, Schmitz and her colleagues reported that breast cancer patients who lift weights safely may reduce their risk of developing lymphedema. Upon hearing this news, many survivors rushed to their local fitness centers to pump a little iron. “If a woman hears this information and lifts weights that are too heavy,” cautions Schmitz, “she could actually get lymphedema by overloading the ability of the lymph system to move fluid and respond to the stress of lifting.”

That news is surprising—and scary—for some survivors. Scary enough, even, to prevent them from exercising at all. But, experts warn, cutting exercise out isn’t the answer either.

“There is a risk to not exercising, so putting up barriers to exercise is the last thing I want to do,” says Schmitz, who is the lead author of the ACSM guidelines. “But keeping survivors out of harm’s way is important as well.” Some cancer survivors probably don’t need any specific evaluation before they exercise, she points out, but there is no system in place to distinguish them from those who do.

“It’s absurd that we have 12 million cancer survivors alive in the U.S. and we do not have any kind of system to guide survivors or assess how their treatment might alter the type of exercise they should undertake,” says Schmitz.

The fragmented health care system may be part of the problem: It’s not uncommon for people to have their surgery in one place, their radiation in another place, and their follow-up care in a third place, Schmitz explains. There is no one person who can tell a cancer survivor how all of these treatments may affect the type and level of physical activity he or she can undertake.

Schmitz recently proposed the creation of a system to integrate exercise into breast cancer survivors’ clinical care. The model, which she outlined in the April 2011 issue of Cancer Prevention Research is based on the widely used cardiac rehabilitation model, which is designed to reduce a heart attack survivor’s risk of additional heart attacks.

The cardiac rehabilitation model consists of three phases designed to gradually move a patient out of closely monitored hospital rehabilitation and into an independent setting. The proposed cancer model would work in a similar way, introducing cancer survivors to appropriate physical activity in an independent setting. Schmitz suggests oncology nurses would be ideally suited to help determine which phase is right for a cancer survivor because they often help patients navigate the entire cancer experience.

In the meantime, experts agree that all patients—regardless of their treatments or situations—can benefit from gentle exercise such as walking. If in doubt, “avoid inactivity, start low, progress slow and let your symptoms be your guide,” says Schmitz. “We see better everyday function and overall higher quality of life for cancer survivors who exercise.”