Allium vegetables, such as garlic and onions, contain a compound that may lower the risk for several cancers. 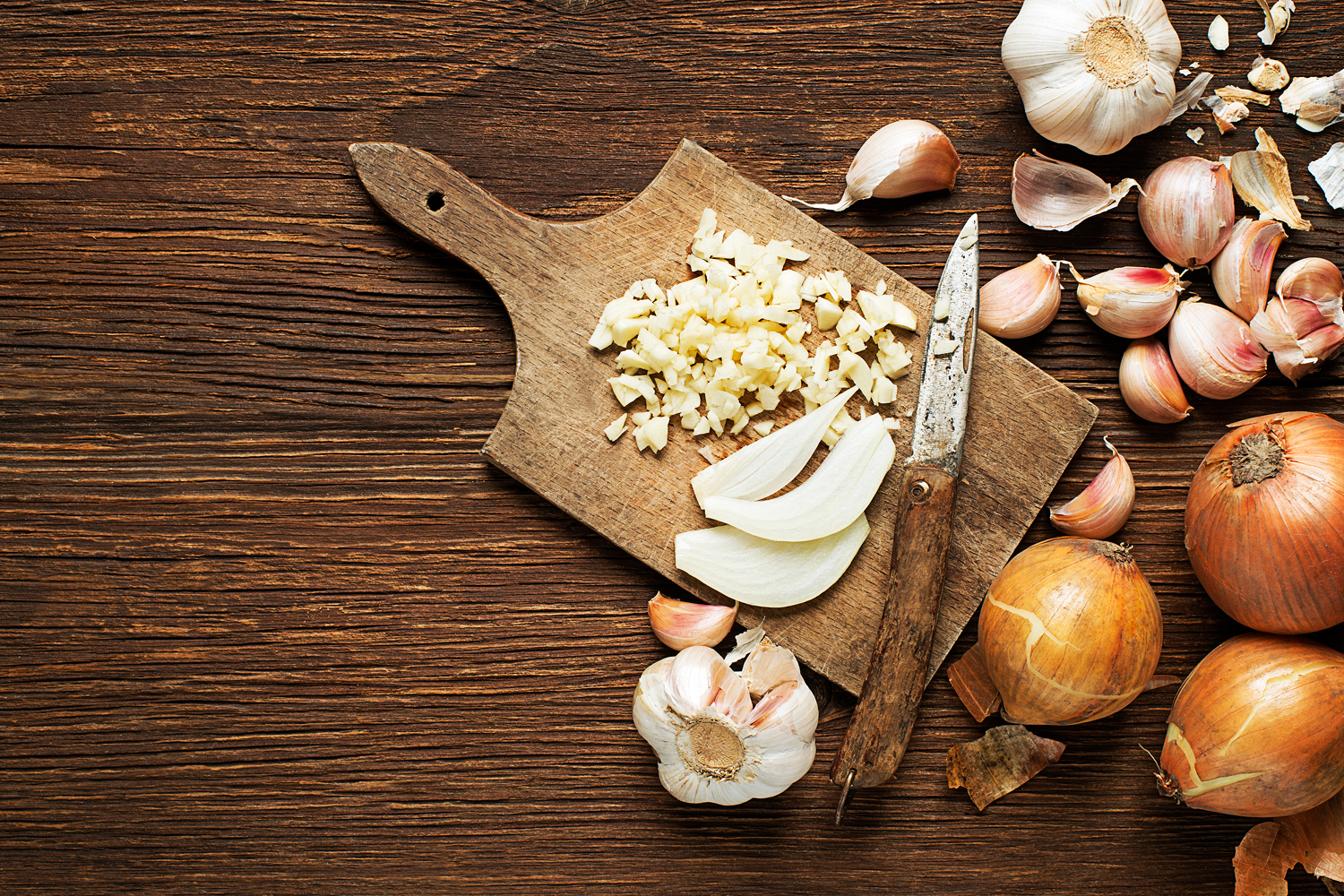 A LITTLE GARLIC BREATH may not be such a bad thing. That’s because studies show eating alliums—the family of pungent vegetables that includes garlic, onions, chives, leeks and shallots—may be associated with reduced cancer risk.

A July 2022 review in Cancer Treatment and Research Communications analyzed 25 previously published studies on alliums involving more than 18,000 people. The analysis found individuals who reported frequently eating alliums had a 14% lower risk of nondigestive tract cancers compared with people who rarely ate alliums. Findings from previous studies also suggest high consumption of garlic alone was associated with a lower risk of nondigestive tract cancers, while eating onions was associated with a reduced risk of endometrial, ovarian and breast cancers.

Give It a Rest

To boost the health benefits of fresh garlic, chop or crush the cloves and let them sit for 10 to 15 minutes before adding to heat. According to the American Institute for Cancer Research, when garlic cells are damaged by smashing or chopping, they release an enzyme called alliinase, which triggers the creation of allicin.

Multiple compounds in alliums likely play a role in this protection, but “allicin is the phytochemical, or plant chemical, in allium vegetables that has really been studied,” explains Sheena Patel, a registered dietitian and director of nutrition programs at the American Institute for Cancer Research, who was not involved in the review. “It’s a thiosulfinate, which is a precursor of a lot of those sulfur-containing compounds that give garlic and other allium vegetables their distinctive odor and flavor.” Lab studies on cancer cells suggest allicin can inhibit tumor cell growth and induce cell death.

Try this recipe for a flavorful way to work allium vegetables into your meals.

Pickling mellows the flavor of onions. Peel and thinly slice one red onion and place slices in a 1-quart glass jar. In a small saucepan, combine 1 cup white vinegar, 1 ½ cups water and 2 teaspoons kosher salt. Bring to a boil, and allow salt to dissolve. Remove from heat, and cool 5 minutes. Pour liquid into the jar until onions are covered. Refrigerate for up to a week. Serve onion pieces on salads, tacos and fish.

Patel says some people experience heartburn or other gastrointestinal trouble when they eat onions and garlic. In that case, she recommends experimenting with different preparation methods. Cooking onions gently until they’re caramelized, for example, gives them a sweet flavor with less of a kick. Patel also suggests sampling other alliums, such as garlic scapes, shallots and leeks, which have milder flavors.