A knowledge of the different types of skin cancer can help you remain vigilant. 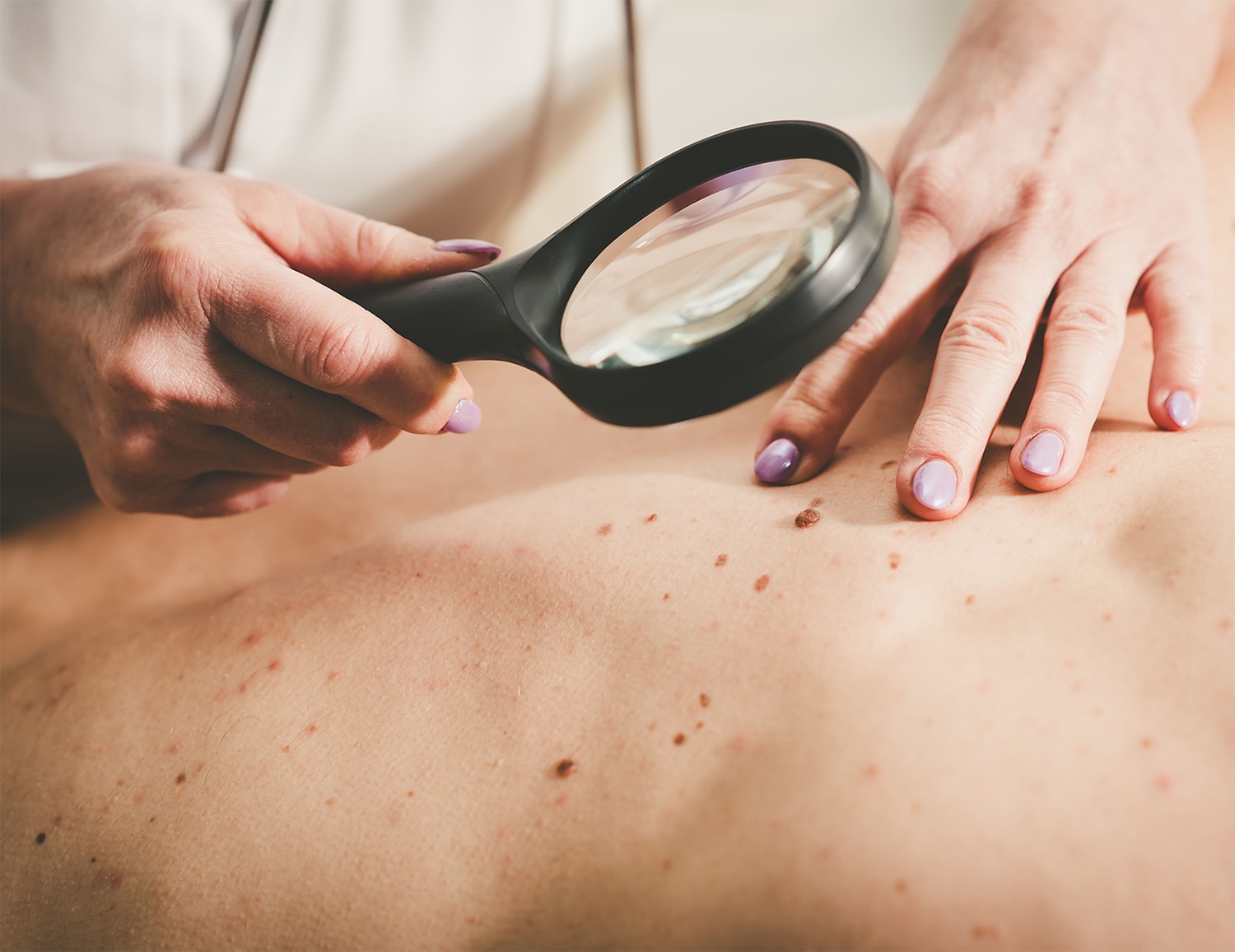 SKIN CANCER is the result of skin cells’ abnormal growth, but just as the word cancer is used to refer to a group of illnesses, there is much variation among different types of skin cancer. The three most commonly diagnosed types of skin cancer are melanoma, basal cell carcinoma and squamous cell carcinoma. There are many more uncommon forms of skin cancer, however, so if you find something unusual or new on your skin, it may be worth showing your doctor or dermatologist. 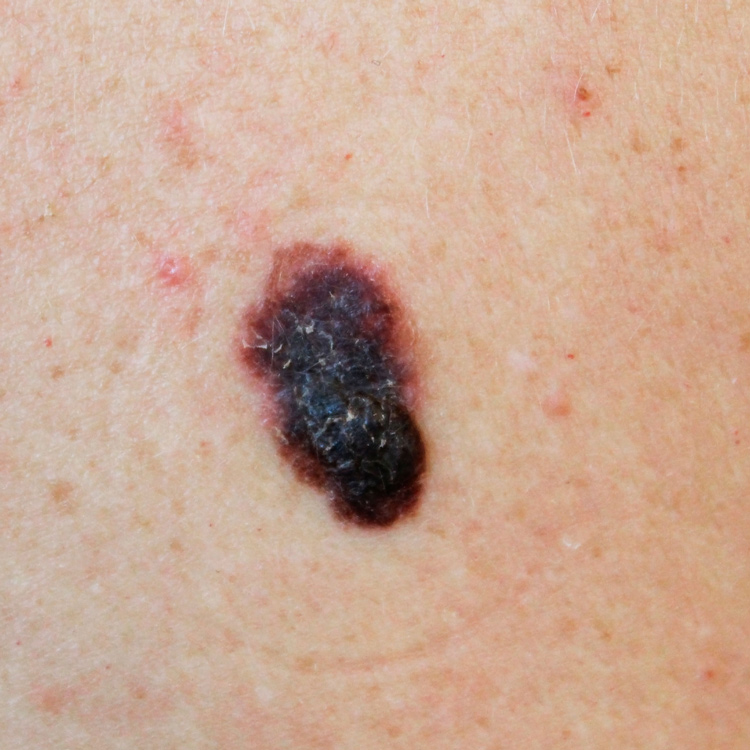 Cells called melanocytes produce the protective pigment melanin, which is responsible for the tanning of skin exposed to sunlight. When these cells begin to grow out of control, they can form a cancerous tumor. If found early, melanoma can often be treated with surgery, but if left unchecked, it can grow deep into the skin or metastasize via blood vessels.

Look out for: a mole that changes in size or appearance, a large brownish spot, or a lesion with an irregular border. 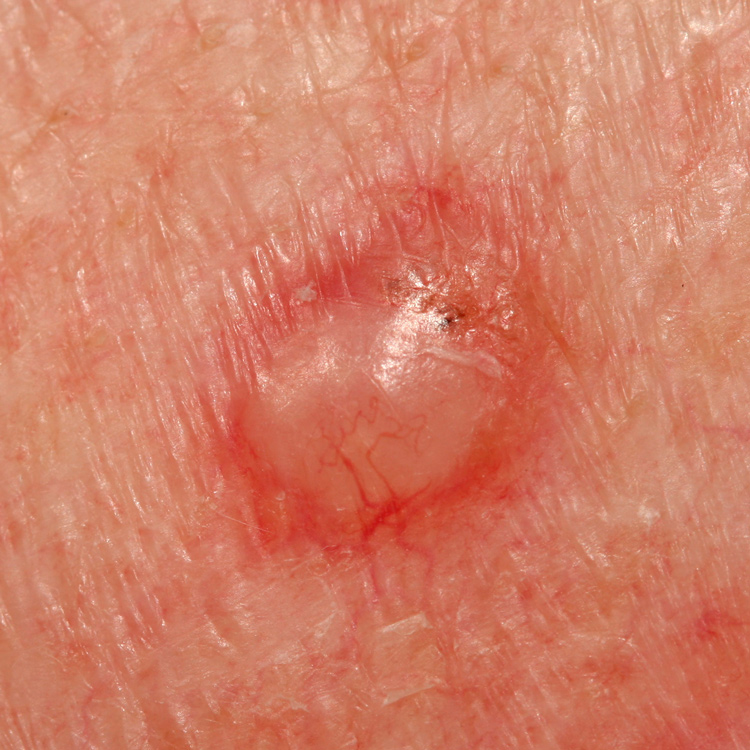 The most common form of skin cancer is basal cell carcinoma, accounting for about eight of every 10 cases. It is most common on areas of the body that are frequently exposed to direct sunlight, such as the head and neck, but it can develop anywhere. While this type of cancer typically develops slowly and is unlikely to spread to other parts of the body, it is capable of extending into the bones or subdermal tissues if left untreated.

Look out for: a pearly or waxy bump, a flat lesion that is pink, red or brown, or an open sore. 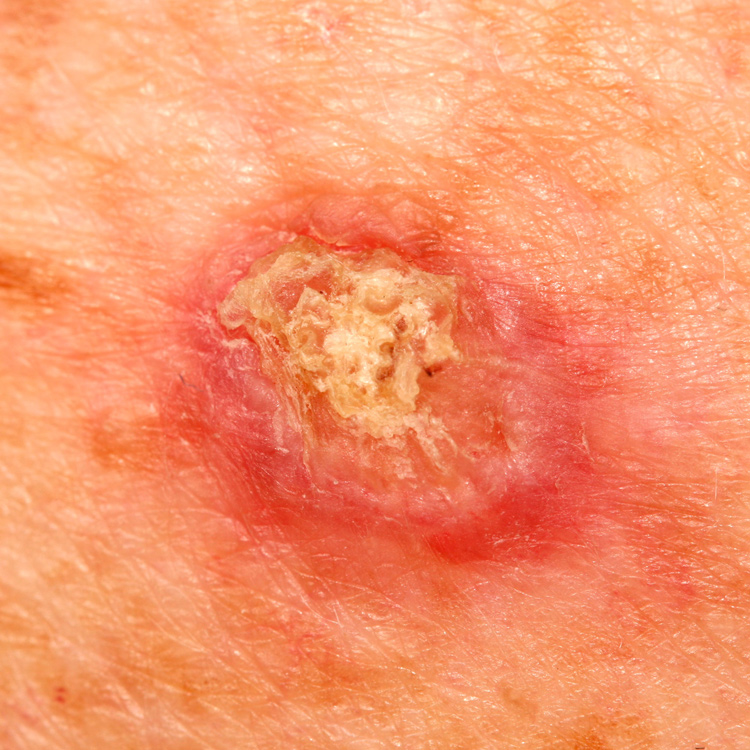 Look out for: a scaly red patch, a firm red nodule, or a sore that heals and reopens.