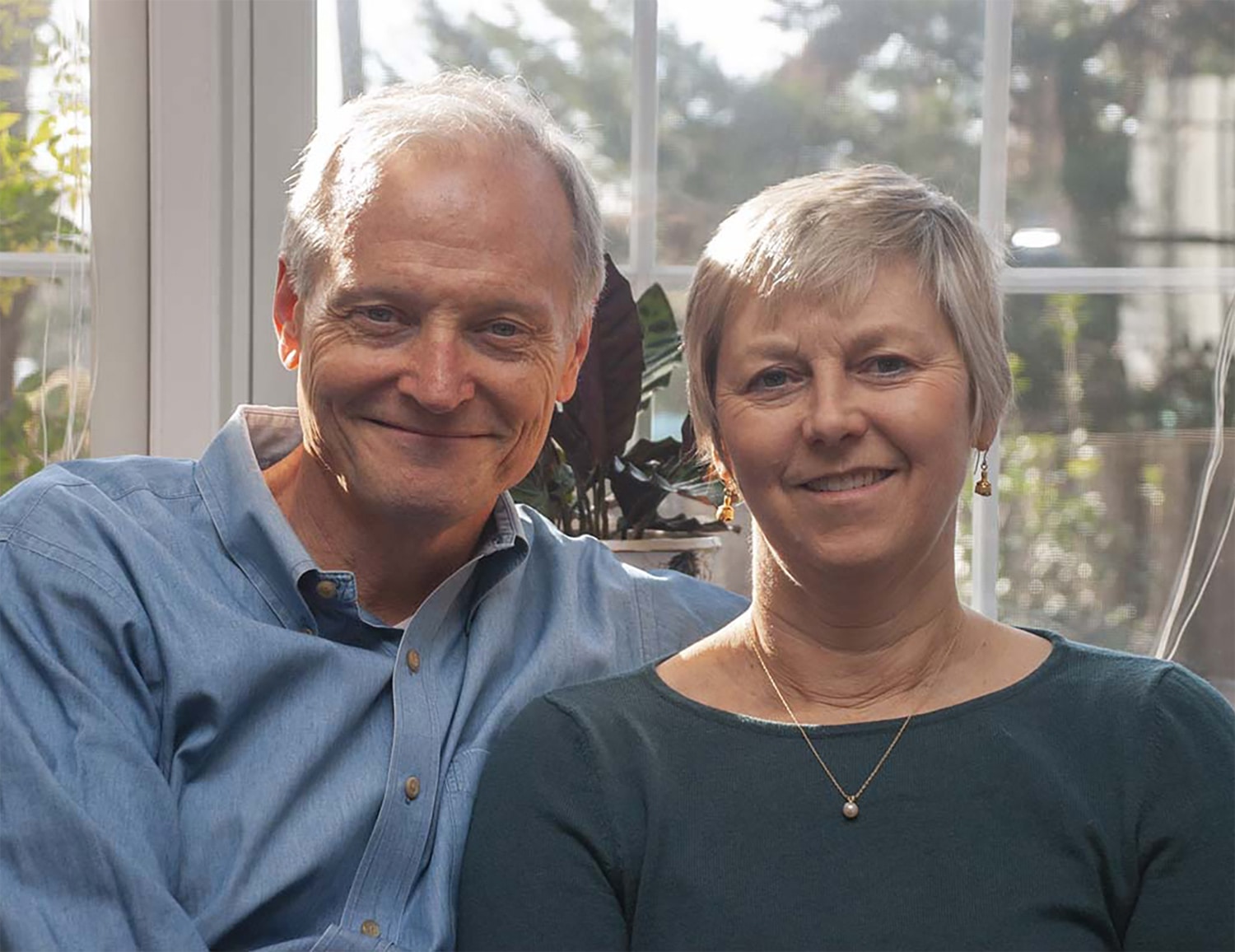 HAVING AN ONCOLOGIST IN THE FAMILY might feel like a godsend when facing a cancer diagnosis. But when Liza Marshall was diagnosed with stage III breast cancer in 2006 at age 43, she and her husband, John, a medical oncologist at the Lombardi Comprehensive Cancer Center at Georgetown University in Washington, D.C., quickly learned that no amount of cancer expertise could fully prepare them for their new roles as caregiver and patient.

Before Liza’s diagnosis, John would often talk about his work at the dinner table, and Liza, who practiced law until 2004, had spent a lot of time volunteering with a local cancer charity. When Liza was diagnosed, the couple’s son was 13, and their daughter was 10—and they, too, were no strangers to discussions about cancer. In a newly released memoir, Off Our Chests, the husband and wife detail their individual experiences and recollections in alternating chapters. “It’s a tough road to walk, being an oncologist whose spouse has a cancer with a dire prognosis,” Liza writes in the book. “It’s also a tough road to walk, going through cancer treatment with a spouse who knows as much as the treating physician and much more than the patient.”

Liza’s pragmatism allowed her to take one step at a time as she plodded through treatment, which consisted of a mastectomy, five months of chemotherapy and six weeks of radiation. But John couldn’t help but be reminded of the worst-case scenario. Not only did he carry the knowledge of all he had witnessed firsthand in practice, but also memories of his mother, who had died of non-Hodgkin lymphoma when he was 13. Despite the couple’s attempts to maintain some sense of normal life, John’s professional exterior slowly started to crack.

“It was Liza’s cancer, but it kind of broke me,” John says, acknowledging the helplessness felt by many caregivers. Ultimately, John decided to begin therapy after being prompted by his family. Eventually, time away from his practice and research center during a sabbatical helped him heal and afforded the couple time to write the book.

John and Liza recently spoke with Cancer Today about their motivation for writing their book, as well as what they learned from the process.

CT: What made you decide to write a book together?
LIZA: A friend of ours suggested we write about our experiences years ago after we got a good response to an article in a local magazine about our story. We thought it was a good idea to write a book, but we didn’t have time in our schedules then. I guess about six years later, John decided to take a sabbatical, which we write about in the book. He was beginning to burn out, and that’s when we decided to write it.
JOHN: We went off into our separate corners and wrote our own chapters without sharing them with each other. When we were done, we read each other’s chapters. For me, at least, the process allowed me to say some things in writing that I might not have had the courage or the language to say to Liza. So, in some ways, it was like therapy.

CT: There’s an authenticity and vulnerability in your writing, evident in how openly you talk about things like sex and missteps you made along the way of your cancer journey. Was it difficult to share these things?
LIZA: There were some times when we read each other’s chapters where we might have been a bit shocked, but we also knew we needed to accommodate and provide space to write our feelings with honesty.
JOHN: In the end, we made a conscious decision to leave that vulnerability in the book because we knew sharing might give others the courage to talk, which can be tough in medicine. As a physician, especially, you are supposed to be tough and objective. Being able to voice some of these vulnerabilities gives people the courage to do the same.

CT: There’s a point in the book where John is trying to be all things to his patients. He gives his personal email address and cell phone numbers, for example. I wonder, given the amount of stress in the profession, how do you navigate boundaries as an oncologist who wants to provide the best care?
JOHN: It’s very tricky. We are called to this profession. And, we want to be the best oncologists and answer that calling, but we also are exposed to a lot of challenges and we see people die. Those of us who have long careers in oncology need to address what comes along with this. Even coming back from the sabbatical, it’s very hard for me to practice with guardrails up. I don’t really know how. I think it’s that balance: You need to be close and personal with your patients, but on the other hand, you have to recognize the risk when doing it.
LIZA: I tried to stress to John that he needed to rethink his boundaries with patients so he could keep working with them. He was too stretched emotionally.
JOHN: That’s one reason why we wrote the book. We don’t reflect on our vulnerability as physicians, and we should.

CT: What are your thoughts on therapy specifically for oncologists, given the heavy burden you all carry?
JOHN: The last thing we need as a profession is one more required thing to do, but I do think there needs to be room for dialogue. A few of my colleagues were trying to do a paper on how to build in support or some acknowledgment of the pressures we’re under, but of course we didn’t have enough time to write it. There’s a strong need to manage our health. I listened to my family who said therapy was a good idea for me, and I think it was. I think the sabbatical was very important for me, and those breaks can be built into a normal oncology career if we find a way. These breaks are important for patients as well because cancer can be all-consuming, but we also have to remember why you are there—and that’s to live.