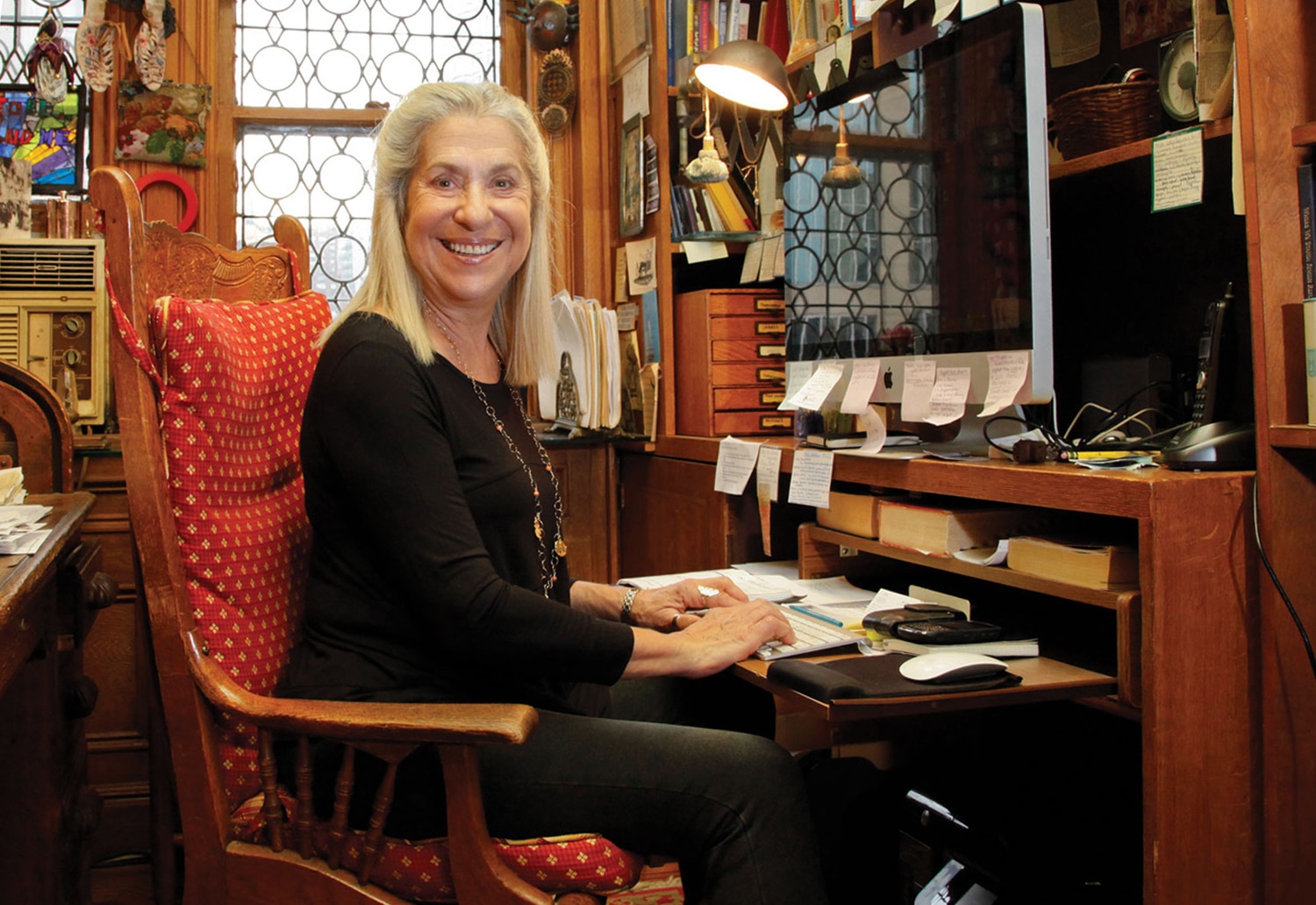 AFTER TREKKING THROUGH NEW YORK CITY’S Central Park in a blizzard and arriving at Memorial Sloan Kettering Cancer Center, Letty Cottin Pogrebin, an author and activist who has been at the forefront of the feminist movement since the 1970s, felt an unexpected energy reverberating through the usually quiet waiting room.

“The snowstorm has broken the ice,” Pogrebin would write, describing the mood on that day of her radiation treatment for breast cancer in 2009, when she was 70 years old. “Rather than hide behind their newspapers, my colleagues are trading stories about how they got here, where they started out, what weather-related hardships they endured.” One patient described her disappointment toward a neighbor who failed to accompany her to treatment that morning; others leaned in and nodded empathetically.

Thinking of the friends who stood by her during her treatment and those who were noticeably absent, Pogrebin went on to talk to more than 80 people affected by illness. Roughly half of those interviews were with fellow patients and the family members and caregivers who accompanied them to their treatments at Memorial Sloan Kettering. “They all had stories about illness and friendship,” Pogrebin says. Adding her own thoughts about the roles of her friends during her breast cancer treatment, which consisted of lumpectomy, lymph node resection and radiation, Pogrebin published How to Be a Friend to a Friend Who’s Sick in 2013.

Waiting rooms proved to be a crucial part of her research, even though Pogrebin had spent much of her life afraid of hospitals. In her book, she describes how her 53-year-old mother went to the hospital for surgery for what was then called a “woman’s cancer.” Two-and-a-half months later, her mother died. Pogrebin, who was 15 years old, still isn’t sure whether her mother had ovarian or uterine cancer.

Through Sept. 23, Cancer Today will be talking about How to Be a Friend to a Friend Who’s Sick in our online book group.

Pogrebin, who is now 80, recently spoke with Cancer Today about changing attitudes toward cancer and how to support a friend or family member who is ill.

Q: How did writing the book help you process your own treatment and breast cancer diagnosis?
A: Writing is always cathartic for me. But what was so amazingly comforting, supportive and affirming was interviewing people. I was able to see a commonality in experiences and to talk to a community of people without feeling like I was bending someone’s ear or freaking someone out. Your best friends put their best efforts into empathy, but nobody can say, “been there, done that,” unless they have gone through it. It’s nice to have someone say, “I remember that,” or, “I’m feeling that right now.”

Q: What tips would you offer to those who are trying to support a friend or family member with cancer?
A: It’s good to bring something or do something that tells the person, “I know you, and I think this’ll help you right now.” A person needs somebody who acts like a friend and doesn’t generalize the person into a blur of boxes to check. There are better ways to support a person than flowers, for example. You can bring a book of poems to someone who is contemplative or a video game to someone who consumes media voraciously. These actions say you know a person.

Q: What if you aren’t sure what to do?
A: I usually say, “I want to bring something, so what do you need?” It might be something as simple as toilet paper or half-and-half for coffee.

Q: How can patients get comfortable expressing their wants and creating boundaries?
A: The patient can be explicit and say, “I know you want to go through this with me and I’m so grateful that you’re at my side, but may I tell you what’s helpful and what’s not?” It’s really a two-way street of communication, which means a friend or loved one must be comfortable hearing, “I don’t want to talk about that.” It’s OK for someone who is going through an illness to ask for a few days. If a friend expresses that she doesn’t have time, there are still ways to support her. You can always mention that you’re available whenever she is ready—even for just taking a walk.

Q: What if you can’t dedicate the time you need to visit?
A: You can’t fulfill everything that people may need, and that’s again where you need to be honest and say, “I have to tell you what’s going on in my life because I’m not going to be available, and I wish I were.” Preemptively say it, though.

Q: What do you recommend to patients who are disappointed by friends who don’t call or don’t follow up?
A: That’s something you never forget. It may be five months later, and you realize you haven’t heard from that person and they’ve known about your illness all this time. I wouldn’t make an issue of it because then it becomes, “Why didn’t you?” and, “You didn’t.” For me, I file it away and I change my expectations of that person and that friendship.

Q: In the last 10 years, how has your relationship with cancer changed?
A: Well, I know “lucky” is a ridiculous word to say about cancer, but I’m lucky enough to have had the kind of cancer that was manageable. I have enough friends who’ve had totally different experiences to realize how atypical my situation is compared to others. Having said that, it never leaves some corner of your mind that you’ve had it, and that you didn’t know you had it, and therefore you might not know if you have it now. I still have that odd sense of vulnerability, even though I’ve been very lucky and feel quite good.

Q: Does time help?
A: Absolutely, time helps. What also helps is a community of people who are willing to talk about this. It is more normalized now. I could be at a dinner party and somebody will say, “I just finished my chemo,” putting it out there. It helps too that I’ve met so many vibrant women who have had cancer and have gotten through their treatment and are thriving.