Targeted therapy approvals increase options and hope for some patients. 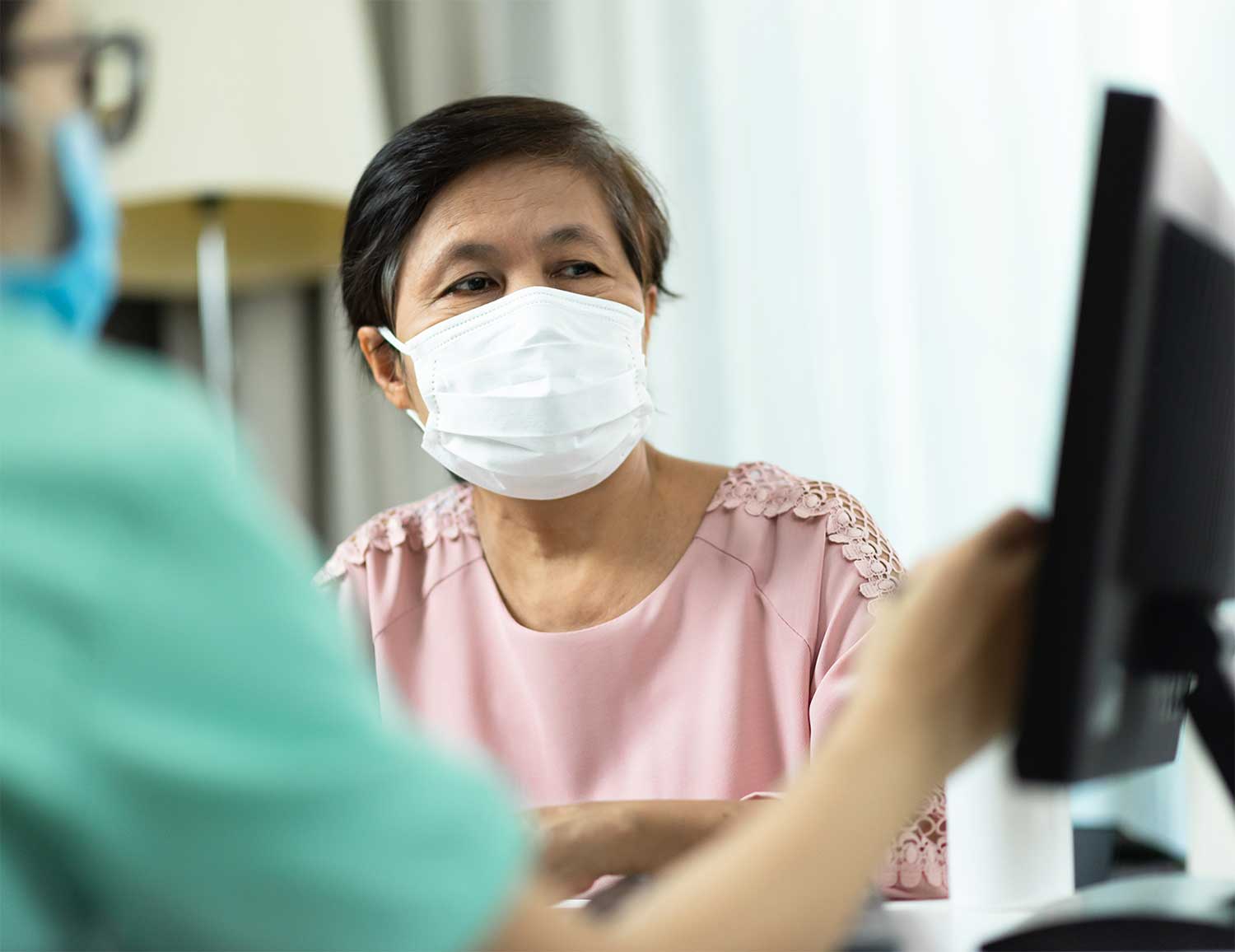 THERE IS NO CURE for metastatic breast cancer. Patients stay on a treatment until it no longer keeps the cancer in check and then move on to the next. More treatment options can mean adding months or years to someone’s life. The Food and Drug Administration (FDA) has recently granted a number of approvals for therapies to treat metastatic breast cancer, which has given many patients more hope.

Some of the new therapies target breast tumors that make too much of a protein called human epidermal growth factor receptor 2 (HER2). These account for about 20% of all breast cancers. Several drugs have already been approved to treat HER2-positive metastatic breast cancer. But “for the most part,” says Ian Krop, a medical oncologist at Dana-Farber Cancer Institute in Boston, “patients’ cancers develop resistance over time,” so there were limited options after patients had tried those drugs. Krop worked on several of the clinical trials that led to these new drug approvals.

These are some of the latest therapies approved by the Food and Drug Administration for treating metastatic breast cancer:

One new therapy is Nerlynx (neratinib), which was approved for use in combination with the chemotherapy drug capecitabine to treat metastatic HER2-positive breast cancer that has stopped responding to two or more HER2-targeted therapies. The approval, in February 2020, was based on the results of a phase III study that showed patients on the combination of Nerlynx and capecitabine had a median overall survival of 21 months, compared to 18.7 months for those on a combination of capecitabine and Tykerb (lapatinib), a previously approved therapy targeting HER2.

The FDA approved the HER2-targeted therapy Enhertu (fam-trastuzumab-deruxtecan-nxki) in December 2019. The approval was based on findings from a phase II clinical trial presented at the San Antonio Breast Cancer Symposium earlier that month that showed the drug kept tumors from progressing for a median of 16 months in the 184 patients in the study—a response rate higher than what is seen with currently available HER2-targeted therapies. All of the patients in this study had tried at least two other HER2-targeted treatments.

Clinical trials are now underway evaluating Enhertu in metastatic breast cancer patients who have had only one or two previous HER2-targeted treatments or who have tumors that express very low levels of HER2, says Shanu Modi, a breast oncologist at Memorial Sloan Kettering Cancer Center in New York City. Modi was one of the researchers involved with the phase II trial that resulted in Enhertu’s approval. The hope, she says, is that Enhertu can be used to treat metastatic patients who have not tried other HER2-targeted treatments, and perhaps even be more effective in this group.

The participants in this study had been treated with at least three prior HER2-targeted therapies for early-stage or advanced cancer. Rashmi K. Murthy, a medical oncologist at the University of Texas MD Anderson Cancer Center in Houston who led the study, says it is one of the rare trials to include patients whose cancer has spread to the brain. The study found that the patients with brain metastases who took the Tukysa combination went for a median of 7.6 months without having their tumors progress, compared to 5.4 months for those who took the standard combination. “These were definitely very striking results,” says Murthy.

In the 1980s, the median survival after a diagnosis of metastatic breast cancer was 20 months. Today, the median survival is about three years. This improvement would not have happened without cancer research. But it also would not have occurred without the metastatic breast cancer patients who enrolled in the clinical trials that tested new therapies.

Shirley Mertz, who was diagnosed with metastatic breast cancer in 2003, says there is a common misconception that if a doctor suggests a clinical trial, the patient’s case is considered hopeless. “That’s not true,” says Mertz. “Depending on [the type of breast cancer you have], you may have the opportunity to test something that can make a difference.”

The Metastatic Breast Cancer Alliance, the organization Mertz chairs, recently launched an updated version of their app, MBC Connect, which helps patients find trials and provides a database that patients can search to see how others with their type of cancer are doing on certain treatments.

BreastCancerTrials.org has a tool, Metastatic Breast Cancer Trial Search, that helps patients find trials they are most likely to be eligible for. “Our goal is to make sure patients know all their options for care,” says Elly Cohen, the nonprofit’s program director.

Also in April, the FDA granted accelerated approval for Trodelvy (sacituzumab govitecan-hziy), a new therapy for patients with metastatic triple-negative breast cancer whose tumors have stopped responding to at least two other therapies. Trodelvy is an antibody-drug conjugate. It attaches to Trop-2, a protein found on triple-negative breast cancer cells, where it releases the chemotherapy drug irinotecan.

Oncologists say patients should discuss these new options and their potential side effects with their care team. “When we have multiple drugs approved, we get into the question of which one do we choose,” Murthy says. Doctors and patients will have to discuss potential side effects and benefits and use their discretion to determine the next step forward, she says.