Clonal Hematopoiesis: You Are Not the Same Person You Used to Be

DNA sequencing of blood cells may provide clues for how cancer and other illnesses develop. 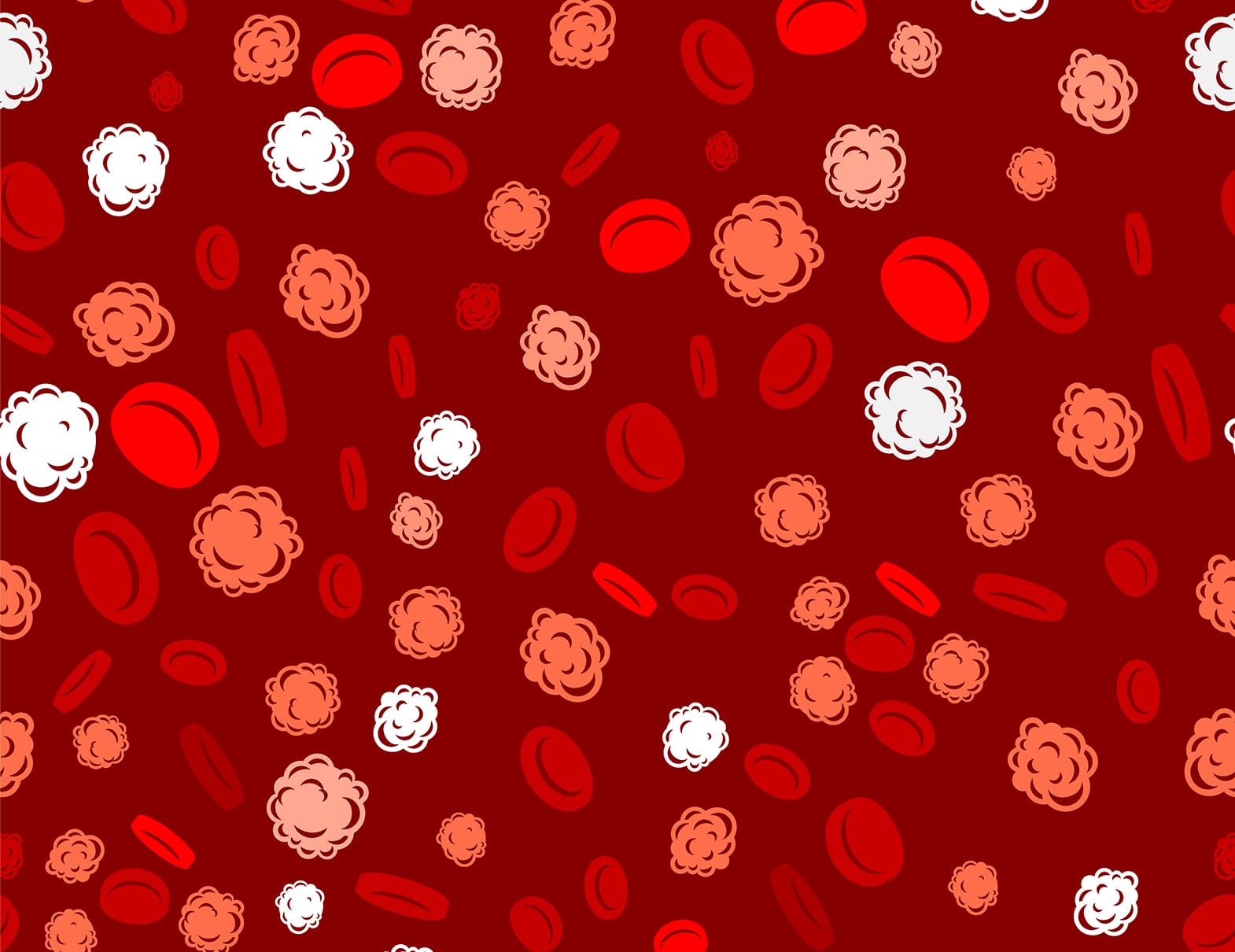 EVERY DAY, BONE MARROW STEM CELLS produce as many as 200 billion red blood cells to carry oxygen to tissues, 10 billion white blood cells to fight infections and 400 billion platelets to prevent bleeding and bruising. This high rate of blood component production has a cost: Over a person’s lifetime, genes can acquire defects that lead to a small but increased risk for developing blood cancers.

When new cells are needed to replace old, worn-out cells in our organs and tissues, the DNA that encodes the blueprint for all cellular components from one cell must be replicated faithfully in each of the new cells. To accomplish this, the coding sequence of more than 6 billion base pairs must be fully and accurately copied. This is a difficult feat: During replication, when one cell divides to create two cells, as many as 100,000 mistakes occur. Fortunately, the replicating cells fix almost all of the mistakes, though about 10 errors persist for each new cell formed. These errors, which result in changes in DNA sequence, are called mutations.

The progressive accumulation of mutations among rapidly replicating cells as people grow older has been revealed by sequencing blood cell DNA. Each person is born with an estimated 50,000 to 200,000 bone marrow stem cells. These stem cells, also called hematopoietic cells from the Greek haima (blood) and poiein (to make), divide to produce two “daughter” cells every 40 weeks or so. On average, one of the two daughters remains a stem cell, while the other commits to reproducing many times to meet the need for mature blood cells in the circulation. In this way, the bone marrow stem cells, which do not divide as often as the committed cells, are relatively protected against developing new mutations attributable to DNA copying mistakes. Nonetheless, with 10 or more mutations appearing every time one cell divides to become two, about 60 million to 240 million mutations might be expected to accumulate among the bone marrow stem cell pool over an 80-year life span.

By chance, one of the acquired bone marrow stem cell mutations might affect a gene encoding a function important in stem cell renewal or survival. If such a mutation provides an advantage for one stem cell over the others, the progeny of this genetically distinct stem cell might come to dominate blood cell production, a phenomenon known as clonal hematopoiesis. Progressive loss of other worn-out bone marrow stem cells as a person grows older is likely to accentuate dominance by such a stem cell clone with a mutant gene. Clonal hematopoiesis is rare before age 50 (1% of individuals), but it can appear in 10% to 20% of those above age 70. Of note, clonal hematopoiesis would have been a silent condition were it not recognized via DNA sequencing of blood cells, because it is not associated with symptoms or abnormalities in conventional laboratory tests.

Clonal hematopoiesis may be an early precursor of leukemia and a rare bone marrow disorder known as myelodysplastic syndrome. Fortunately, the chance for these blood cancers to appear in people with clonal hematopoiesis may be 1% or less per year. This has prompted some to name the condition clonal hematopoiesis of indeterminate potential (CHIP). Provocatively, though CHIP has been scrutinized intensively for its propensity to progress to blood cancer, recent data have hinted that CHIP might also predispose people to cardiovascular disease, perhaps via accelerated atherosclerosis. There are no recognized treatments for CHIP, though finding the condition would merit attention to routine general medical care for those affected.

More than 80% of human cancers arise after age 60. This raises several questions. Do other stem cells in the body accumulate mutations with age like bone marrow stem cells? Are the organs and tissues supplied by such stem cells prone to clonal dominance by a genetically distinct clone with a mutant gene? Does clonal stem cell function in these organs predispose a person to other cancers? The explosion of DNA sequencing technologies may provide clues.