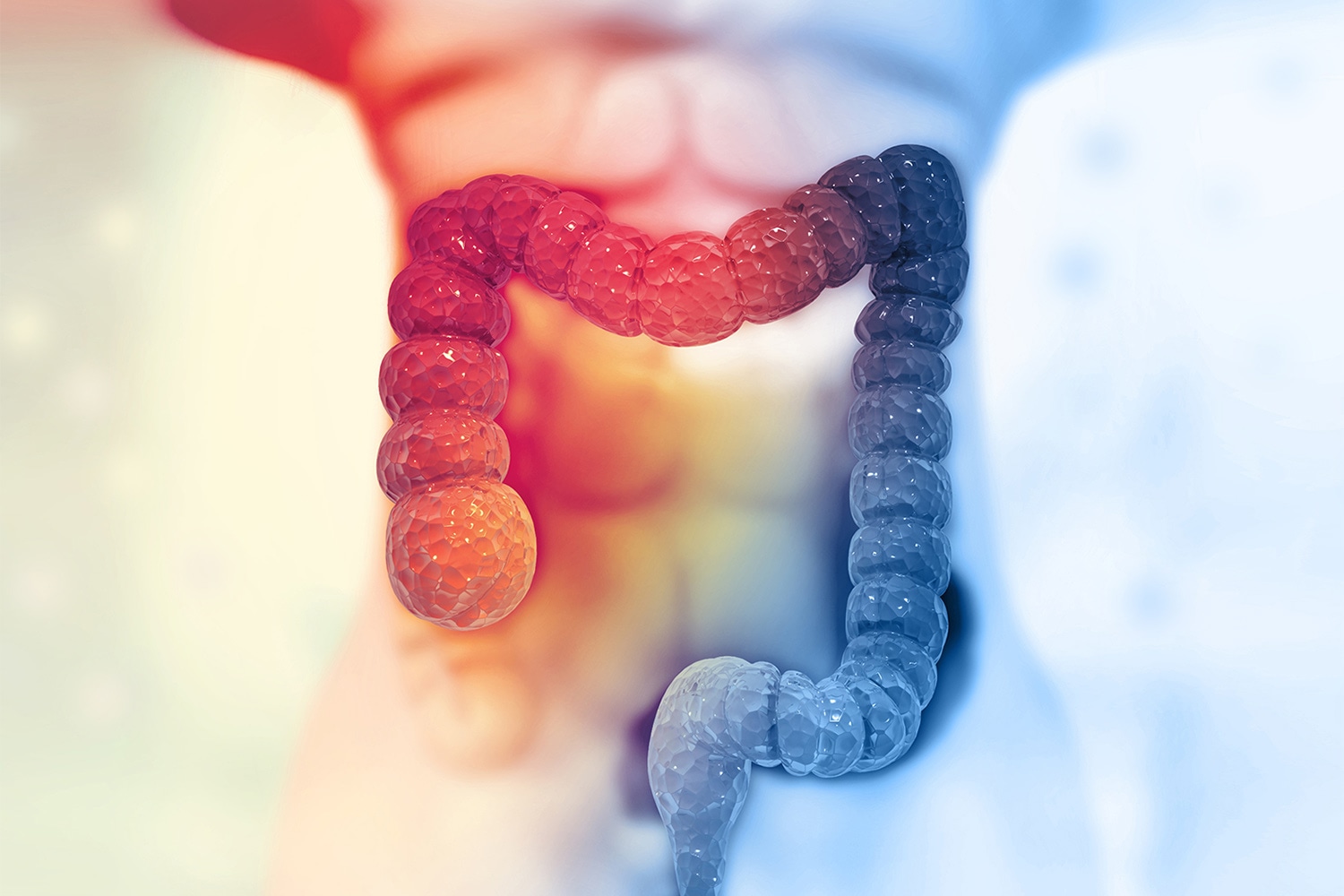 PEOPLE WITH STAGE II COLORECTAL CANCER often face a difficult decision about whether or not to follow up their resection surgery with chemotherapy, typically guided by their oncologist’s assessment of their cancer as either low- or high-risk. Now, new blood tests for circulating tumor DNA (ctDNA) could help improve decision-making about chemotherapy.

These tests also may assist with surveillance for recurrence, which affects roughly 20% to 30% of colorectal cancer patients with stage II or stage III disease—cancer that has grown into or through the intestinal wall and may have moved into nearby lymph nodes, but not to other parts of the body. Right now, patients are monitored after treatment with imaging scans and blood tests for carcinoembryonic antigen (CEA), a protein that is often elevated in the presence of cancer but is not always a reliable indicator.

Blood tests for ctDNA detect small DNA fragments shed by the tumor to determine if there is minimal residual disease, which cannot be picked up by imaging but is a reliable predictor of eventual recurrence. The Signatera test uses tumor tissue to create a personalized set of the most relevant gene mutations associated with a patient’s cancer, and then tests the blood for them. Other ctDNA tests, such as Colvera and Guardant Reveal, analyze a blood sample for DNA fragments with changes commonly associated with colorectal cancer. These tests share the same goal: to identify high-risk patients with remaining microscopic disease so that treatment and follow-ups can be tailored accordingly.

Research to date is promising. A recent European study screened 265 patients with stage I-III colorectal cancer via the Signatera test shortly after surgery and then periodically over several months. Of the 20 patients with detectable ctDNA after surgery, 75% eventually relapsed, versus 13.6% of those who tested negative. The researchers also found that serial ctDNA analysis predicted recurrence before imaging scans by a median of eight months, with greater accuracy than the CEA blood test. A study of Guardant Reveal at Massachusetts General Hospital in Boston found that 100% of 15 patients with detectable ctDNA had recurred by one year of follow-up, compared to only 12 of 49 patients who tested negative for ctDNA. These studies are part of a body of research suggesting that ctDNA testing may be useful in finding recurrences early and determining whether early-stage patients are likely to benefit from chemotherapy. The tests may also help monitor patients’ response to treatment over time.

The Signatera test has already received breakthrough device designation from the Food and Drug Administration, a category reserved for novel medical devices with potential to provide more effective treatment or diagnosis of life-threatening conditions than existing options. However, it’s too early to recommend ctDNA testing routinely, says Van K. Morris, a gastrointestinal medical oncologist at the University of Texas MD Anderson Cancer Center in Houston. Morris is leading a clinical trial sponsored by the National Cancer Institute that is evaluating Guardant Reveal as a predictive biomarker for chemotherapy benefit in patients with apparently low-risk stage IIA colon cancer. The trial will enroll over 1,400 patients from the U.S. and Canada after surgery and assign them to either standard-of-care surveillance or ctDNA testing. In the second group, the blood test results will determine whether or not they receive chemotherapy.

“In stage II cancer, we desperately need a predictive biomarker that tells us which patients will benefit from adjuvant chemotherapy or, alternatively, will not benefit and can be spared its toxicity,” Morris says. What’s also still unclear, he adds, is how ctDNA results can be used to benefit patients after they receive treatment. “If positive ctDNA results suggest the cancer is never going to go away, yet we just blindly offer patients more chemotherapy, we are not changing the outcome and we’re giving patients more anxiety,” Morris says. “We need the data to know that we are helping our patients.”

Multiple international trials are assessing the value of ctDNA tests in guiding treatment decisions and monitoring for recurrence in colorectal cancer. Namrata Vijayvergia, a gastrointestinal medical oncologist at Fox Chase Cancer Center in Philadelphia, says she has discussed the Signatera test with some  patients but remains cautiously optimistic until more evidence is available.

“For patients who may be too sick or too frail to have chemotherapy, a negative ctDNA result can give them some reassurance,” she says. For patients in general, though, “if you are ctDNA-positive, there is a very high chance of the cancer coming back, and we may not have the tools to alter the outcome,” adds Vijayvergia. “Will escalating chemotherapy or giving more of it turn you to a ctDNA-negative result? If a ctDNA test turns positive, after treatment, is there a benefit to starting more treatment right away? We are waiting for results from studies being done at this very moment.

“This is far from the standard of care yet, but some patients are asking about it,” Vijayvergia notes. “Decisions have to be made on a case-by-case basis, so patients should have in-depth discussions with their doctors.”