The Evolution of Cancer 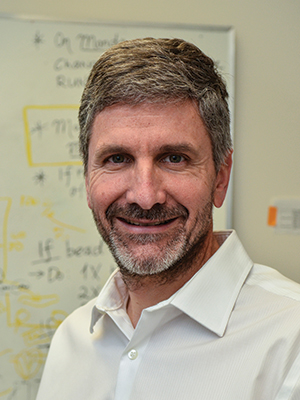 When explaining the development of cancer, scientists typically say something like: Cancer cells are normal cells that have acquired mutations that cause them to grow out of control.

James DeGregori, a molecular biologist at the University of Colorado School of Medicine in Aurora, doesn’t think that explanation tells the whole story. He and his colleagues have introduced a new model for how cancer develops. This model, called adaptive oncogenesis, views cancer through an evolutionary biology lens. From this perspective, the tissue that surrounds cells—their microenvironment—is as significant to cancer’s development as the mutations in the cells. Cancer-causing factors like smoking, radiation, diet and aging can alter the microenvironment. DeGregori believes the ways these tissues change create an environment that favors the growth of cells with cancer-causing mutations.

Cancer Today spoke with DeGregori about how this hypothesis could lead to new insights into cancer prevention and treatment.

Q: What role do you think mutations play in cancer development?
A: The idea that mutations cause cancer is still the paradigm in the field. But we’ve estimated that by the time you are 18, your cells have half of all the mutations that you will ever have. That’s because it takes more cell division [for you] to grow than to maintain your growth, and each time cells divide, there is a chance for a mutation to occur. So, if we have so many mutations by age 18, then how do we avoid getting cancer until age 50? The reason is because of natural selection. Tumor suppression is the norm in younger people because that is when they are going to reproduce.

Q: So the mutations just sit around until something triggers them?
A: We can’t avoid mutations. They are part of the evolutionary natural selection process. We are riddled with mutations, some of which are potentially oncogenic (cancer-causing). It’s not a matter of whether we have them; it’s a matter of whether they do harm. The vast majority of them don’t. The reason we get cancer later in life is the same reason we are no longer reproducing later in life: During our youth, when we are most likely to reproduce, our cells maintain our bodies well, and that maintenance helps prevent cancer. When we are young, the microenvironment that surrounds oncogenic cells is not conducive to tumor growth because it favors normal cells over cancer cells.

Q: So the problem is aging?
A: What we are arguing is that as we age, our tissues change, no matter how well we take care of ourselves. And these changes create a microenvironment that favors cancer cell growth.

Q: Then why do babies and kids get cancer?
A: The hygiene hypothesis is one potential explanation for why childhood leukemia is around five times more prevalent in places like the U.S. than in poor Caribbean nations and sub-Saharan Africa. The idea is that in developed countries, children don’t experience the same insults to the immune system in their first year of life. Then as they get older, their immune system overreacts, and it is this inflammatory response that could create an environment for oncogenic cell growth and leukemia.

Q: What does your hypothesis mean in terms of cancer prevention and treatment?
A: Fitness of tissue is what prevents cancer. Smoking, for example, damages tissue. Not smoking keeps tissue fit. Whether you believe cancer is caused by mutations or that there are changes in the microenvironment, it doesn’t change the advice—don’t smoke. We are presenting a different explanation for why that advice is important. In terms of treatment, right now we focus on targeting cancer cells. But we could also find a way to establish an environment that is less conducive to the cancer cells. From an evolutionary biology approach, immunotherapy is a great example. It is changing the ecosystem (getting the microenvironment to go after cancer cells) and not changing the animal (the cancer cell itself).

Q: Could we evolve enough to not get cancer?
A: We evolved to not get cancer through our youth, but that was selected for over millennia. Because most cancers occur later, they don’t limit reproductive success. We didn’t evolve to age indefinitely—our cells’ maintenance programs wane with time. You can’t eradicate cancer, but you can try to limit it and treat it. Cancer has no goals. It is not trying to kill us. It is just adapting to circumstances. If we can figure out how to direct its evolution, then we can change it.