To improve outcomes for teenagers with cancer, scientists and researchers affiliated with the U.S. Food and Drug Administration (FDA) and the American Society of Clinical Oncology (ASCO) are advocating for the inclusion of patients ages 12 to 17 in relevant adult clinical trials. Involving adolescents early in the drug evaluation process—ideally in adult phase I and II studies—would help teens avoid critical delays in accessing the latest potentially lifesaving treatments. 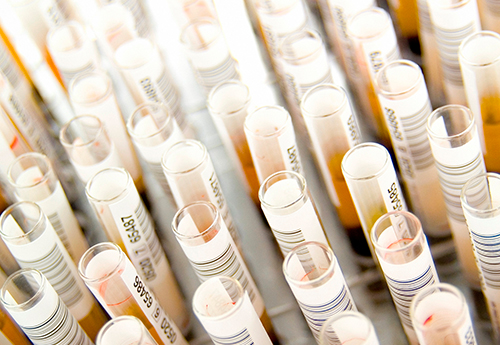 Each year, about 10,000 children under age 15 are diagnosed with cancer, and about 70,000 new cases occur in adolescents and young adults between the ages of 15 and 39, according to the National Cancer Institute (NCI). Five-year survival rates have improved overall for pediatric cancer patients over the past few decades, partly because of children’s high enrollment rates in clinical trials. But the same hasn’t been true for adolescents.

“The lack of improvement that we’ve seen in the adolescent population is very much correlated with the lack of enrollment in clinical trials,” says Michael Isakoff, a pediatric hematologist-oncologist at Connecticut Children’s Medical Center in Hartford.

One problem is that adolescents are usually diagnosed with rare cancers, and clinical trials for these types of cancers are uncommon. Another issue is that adolescents typically have been treated at adult cancer centers. To remedy that, efforts are underway to have more adolescents treated at children’s hospitals or in the pediatrics department of large cancer centers, where doctors have greater experience enrolling younger people in clinical trials.

Health care providers are also trying to dispel myths that teens and their parents may have about research studies. “Sometimes there is a lack of understanding of what it means to participate in a clinical trial,” says Nita Seibel, a pediatric hematologist-oncologist at the NCI. “Some patients feel this means they are being experimented on, or that it will take more time to participate in a clinical trial than if they just received standard therapy.”

To increase options for adolescents, in November 2016 ASCO announced plans to lower the enrollment age from 18 to 12 in its Targeted Agent and Profiling Utilization Registry (TAPUR) study for many of the trial’s treatment arms. TAPUR enrolls patients with advanced cancer whose tumors have undergone genomic testing. The study allows researchers to gather information on the effects of targeted drugs being used off-label to treat cancer types for which they are not approved by the FDA.

Fewer genetic mutations are present in adolescents’ tumors than in those found among adults, although it’s not clear why. This means a targeted drug as a treatment option is less likely for them. But for those who have that option, TAPUR could provide new alternatives. “The TAPUR study will continue to enroll patients at least through mid-2019 and possibly longer, so there should be plenty of opportunity for adolescent patients to join the study,” says Richard Schilsky, ASCO’s chief medical officer.

Later this year, the NCI intends to launch the Pediatric MATCH trial—a counterpart to the adult MATCH trial—which will enroll children and adolescents between the ages of 1 and 21. Patients who enroll in Pediatric MATCH will have their tumors tested for genetic mutations. When possible, they will be treated with an approved or investigational targeted drug that may be effective for their cancer. The trial will help researchers learn which tumor mutations are found in children and adolescents and what drug dosages they should be treated with, Seibel says.

Researchers hope creating more opportunities for adolescent cancer patients to enroll in clinical trials will result in improved survival rates. “Teenagers are not big kids, and they’re not little adults,” says Margarett Shnorhavorian, a pediatric urologist and cancer researcher at Seattle Children’s Hospital. “They have their own issues that deserve research.”