Changing the Face of Clinical Trials

Efforts are under way to increase African-American enrollment in cancer clinical trials. 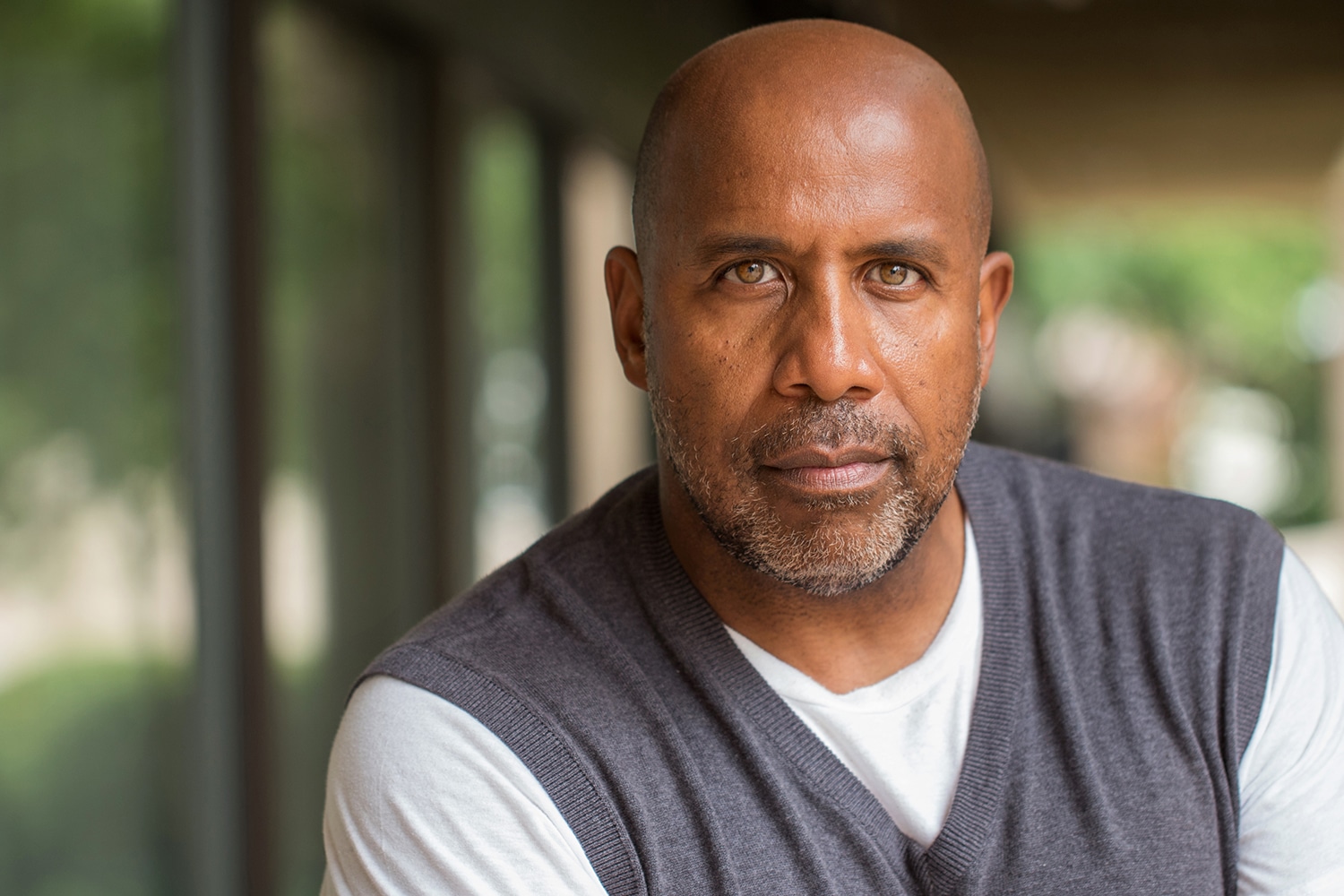 When Douglas Alexander’s prostate cancer showed signs of re-emerging after years in remission, he didn’t have any viable treatment options available. The radiation therapy he’d had when he was first diagnosed with a stage I tumor five years earlier couldn’t be repeated, and surgery also wasn’t an option: Despite rising levels of prostate-specific antigen (PSA), which suggested Alexander’s cancer had returned or spread, his doctors couldn’t find a new tumor on medical scans. So when his oncologist told him about a pilot study testing a cancer vaccine in patients at the National Cancer Institute (NCI) in Bethesda, Md., just 25 miles from his home in Bowie, Md., Alexander, now 63, readily agreed to participate.

That decision made him a bit of a rarity: an African-American in a clinical trial.

Overall, only about 5 to 10 percent of cancer patients participate in clinical trials. And when it comes to African-American cancer patients, the figures are even lower: 2 to 4 percent. This low participation makes it difficult for researchers to get answers to critical questions: Why are African-Americans more likely to develop certain cancers than other racial and ethnic groups and have higher death rates for some types of the disease? Is it lifestyle? Genetics? Treatment response? Access to health care? No one yet knows. But researchers believe that increasing the number of African-Americans in cancer trials will help them find out. So that can happen, more efforts are under way to identify the reasons that so few African-American cancer patients join clinical trials—and to implement programs that can put them on the clinical trials track.

Increasing African-American participation in clinical trials requires a focus on issues ranging from their potential questions and concerns about the studies to how and when doctors discuss clinical trials with their patients. One known problem is that many African-Americans have historical reasons to distrust the clinical trials system—a legacy of the infamous government-sponsored Tuskegee study in which several hundred poor African-American sharecroppers in Alabama were intentionally not treated for syphilis because researchers wanted to study how the disease naturally progresses.

Nikita Robinson, a senior research coordinator at the M. D. Anderson Cancer Center in Houston, Texas, says that even though Tuskegee happened decades ago, it still comes up in her conversations with African-American patients, especially older ones, when she tries to recruit them for clinical trials. “I tell them that … those things don’t happen anymore,” she says. “Research is controlled now. It’s governed by review boards. [Researchers] can’t just do whatever they want.”

Another challenge relates to health issues. African-Americans are often more likely than other groups to have chronic health conditions, like hypertension and diabetes, which may make them ineligible for clinical trials. Including patients in trials with these conditions—which doctors refer to as “comorbidities”—makes it harder to assess the toxicity of a new drug, explains Lauren Wood, an immunologist at the NCI and the lead investigator of the trial that enrolled Alexander. “One of the problems the research community is trying to address is how to design clinical trials that allow individuals who have [other health problems] to still have access to these new treatments.”

Lower participation isn’t only a result of patients choosing not to join or being ineligible. Studies have found that physicians do not discuss clinical trials with their African-American patients as often as they do with their white patients. “Physicians might feel that some [African-American] patients will not be able to understand the consent process or have the ability to adhere to the protocol,” says Susan Eggly, a communications scientist at the Karmanos Cancer Institute at Wayne State University in Detroit who studies patient-physician communication. “They also might presume that patients will be unwilling to participate.”

At M. D. Anderson, Robinson, who is African-American, tries to help minorities understand why their involvement in trials matters. “It’s important to have a voice,” she says, “and our voice can be through clinical trials.”

Throughout the country, researchers are creating initiatives and pilot programs to develop and test ways of educating the African-American community about clinical trials. Some of this work is taking place through Enhancing Minority Participation in Clinical Trials (EMPaCT), a consortium of five institutions, funded by the National Institute of Minority Health and Health Disparities. Consortium researchers have identified key problems, including inadequate training in how to recruit and enroll patients in clinical trials, patient mistrust of the medical system, and socioeconomic barriers such as lack of transportation, and they have begun crafting online training modules for researchers, physicians and patient navigators.

“Sometimes, we as health providers do things automatically,” says Mona Fouad, a clinical epidemiologist at the Comprehensive Cancer Center at the University of Alabama at Birmingham (UAB). “We want to train researchers on how to approach patients about clinical research, how to build trust, and to provide them with a platform to learn from each other.”

In conjunction with EMPaCT, UAB launched a pilot study in 2008 to investigate whether trained patient navigators could increase the number of African-American cancer patients who enroll in trials. Since the study began, African-American enrollment in cancer clinical trials at the university has increased to 22 percent from 11 percent, Fouad says. UAB is now helping the other centers that are part of the consortium develop similar programs.

Thinking outside medical walls, those looking to boost African-American trial enrollment have also found partners in local churches, which are central to many African-American communities. For example, Project CHURCH (Creating a Higher Understanding of Cancer Research and Community Health), a study led by M. D. Anderson that is investigating ways to introduce healthy lifestyle habits, recruited volunteers at three churches in Houston. In addition, the project offers classes such as healthy eating, cooking and fitness to church members and the surrounding community. With this particular trial, says Robinson, the M. D. Anderson research coordinator, “Our goal is to go out into the community and see people before they are diagnosed with cancer. We want to change behaviors that can increase cancer. … You can reach generations of one family in one church.”

Studies have shown that people from different ethnic backgrounds may have various responses to the same drug. Trials that include a diverse group of people allow researchers to learn whether ethnicity may factor into a person’s response to a particular treatment. Participating in clinical trials also can give patients access to top-notch care they might not otherwise receive.

To find trials for which you may qualify and to learn more about them:

One of the best ways for a patient to get comfortable with the idea of entering a trial is to ask a lot of questions. That’s precisely what Ruby Reynolds, who lives in Birmingham, did when her doctor suggested that she enter a clinical trial after her diagnosis of stage II triple-negative breast cancer last year.

“I had a long list of concerns about the trial,” says Reynolds, 57. She spoke with her doctor, the research nurse for the study, her family (including her sister who is a nurse) and her minister, who is a medical doctor, before she enrolled in a 12-week phase II trial at UAB that was testing the benefit of using the drug Afinitor (everolimus) with chemotherapy to shrink a breast tumor prior to surgery.

“You have to do your research, talk it over with your family, get all of your questions answered and then take a leap of faith,” she says. “You never know what it could do for you, and if it doesn’t work for you, it might [help] someone else.”

Lisa Hamilton entered a clinical trial at University Hospitals Seidman Cancer Center in Cleveland in 2004 after she was diagnosed with stage III multiple myeloma. The phase II trial compared the effectiveness of one drug with that of a combination of two drugs. “Today, I am benefiting from taking drugs that are saving my life because somebody else was brave enough to go through a trial,” says Hamilton, 48, of Shaker Heights, Ohio. “The very least I can do is give back by doing for other people what someone did for me.”

Alexander, who is taking part in the vaccine trial at the NCI, feels the same way. “I urge everyone to put aside skepticism and suspicion and just do it,” he says. “Even if it doesn’t help you, it’s helping someone else in the future.”

Leslie Harris O’Hanlon is a freelance journalist in Placitas, N.M

New therapies provide hope and options for people as they monitor and manage this incurable blood cancer.