Many people who have completed cancer treatment fear the cancer will return. This can lead patients and doctors to pursue frequent testing, in hopes of catching a recurrence sooner. But there’s a growing realization that testing doesn’t always come with health benefits. It can be costly, too.

One of the most commonly used tests in cancer care is the positron emission tomography (PET) scan, which utilizes a radioactive substance called a tracer to find cancer cells. Doctors often order PET scans to stage a cancer or to assess whether treatment is working. They also can be used following a CT scan to determine whether a suspicious-looking area is scar tissue or active cancer. But cancer care guidelines generally do not recommend a PET scan be used as a first-line test for determining if the cancer has returned. 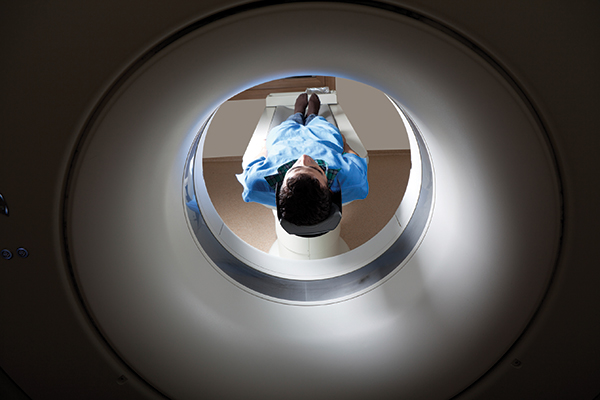 Routine PET scanning for follow-up monitoring does not contribute to improved outcomes, according to studies. Photo © iStock / selimaksan

Yet a study published in July 2016 in the Journal of the National Cancer Institute found many lung and esophageal cancer survivors received PET scans to look for recurrence. The study, led by Mark A. Healy, a research fellow at the University of Michigan’s Center for Healthcare Outcomes and Policy in Ann Arbor, used data from the National Cancer Institute’s Surveillance, Epidemiology and End Results (SEER)–Medicare linked database to examine PET scan use in more than 97,000 lung cancer patients and more than 4,400 esophageal cancer patients.

In 2013, the American Society of Clinical Oncology (ASCO) recommended avoiding PET scans in routine monitoring for cancer recurrence “unless there is high-level evidence that such imaging will change the outcome.” The study found more than 22 percent of lung cancer patients and nearly 32 percent of esophageal cancer patients had undergone at least one PET scan to look for a cancer recurrence without first undergoing a CT scan. (Results of a CT scan might lead to a PET scan.)

The study also uncovered wide variations among hospitals in their use of PET scans to monitor for recurrence. At some hospitals, patients almost never had a PET scan to monitor for recurrence, while at other hospitals, nearly every lung or esophageal cancer survivor did. The study found that patients fared equally well at both types of hospitals. Overall, about one-third of the lung and esophageal patients survived for two years.

The findings support what “the ASCO guidelines suggest—that routine PET scanning for follow-up monitoring does not contribute to improved outcome,” says Gregory A. Masters, a medical oncologist specializing in lung cancer at Christiana Care’s Helen F. Graham Cancer Center & Research Institute in Newark, Delaware. “They may [also] increase anxiety due to false positive findings,” which can lead to unnecessary tests or treatment.

These questions can help you talk to your doctor about recurrence and follow-up testing.

A PET scan can cost $7,000 or more, according to choosingwisely.org. The specific amounts patients pay vary according to their insurance coverage. Medicare limits the number of PET scans following initial cancer treatment to three per patient. (More could be covered if deemed necessary by the doctor.)

“These are good scans and appropriate in many situations,” Healy says. “However, if a patient is doing well—if they’ve been treated for cancer and are not having any symptoms—there’s no reason to seek out these scans.”