Many breast cancer  survivors struggle with vaginal dryness and discomfort, a common menopausal symptom that can also be a side effect of anti-estrogen therapies used to treat hormone-sensitive tumors.

Prescription creams, rings or tablets that release estrogen locally in the vagina are available to treat the problem. But whether these products are safe for women who have had an estrogen-fueled tumor remains an open question. 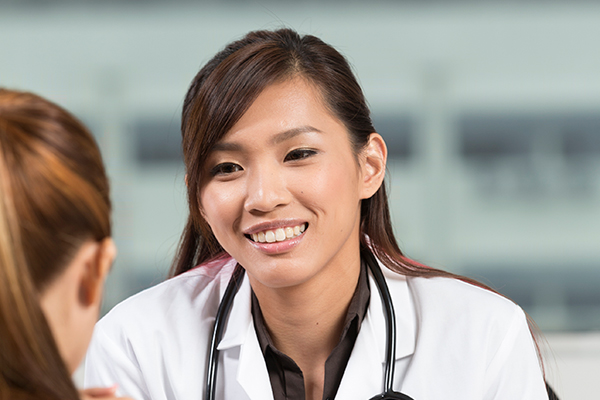 Now the American College of Obstetricians and Gynecologists (ACOG) has weighed in. ACOG’s statement, published in the March 2016 issue of Obstetrics & Gynecology, concludes that survivors experiencing symptoms such as vaginal atrophy or pain during intercourse may consider using vaginal estrogen at the lowest effective dose, if nonhormonal moisturizers or lubricants do not work.

The American Cancer Society estimates that more than 3 million breast cancer survivors are in the U.S. today. Women with estrogen-dependent cancers, who make up about three-quarters of all breast cancer cases, typically take an anti-estrogen therapy for five to 10 years to reduce the risk of recurrence. Most frequently prescribed are the aromatase inhibitors, used to treat postmenopausal women, and tamoxifen, prescribed for premenopausal and postmenopausal women. From 50 to 75 percent of breast cancer survivors taking these drugs experience symptoms like vaginal dryness or pain.

Nonhormonal moisturizers and lubricants can provide some relief. But hormonal treatments are better at alleviating the symptoms and improving quality of life, says Christopher Zahn, an obstetrician-gynecologist and ACOG’s vice president for practice. “We know we’ve got a treatment that works the best, but obviously there’s the concern about the theoretical risk.”

Some doctors and patients worry that estrogen absorbed through the vaginal wall and into the bloodstream could spur tumor growth. But when the ACOG committee reviewed the available research, it found no evidence that vaginal estrogen raises the risk of breast cancer recurrence. One study, published in 2012 in Breast Cancer Research and Treatment, followed 13,479 women receiving tamoxifen or an aromatase inhibitor, 271 of whom also used a vaginal estrogen for an average of 3.5 years. The researchers found that women who used a vaginal estrogen had the same risk of recurrence as those who did not. Two smaller studies also showed no increased risk.

Vered Stearns, a medical oncologist and co-director of the Johns Hopkins Sidney Kimmel Comprehensive Cancer Center in Baltimore, says she occasionally prescribes vaginal estrogens to breast cancer survivors with significant symptoms who have not benefited from nonhormonal treatments. But when she does, Stearns says, she explains that there is not enough data to confirm their safety. “I agree with [ACOG] that this has to be a risk versus benefit discussion,” she says.

Stearns stresses that more needs to be learned about the safety of vaginal estrogens, especially in patients taking an aromatase inhibitor. Clinical trials now underway in this group of women are expected to help address these concerns.

Although the ACOG opinion provides some guidance, ultimately each breast cancer survivor will need to decide what is right for her, Zahn says. “One patient may want absolutely nothing that even remotely has a theoretical increase in risk, and other patients are so bothered by symptoms that they [can accept a] theoretical risk that hasn’t been proved clinically.”

Most important, Zahn says, is that patients tell their doctors if they experience vaginal discomfort. Patients and doctors can then work together to try to address the problem. Patients struggling with vaginal symptoms “don’t have to be miserable,” he says.