You can’t fix cancer, but you can make a difference. 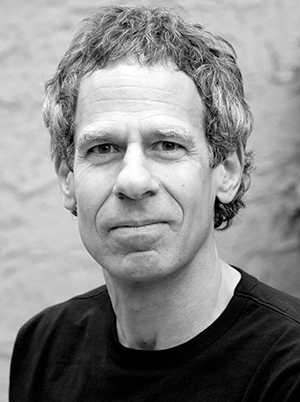 I always thought I was a sensitive guy. I believed I had a knack for saying the right thing at the right time. Then came the call. On a Friday morning at the end of August 2001, my wife, Marsha, phoned to tell me about preliminary results from her mammogram. A blunt radiologist had told her, “Sure looks like cancer to me.”

​ We talked about what would happen next. She would see the surgeon the following week. We would wait to tell our two teenage daughters until we had more information.

Then I signed off, “See you tonight.”

It was easier being in the office, where I knew what I was doing, than to head home, where I didn’t have a clue what to say or think. So there I was, deep in denial. And there was my wife, feeling as if her spouse would be no help at all in the months ahead. She later told me that she thought, “I must have called the wrong husband.”

The radiologist turned out to be right. Marsha had stage II breast cancer. She went on to have surgery, chemotherapy and radiation, and today she is in good health. Her nine months of treatment gave me a chance to make amends for my very bad start. Here is some advice on how to avoid some of my missteps.

Be Her Appointment Pal
Even if your wife says you don’t have to go to each doctor’s appointment, go anyway. Just holding her hand in the waiting room can ease her stress. Taking notes or recording the doctor’s comments will help her if she can’t recall everything the doctor says. And though you don’t want to ask questions for your wife, the two of you can discuss what she wants to talk about ahead of time. Make a list and gently remind her if there are concerns she has not yet raised.

Resist the Urge to Fix It
Call me Mr. Fix-It. I wanted to come up with my wife’s perfect treatment plan—wrapped up like an anniversary gift. Eventually it dawned on me: She had to make the decisions that made sense to her. The husband’s critical role is to be the sounding board. If she asks, tell her what you think, particularly if she’s pondering a treatment that makes you nervous. But remember: She’ll make the final decisions.

Don’t Be a 24/7 Cheerleader
My instinct was to buoy Marsha’s spirits. Sometimes that was the right thing to do. But not always. You can’t talk someone out of an emotion. So lend an empathetic ear. When your wife says, “Cancer stinks,” all she may want to hear back is, “Yep, it sure does.”

Take Care of Yourself
Cancer stinks for the caregiver, too. So take some time for yourself. There aren’t a lot of support groups for guys. You could, however, explore online forums or caregiving webinars, such as those provided at Cancer Support Community and CancerCare. Make time, as well, for your own stress-busting activities: shooting hoops, going for a run or a bike ride, or hanging out with your buddies. Just be sure to ask your wife if it’s OK. If she gives her blessing, then go for it.

Marc Silver, of Chevy Chase, Maryland, is the author of Breast Cancer Husband: How to Help Your Wife (and Yourself) Through Diagnosis, Treatment and Beyond and has co-authored with his daughter Maya My Parent Has Cancer and It Really Sucks: Real-Life Advice From Real-Life Teens.

What Are the Goals of Care?

It's never too early for caregivers to initiate discussions about treatment goals.

Bringing up the topic of finances might feel taboo, but transparency can help ensure that caregivers can plan and pivot during a loved one's treatment.