Cancer Treatment Can Reactivate Hepatitis B

Researchers make the case for screening cancer patients for hepatitis B before treatment.

For cancer patients who have previously been infected with the hepatitis B virus, some chemotherapy or immunosuppressive treatments could potentially reactivate their infection. The U.S. Food and Drug Administration called attention to the problem in September 2013 when it required warning labels about the potential hepatitis B reactivation to be placed on two cancer therapies. Now, renewing a longstanding debate, a new research review suggests that all cancer patients should be screened for hepatitis B infection before they start treatment.

The article, published in the February 2015 Hepatology, reviewed findings from more than 500 articles on reactivation of hepatitis B in cancer patients. “As hepatologists, we see the most severe cases [of patients with reactivated hepatitis], says Anna Lok, a hepatologist at the University of Michigan Health System in Ann Arbor, who was involved with the study. “To us, this is such an easy thing to prevent,” she says, because patients can be started on an antiviral medication before cancer treatments begin. 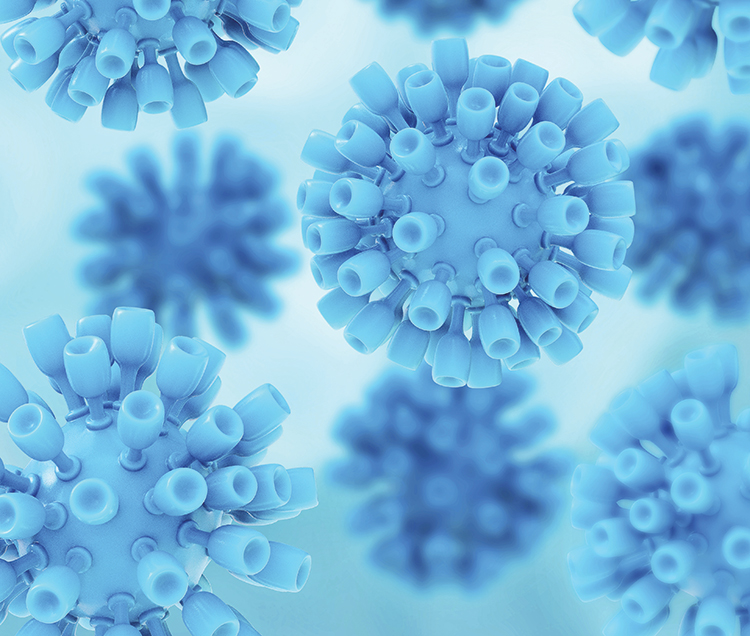 Reactivation can lead to jaundice, abdominal pain and fever, and, in severe cases, may cause acute liver failure and death.

Approximately 12 million people in the U.S. have been infected with hepatitis B, and up to 40,000 new people are infected each year.

In a provisional clinical opinion published online May 11, 2015, in the Journal of Clinical Oncology, the American Society of Clinical Oncology (ASCO) recommends hepatitis B testing only for patients who are in a high-risk group (such as injection drug users, men who have sex with men, people with multiple sex partners or a sexually transmitted disease, and health care workers exposed to blood) or patients who are receiving highly immunosuppressive treatments. The provisional opinion cautions that evidence for universal screening is thin, and is not risk-free.

“The real and potential disadvantages to hepatitis B testing are what could happen later, after a positive test result,” says Jessica Hwang, an internist at the University of Texas M. D. Anderson Cancer Center in Houston who co-chairs the ASCO panel on hepatitis B screening that published the provisional opinion. Patients with hepatitis B who are receiving a cancer therapy unlikely to cause reactivation, she says, could potentially take antiviral therapy for up to 12 months. The estimated cost for antiviral medications is between $300 and $1,000 per month. The actual cost depends on an individual’s insurance and the drug being used.

Hepatitis B and Cancer Drugs

Patients should talk to their doctors about risk for hepatitis B reactivation.

Most people infected with hepatitis B do not show symptoms.

Jessica Hwang, an internist at the University of Texas M. D. Anderson Cancer Center in Houston, says cancer patients should talk to their oncologists about their personal risk for or history of hepatitis B infection and whether their planned cancer therapy might increase their risk of the virus being reactivated.

Other immunosuppressive cancer treatments that may promote hepatitis B reactivation include:

There also have been isolated reports of reactivation with antitumor agents not thought to be particularly immunosuppressive, such as Gleevec (imatinib) and thalidomide.

Memorial Sloan Kettering Cancer Center in New York City is one of the few cancer centers with universal hepatitis B screening. It has been testing patients since 2009. “We had some patients who had experienced hepatitis B reactivations, and we couldn’t identify a clear risk pattern, which led us to the conclusion that universal screening was the safest approach,” says oncologist Andrew Zelenetz, who chairs the non-Hodgkin lymphoma guidelines panel of the National Comprehensive Cancer Network. The network added hepatitis B screening for patients receiving rituximab-based therapy to its guidelines in 2009. Zelenetz says Memorial Sloan Kettering has not encountered any problems with its screening program.

Lok says it’s long past time for a clinical trial of universal screening. “We need to design a study [of the costs and benefits] that will settle the issue once and for all,” she says.

Hwang agrees. “I think that we need strong data from multicenter studies that show whether or not universal hepatitis B screening improves the clinical health outcomes that are meaningful for patients with cancer and hepatitis B,” she says. “This is going to take substantial collaboration among oncologists and hepatitis specialists, but I am confident that we can do this.”