The Power of One

A cancer survivor reflects on the stranger who gave him a second chance at life. 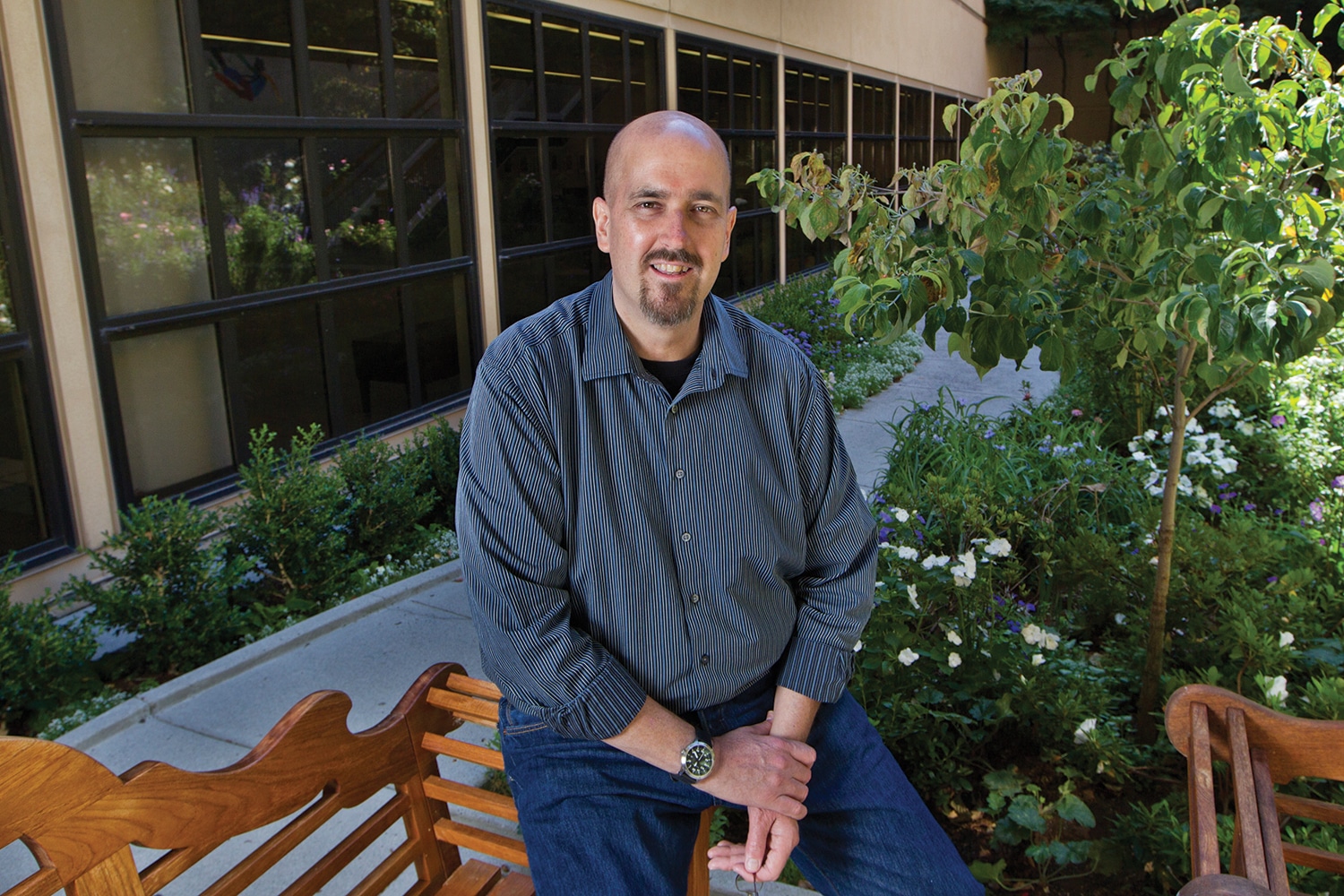 I AM ALIVE TODAY thanks to a man I never met. I thought about this man as I endured 38 long days in isolation after receiving his harvested bone marrow stem cells in 2009. While I waited for my body to accept these stem cells as my own, I wondered where my donor lived, who he was and why he became involved with the bone marrow registry. This unknown man had provided me with a new immune system that could help fight my cancer.

I knew that if I recovered from the transplant and stayed in remission, I would seek out that man who saved my life. I would also do everything I could to help cancer patients, especially those facing blood cancers and bone marrow transplants.

It took me a year after my successful transplant to regain enough strength to give back to my community. I became a volunteer ambassador for Be t​he Match, the organization that helped connect me with my bone marrow donor. Despite having enlisted more than 10.5 million potential donors and nearly 185,000 umbilical cord blood units, the program, which is administered through the National Marrow Donor Program, still struggles to find a match for every patient. I share my story at bone marrow drives to help change that.

I was initially diagnosed with acute lymphoblastic leukemia in 1989, seven months after I was married. My first years of marriage were marked by doctor visits, tests, chemotherapy, radiation and other procedures. I emerged on the other side after three years with my cancer in remission. Almost 20 years after my initial diagnosis, however, I had a relapse of the leukemia in October 2008. A bone marrow transplant was my only chance for long-term survival.

At Be the Match donor drives, I always mention my two daughters, Lauren and Kristen. After my diagnosis in 1989, doctors warned my wife and me that the chemotherapy treatments would make it unlikely for us to have children. Still, we were blessed not once but twice. And now, because of the bone marrow transplant, I am able to enjoy more time with my girls, even working side by side with them at marrow donor drive events. I will always cherish the moment at the first Be the Match event when I was able to introduce my youngest daughter, Kristen, then 16, to the crowd. She stood up and waved to the group while wearing an embarrassed smile.

This was all made possible because one person said yes. When my bone marrow donor received a letter telling him he was my perfect match, he gave me the very best chance of survival. He was the most suitable match to my genetic markers, and he decided to put himself through an inconvenient procedure to save my life.

Because of patient and donor confidentiality rules in Germany, where my donor lived, I had to wait two years to contact him. You can imagine my surprise when I discovered the person who saved my life was young enough to be my son. Michael, my donor, was just 20 years old when he agreed to have his bone marrow stem cells harvested for me. He joined the registry when he was 18 after learning that a teacher at a nearby school had been diagnosed with a blood cancer.

Michael and I have emailed, Skyped and spoken on the phone. A friend of mine who is a breast cancer advocate has graciously offered to pay for Michael’s airfare to the United States so that we might meet face-to-face one day.

It’s hard to believe that it’s been more than four-and-a-half years since my transplant. In that time, I have faced numerous complications and have spent more time in hospitals than I care to recount. I continue to deal with the after-effects of treatment, but no one will ever hear me complain about these challenges. So far, I’m happily counting the days I am able to walk on this planet post-transplant. Every day is sacred; every day is a gift.

I try not to waste a single moment.

Robert Henslin lives in Cottonwood, Calif., and is the author of But I Was in Such a Good Mood This Morning!, a memoir about his experiences after he was diagnosed with acute lymphoblastic leukemia. He volunteers at Be the Match events.

With recent advances in targeted treatments, people diagnosed with chronic lymphocytic leukemia have more options to manage the disease.

CAR-T cell therapy has successfully treated some patients with leukemia and lymphoma. Researchers are looking to expand the range of cancers that will respond to the therapy.