When Less Is More

Studies are finding that aggressive treatment, such as extensive surgery, radiation or chemotherapy, is not always necessary for cancer patients to get good results. 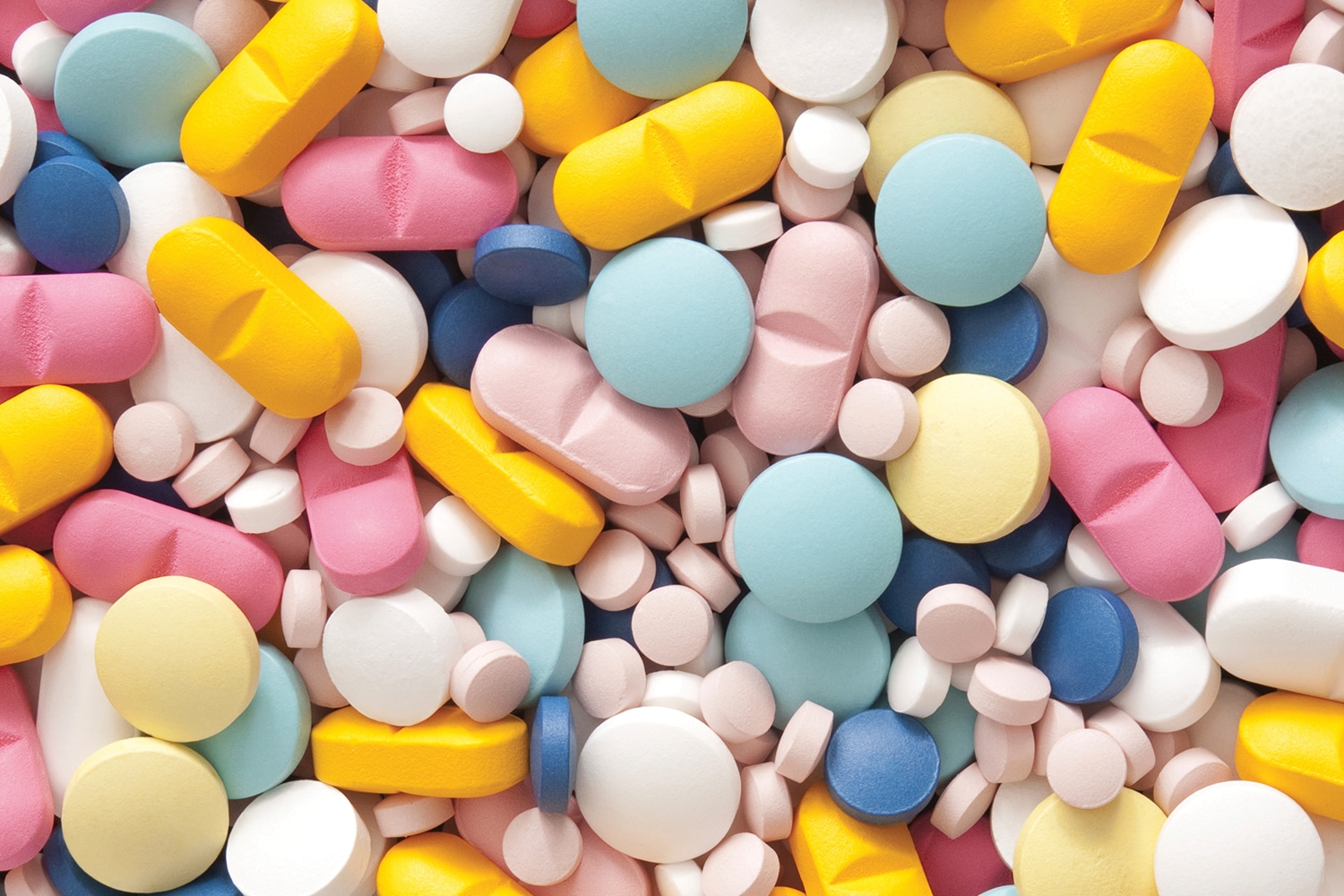 When it comes to cancer care, patients often assume the more treatment they have, the better off they will be. Exhibit A: breast cancer. In recent years, an increasing number of women with early stage breast cancer have chosen to have a mastectomy and even a double mastectomy over a lumpectomy followed by radiation. Yet as their doctors may explain to them, clinical trials have not found that choosing the mastectomy will reduce their risk of dying of breast cancer. Earlier this year, a large retrospective study not only confirmed those findings, but it also suggested that, for a subset of women at least, less surgery might actually be more effective.

The breast cancer study, which appeared in the April 1 issue of Cancer, is not unique. Just in the past few years, researchers have found a number of instances in which less treatment can actually improve a patient s prospects. As a result, the idea of less is more is gaining ground in cancer care.

It s an important trend right now, says Shelley Hwang, the chief of breast surgery at the Duke Cancer Institute in Durham, N.C., who led the study. Before we knew that there were many different kinds of [cancer], we would treat everyone as though they had the worst kind of disease because we didn t know any better. Now, she says, many doctors and patients are aware that they don t need to pull out all the stops for every type or subtype of cancer to get a good result.

Efforts to reduce the extent of surgery, the amount of chemotherapy or the duration of radiation are being driven, in part, by concerns over the side effects of these cancer treatments. A better understanding of the biology of different subtypes of cancer and new tests that can determine which patients might benefit from more aggressive treatment and which should do well with less are playing a role as well. In concert with the rising cost of health care, these advances are focusing more attention on the need for patients to weigh the risks and benefits of different approaches when deciding what s best when it comes to their treatment.

When Hwang first noticed the rate of mastectomy was going up, particularly among young, affluent and well-educated women, she became alarmed. “It felt like a throwback to the day when mastectomy was the only choice, she says. The fact that more educated and health-literate women are choosing to do something that is probably counter to what their physicians are recommending made me wonder if these women were on to something. Could there be a subset of women with early stage breast cancer who in fact do better with a mastectomy?

To answer that question, Hwang and her colleagues identified more than 112,000 women in the California Cancer Registry who had been diagnosed with stage I or II breast cancer from 1990 through 2004, and then followed them for at least five years. The researchers found that, overall, the women who chose lumpectomy and radiation did as well as or better than those who had a mastectomy. Women over age 50 with hormone-sensitive tumors benefited most. They were 13 percent less likely to die of breast cancer within five years of their diagnosis than were those who had a mastectomy.

Isabelle Bedrosian, a surgical oncologist at the University of Texas M. D. Anderson Cancer Center in Houston, cautions that the study looked back at what the women had chosen, which means it doesn t carry as much statistical weight as a forward-looking clinical trial. Still, she says the important take-home message is that women with early stage breast cancer who choose a lumpectomy over mastectomy are making as good a choice as those who opt for a mastectomy. You don t have to be radical to achieve a good result, she says.

Questions for Your Doctors

What should you ask about cancer treatment?

The Price of Radiation

The long-term side effects of radiation such as increased risk of cardiovascular disease and secondary cancers have pushed radiologists to explore whether shorter courses of treatment or different types of radiation might be as effective as the traditional longer courses. At the American Society of Clinical Oncology meeting in May, radiation oncologist Jeffrey Bradley from the Washington University School of Medicine in St. Louis presented findings from one of these trials. As he reported, his research group found that patients with stage III non small cell lung cancer who received the standard dose of radiation had a better outcome than those who received a higher dose.

In 2010, researchers presented findings at the American Society of Hematology annual meeting from a phase III trial that looked at children and adolescents with intermediate-risk Hodgkin lymphoma who initially responded quickly to chemotherapy and went on to have a complete response. The study showed that the children and adolescents who were randomly assigned to go on to have radiation did just as well as those who did not have radiation. Debra Friedman, a pediatric oncologist at Vanderbilt-Ingram Cancer Center in Nashville, Tenn., who took part in the study, says these findings suggest that there is a group of children who could avoid radiation therapy, saving these children and adolescents the potential short-term and long-term side effects of radiation.

Radiologist Stephan Voss at Boston Children s Hospital and his colleagues looked at the role of routine CT scans in follow-up care of 216 children and adolescents with Hodgkin lymphoma. These patients typically get regular CT scans to screen for recurrence, often until five years after their treatment ends even though researchers have known that the critical time for relapse is in the first 12 to 18 months. Voss study, published in 2012 in the Journal of Clinical Oncology, found that the patients who passed the one-year mark and then relapsed were more likely to have their cancer detected at a regular exam (through symptoms, lab tests or a physical exam) than by a CT scan. What s more, how the relapses were detected had no impact on survival; those who relapsed later tended to have less aggressive disease and respond well to treatment. When children routinely get CT scans after this critical year has elapsed, says Voss, we re adding additional radiation risk and we re adding cost to the system without improving outcome.

Since prostate-specific antigen (PSA) testing became the norm in the mid-1990s, an increasing number of men have been diagnosed with and treated for prostate cancer. It was clear that the harder we looked, the more we found, says Timothy Wilt, an internist at the Minneapolis VA Health Care System. This led Wilt and his colleagues to investigate whether all of these tumors really needed to be treated. In a study published in the July 19, 2012, New England Journal of Medicine, the researchers reported their findings. Their randomized trial, the largest ever to compare surgery with watchful waiting (monitoring patients to see how their disease progresses) among men whose cancer was detected by the PSA test, found that surgery was no more effective than observation at reducing the risk of dying from prostate cancer for men with early, localized tumors. Science shows from our study and others that these men are very unlikely to have their life lengthened [by surgery], says Wilt. In his opinion, many patients would do better by not being diagnosed in the first place.

The same could potentially be said for some kidney cancer patients. Similar to prostate cancer, most kidney tumors are slow-growing. That s why people with kidney cancer, older ones in particular, are more likely to die from a different health condition. Unlike prostate cancer though, about 70 percent of all the newly diagnosed kidney cancers are found by accident, during MRIs or ultrasound tests for other health problems, says William Huang, a urologic oncologist at New York University Langone Medical Center. Doctors routinely do surgery to remove the tumor, which can mean taking out an entire kidney, increasing the patient s risk of developing chronic kidney disease which then increases the risk of heart disease and stroke. Yet Huang s latest study, presented at the Genitourinary Cancers Symposium in February, showed that patients 66 and older who underwent surveillance did just as well as those who had surgery findings that add to a growing body of evidence that surveillance of small kidney tumors can be a safe and effective alternative to surgery in patients who are elderly or have other health problems.

Changes and Challenges Ahead

With evidence mounting from studies like these in support of a less is more approach, cancer care guidelines are being updated and doctors are modifying their treatment recommendations. Growing awareness of the pitfalls associated with PSA screening and the serious side effects of surgery, for example, led the U.S. Preventive Services Task Force in May 2012 to advise against PSA screening for all men in good health who have not previously been diagnosed with prostate cancer. And this May, the American Urological Association amended its guidelines, recommending less screening. That s a sea change in attitude of 15 years ago, when mobile vans would come around offering PSA tests at state fairs and churches, says Wilt.

For men who are found to have early stage prostate cancer, the new Oncotype DX prostate cancer test that analyzes 17 genes in a tumor biopsy can help physicians determine who is a candidate for watchful waiting and who might benefit from surgery. Similar genetic tests that allow doctors to determine whether patients can forgo chemotherapy are also available for breast and colon cancer.

Other aspects of breast cancer care have changed as well. Surgeons began removing fewer lymph nodes one or two instead of 15 or 20 and in some instances none at all, after a study published in 2011 in the Journal of the American Medical Association found no survival benefit in women with early stage breast cancer who had additional lymph nodes removed after a positive sentinel node biopsy. Removing fewer lymph nodes also reduced lymphedema, a painful swelling of the arm and hand. A lot of breast surgeons have made that change, and it s part of general surgical training now, says Hwang. That s a huge advance.

Still, persuading doctors and patients to take a less aggressive approach, when appropriate, remains a challenge. For many patients, the idea of leaving a tumor inside the body, forgoing chemotherapy or skipping radiation or follow-up scans can be frightening. There is a natural tendency to feel that you don t want to have any regrets after treatment, says Hwang. Also, most patients and some doctors don t take into account that all treatments have some downside and that all are a trade-off between the benefits and side effects.

However, Hwang and others believe that a deeper change in attitude is required. Until we can, as a culture, move from that spot of feeling like you always have to do the most you can possibly do, it s really going to be hard to make significant progress in this field, she says.

Change is hard, adds Wilt. But we owe it to our patients.

Alexandra Goho is a Boston-based science and technology journalist.