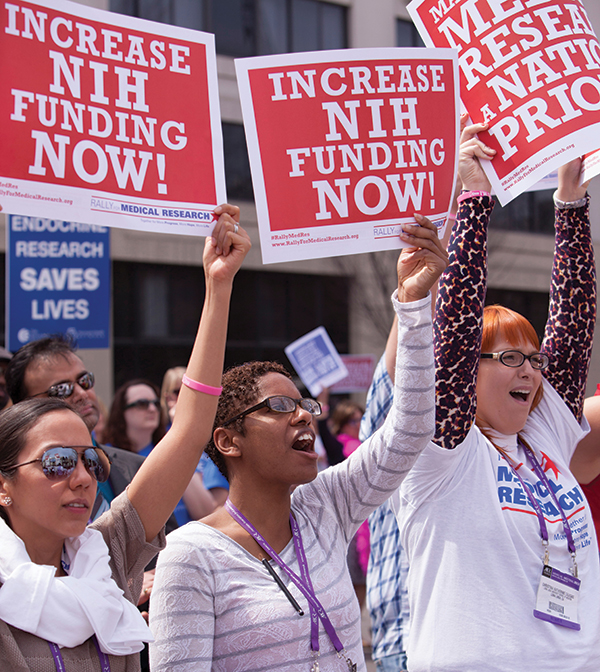 That was the rallying cry of the thousands of researchers, patient advocates and cancer survivors who attended the Rally for Medical Research, held April 8 in Washington, D.C. Their goal was to draw attention to the devastating impact that across-the-board federal spending cuts—slashing approximately $1.5 billion from the National Institutes of Health (NIH) budget—will have on medical research.

Leslimar Rios-Colon traveled to the AACR meeting from Southern California, where she is earning a doctorate in pharmacology at Loma Linda University School of Medicine. “It is really hard not to … be anxious about my future because, if these funding cuts continue, there is no future in medical research,” says Rios-Colon (pictured with Loma Linda University students Whitney Evans, center, and Christina K. Cajigas).

As a follow-up to the rally, hundreds of advocates will gather on Capitol Hill Sept. 18 to urge Congress to make funding for the NIH a national priority.

To learn how you can get involved, go to RallyForMedicalResearch.org.