Cancer patients and survivors are increasingly open and outspoken about cancer. 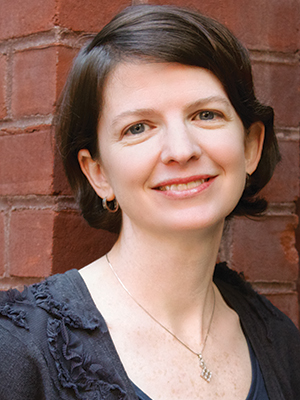 When my mother was diagnosed with advanced cancer in July 1991, she had been telling her doctors about worrisome symptoms for years. But given her age—just barely 45—no one had suspected colorectal cancer.

Had they known about her family’s cancer history, they would have. Yet it was only after my mom’s diagnosis that she learned that relatives, including her uncle and grandfather, had died of the disease. Our family just didn’t discuss it. Today I can’t help but wonder: If our family had talked about cancer, would my mother, who died in 1998, be with me today? Would she have had the chance to meet my daughter?

My dad, whose family has had its own share of cancer, recently told me that as a boy he didn’t think he knew anyone who knew someone who had cancer. In stark contrast, today nearly everyone knows someone who has been diagnosed with the disease. There is a dramatically increased awareness of cancer and a willingness to speak openly about it. And this talk has an impact: Clear, open communication about cancer and its related issues plays a role in preventing the disease, detecting it early, and improving patient care and quality of life.

Bob Samuels knows this. After he learned that he had prostate cancer in 1994, he was surprised to find that many of his friends had also been diagnosed with the disease. “You guys not talking about this is going to kill the rest of us,” he told them. As you’ll read in this issue, Samuels has been spreading the word about cancer ever since.

Beyond talking to friends and family, it’s also important to be open when you talk to your doctor—and for your doctor to work on communicating better with you. Studies show that many patients and doctors are still hesitant to talk about tough issues, or feel they don’t have the time to talk about anything other than treatment. Yet when that happens, it’s all too easy for problems like cancer-related pain or potential fertility loss to go unaddressed.

So speak up. And reach out. And when you talk to family members, make sure you talk about cancer. There is more evidence now than ever that appropriate screening can prevent some cancers, like colorectal cancer, or catch them early (see “Say ‘Yes’ to the Test” and “A Touch of Magic”)—and an up-to-date family cancer history may influence when and how frequently you should be screened.

In my own family, after generations of silence, cancer is no longer a taboo subject. That means my brothers and sisters and I—and my daughter—can be aware of our own risk and take steps to reduce it. That’s a legacy that would make my mother proud.

Watching and waiting for cancer to progress can be an alternative to active treatment.

Shoot for the Moon