Researchers find that when treating metastatic melanoma, timing is everything. 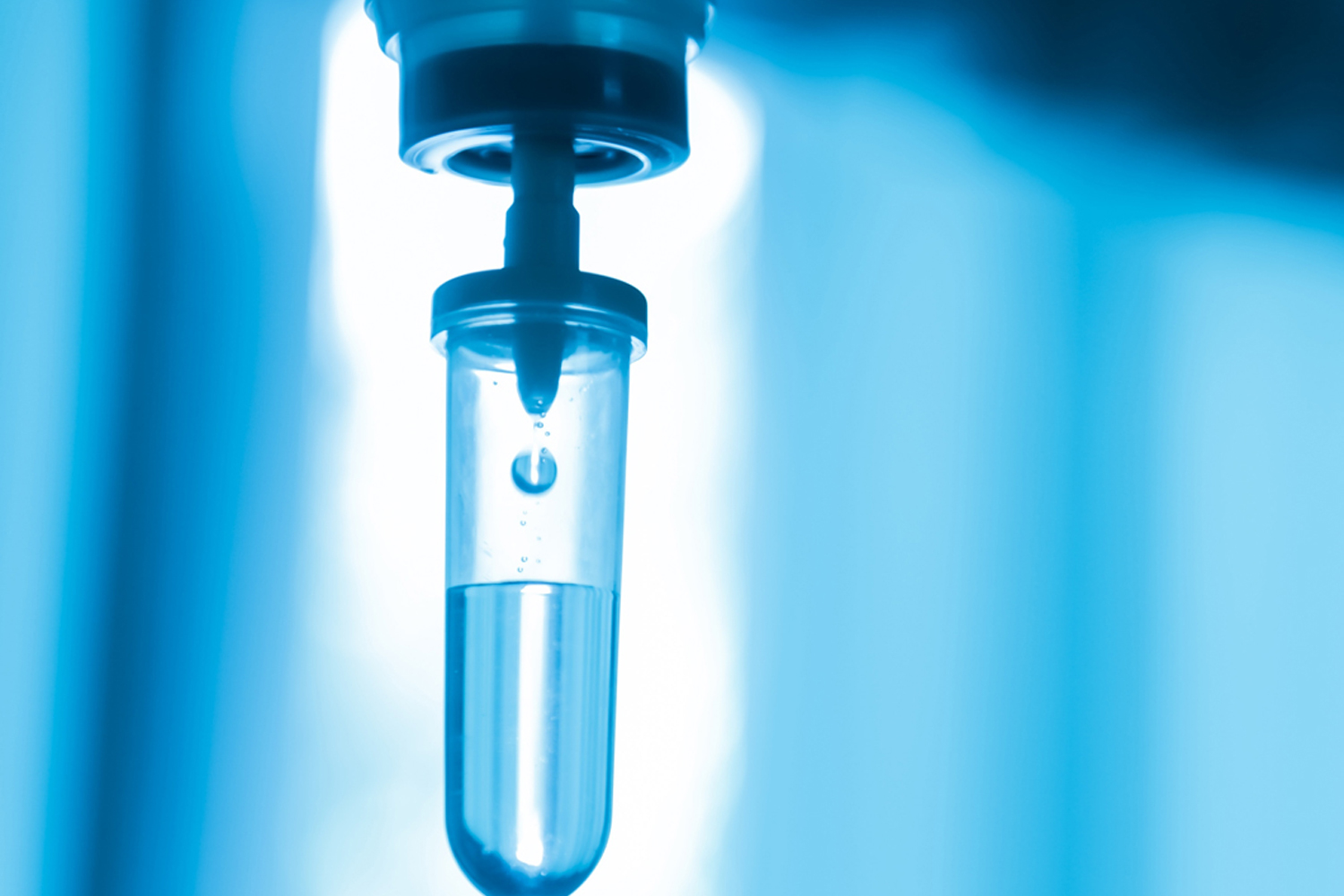 RESEARCHERS HAVE DEVELOPED a promising array of new tools to treat advanced melanoma, but they continue to sort out which treatment combinations produce the best responses, especially when melanoma spreads to other parts of the body and tests positive for the BRAF mutation.

A study published in the May 1, 2022, issue of the Journal of Clinical Oncology found no benefit to adding the experimental immunotherapy drug spartalizumab, a PD-1 checkpoint inhibitor, to two targeted therapies, Tafinlar (dabrafenib) and Mekinist (trametinib). Known as BRAF and MEK inhibitors, these two targeted drugs are used together in patients with melanoma that tests positive for the BRAF mutation, which accounts for about 40% of cases.

The study was the third clinical trial that tested a triplet therapy with a PD-1 checkpoint inhibitor and two targeted therapies for advanced BRAF-positive melanoma. An accompanying editorial recommended giving up on this type of therapy because it did not increase patients’ time without disease progression, and toxic reactions were common.

“The BRAF-MEK combination was added to an immunotherapy because they each have activity in melanoma, and although there could be some overlapping toxicities, that’s generally not the case,” says Paul B. Chapman, a medical oncologist at Memorial Sloan Kettering Cancer Center in New York City, who co-authored the editorial. “So, it was rational to think about [combining them]. There were some preclinical experiments to suggest that maybe the combination would be additive. There were also preclinical indications that maybe it wouldn’t work, but it was worth trying.”

Questions to Ask Your Oncologist

What is my cancer’s genetic makeup? Most academic medical centers will run an extensive gene panel on tumor tissue, but not all patients have access to this level of care. In the case of advanced melanoma, “the BRAF gene is the most important to know about,” Chapman says. At the very least, doctors should test for that.

What toxicities should I watch for? For patients considering immunotherapy, Chapman recommends asking about side effects so that doctor and patient can weigh the benefits of the treatment against the risks. “Our experience has been that patients don’t always get the full picture,” he says. “What are the range of potential toxicities, and importantly, what are the actual chances of each of these toxicities? Some are terrible, but they’re pretty rare. And others are not great but common.” In the more severe category, immunotherapy can activate a patient’s immune system, causing it to attack healthy tissues and organs, creating the possibility of organ damage. Patients should ask their medical team to name the symptoms that warrant a call to the office. For example, Chapman asks patients to call if they start to experience frequent or loose stools, an early sign of intestinal inflammation. Other red-flag symptoms include fever and coughing.

How much experience do you have treating advanced melanoma? Oncologists are gaining experience with immunotherapy because drugs such as PD-1 inhibitors are now used to treat a variety of cancers, Chapman says. But he’s found that some oncologists are uneasy about combining immunotherapy drugs such as Yervoy and Opdivo because of the potential for side effects. And the combination of BRAF and MEK inhibitors is currently used only in BRAF-positive metastatic melanoma. When possible, Chapman recommends finding an oncologist with experience in metastatic melanoma and immunotherapy drugs.

Should I receive brain imaging? Some patients with advanced melanoma develop brain metastases, Chapman adds, making regular brain scans important to track progress of the disease. In cases of brain metastases, he says, oncologists often begin treatment with a combination of immunotherapies.

It’s unclear exactly why the triplet combination of drugs didn’t provide a good reaction, given that each of the drugs can be useful on its own and Tafinlar and Mekinist are often effective when combined.

“We don’t know precisely [why], but adding two effective therapies doesn’t always make even better therapy,” explains Rizwan Haq, a medical oncologist at the Melanoma Treatment Center of the Dana-Farber Cancer Institute in Boston, who was not involved in the study. One possibility, he says, is that the BRAF-MEK targeted therapy “opposed the activity of immunotherapy.”

In his editorial, Chapman encouraged researchers to focus on finding an effective sequence for taking the drugs. Medical oncologist Rodabe Amaria, associate professor and director of clinical research for Melanoma Medical Oncology at the University of Texas MD Anderson Cancer Center in Houston, agrees. Amaria was also not involved in the study. “Further work is needed to identify if there is a subgroup of patients that will benefit from triplet therapy,” she says, “or if there are other ways to optimize dose schedules and combinations.”

Most oncologists currently start advanced melanoma treatment with immunotherapy, using a single agent or a combination of drugs such as Yervoy (ipilimumab) and Opdivo (nivolumab), which prompts the body’s immune system to recognize and attack the cancer. “We still are feeling our way about single-agent PD-1 versus combination PD-1 plus ipilimumab,” Chapman says. “The combination is slightly more effective, but it does have more side effects.”

If immunotherapies don’t stop the disease from progressing, patients with advanced cancer can try targeted therapy—the combination of BRAF and MEK inhibitors. “There are trials going on to test this formally,” Chapman says. “One trial, which hasn’t been published yet but has been presented at a meeting, suggests that our sense has been correct in that it was better to start with an immunotherapy and then go to a targeted therapy.”