The Significance of NCI-Designated Cancer Centers

Cancer center administrator Donald L. “Skip” Trump and journalist Eric Rosenthal discuss the roots of the NCI designation and what it means for patients. 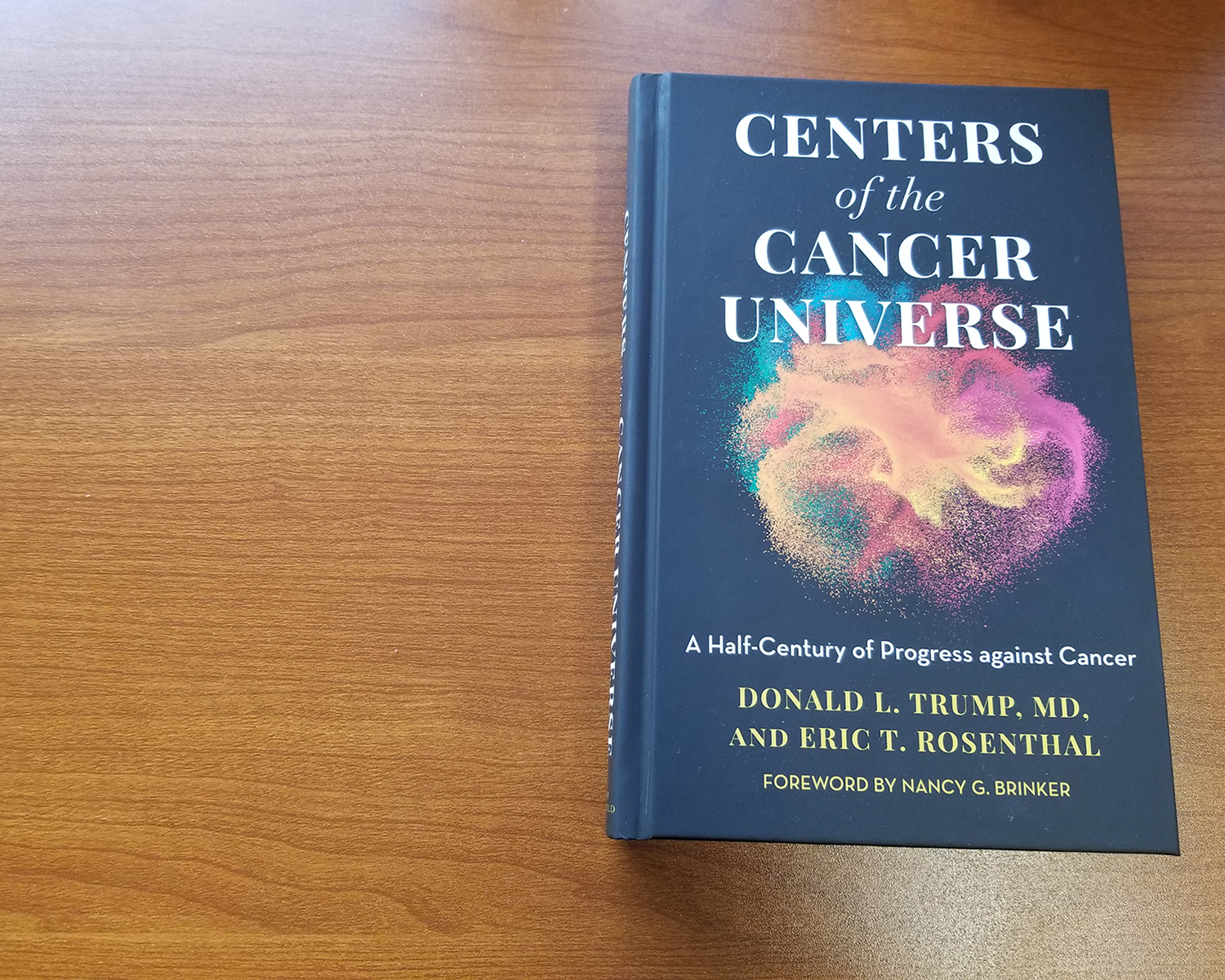 A SINGLE IDEA CAN FLOURISH INTO A MOVEMENT, but such transformations require collaboration and a fair amount of debate and doubt. Centers of the Cancer Universe: A Half-Century of Progress Against Cancer documents the pivotal twists and turns that led to the signing in 1971 of the ambitious National Cancer Act.

The legislation, which became law just over 50 years ago, drastically expanded the government’s role in cancer research and provided funding for 15 new comprehensive cancer centers, in addition to the three existing comprehensive centers. Together, these facilities would lead the charge in President Richard Nixon’s War on Cancer. The act’s signing came at time when many doubted the disease was curable and the word “cancer” itself was often spoken only in hushed tones.

But as the book points out, previous collaboration between institutions and success in clinical trials for children with leukemia paved the way for a better understanding of cancer and how to treat it. In the 1960s, researchers from various institutions worked together to fine-tune chemotherapy regimens that were effective in treating acute lymphocytic leukemia, changing a deadly disease into a survivable one.

Through June 21, we will be discussing Centers of the Cancer Universe: A Half-Century of Progress Against Cancer in our online book group.

“I thought it might be an apropos topic to write a book on cancer centers because I think it’s a topic that hasn’t been particularly well covered,” says co-author Donald L. “Skip” Trump, a retired medical oncologist with leadership experience in NCI-designated cancer centers. Trump approached Eric Rosenthal with the idea to write the book together in spring 2019. Rosenthal is an independent journalist who served in public relations at Fox Chase Cancer Center in Philadelphia and helped establish a public affairs network among NCI-designated cancer centers. He noted timing was ideal since the book would be published before the National Cancer Act’s 50th anniversary in December 2021.

Trump and Rosenthal recently talked with Cancer Today about their desire to document the history behind the national cancer research program in order to help others better understand what the NCI designation means.

CT: Does the average person understand what the NCI designation means?

TRUMP: I do a fair amount of discussing with patients about where to go to get treated since I retired from active practice. It’s remarkable to me, although it shouldn’t be surprising, that the average person doesn’t understand what a cancer center is. We thought it was important to try to transmit the concept of what it means to be an NCI-designated cancer center and the distinguishing features of such centers.

ROSENTHAL: One thing that’s important to understand is that the NCI designation is research-based, so it’s based on the ability of the center to contribute to science. Much of the advertising by cancer centers touts that they’re NCI designated and that they’re better than everybody else—it’s related, but it’s tangentially related. It’s not a direct correlation. It so happens that the best researchers end up at these centers, but the NCI does not give a gold star for outcomes. And it’s very important for people to know that.

CT: We know most people with cancer don’t go to NCI-designated cancer centers for care. There are just not enough of them. So what is the take-home for the patient?

TRUMP: One of the points that we make later in the book is that there are a number of questions that a person who’s diagnosed with cancer could ask. Among those questions, we think patients should know what’s being done in the NCI-designated cancer center in their disease. I advise folks to try to link either firsthand or secondhand to a cancer center. Increasingly, excellent community hospitals are developing solid affiliations with NCI-designated centers so the outreach is expanding, but you can’t go wrong by thinking that you should get some input from an NCI-designated cancer center when you’re dealing with a life-threatening condition.

ROSENTHAL: It’s important to note too that not all NCI-designated cancer centers are equal either. They will each have expertise in different types of diseases. There are other quality-care initiatives, such as the American College of Surgeons Commission on Cancer, which address quality of care and quality of life. So, we’re not saying just go to NCI-designated centers, but we’re saying they are there and there’s a difference.

CT: Some of the centers that have recently received NCI-designated cancer center status seem to have strong emphasis in underserved areas, which you write about in the book. Is that outreach to the community a greater area of focus for NCI designation?

TRUMP: Because of the continuing disparities in health care outcomes, cancer care outcomes and access to quality care, the NCI has increased expectations that the cancer centers have a duty to pay attention to how they’re dealing with the patients in their neighborhood, which is called the catchment area.

ROSENTHAL: When we looked at what makes the centers with the newest designations different, a common denominator is that they have outreach to an underserved population. But they still need to have the necessary infrastructure, cancer education and clinical research, which is why there are still big patches of this country that do not have NCI-designated centers. You need to meet the rigorous scientific requirements.

CT: What needs to happen to broaden collaboration between cancer centers and community hospitals?

TRUMP: It takes consistent and rigorous commitment to continue to develop the program—whether you are a community center working with an NCI center or an NCI center working to expand your reach in the community. Cancer care has gotten very complicated and many excellent hospital systems recognize that [collaboration] provides an opportunity to serve their population.

CT: As more cancer centers work with community settings and market these arrangements to the consumer, how can people recognize a strong collaboration between an NCI-designated cancer center and community center?

TRUMP: It’s a tricky issue to communicate the nuances to an average person as to what questions to ask to verify that there is a real and impactful collaboration between a community center and an NCI-designated center.

ROSENTHAL: In an ideal world, people would show up at any institution and get referred to the place that can do the best for them. People should at least make whatever efforts they can to be their own best medical consumers. There’s no perfect solution for any one person. People really have to pay attention and be their own best advocates.

In a new book, Kate Washington offers a piercing personal account from the front lines of caregiving, and places her experiences in the broader context of societal norms.