Results favor Enhertu for treating metastatic breast cancer that recurs or does not respond to first-line treatment. 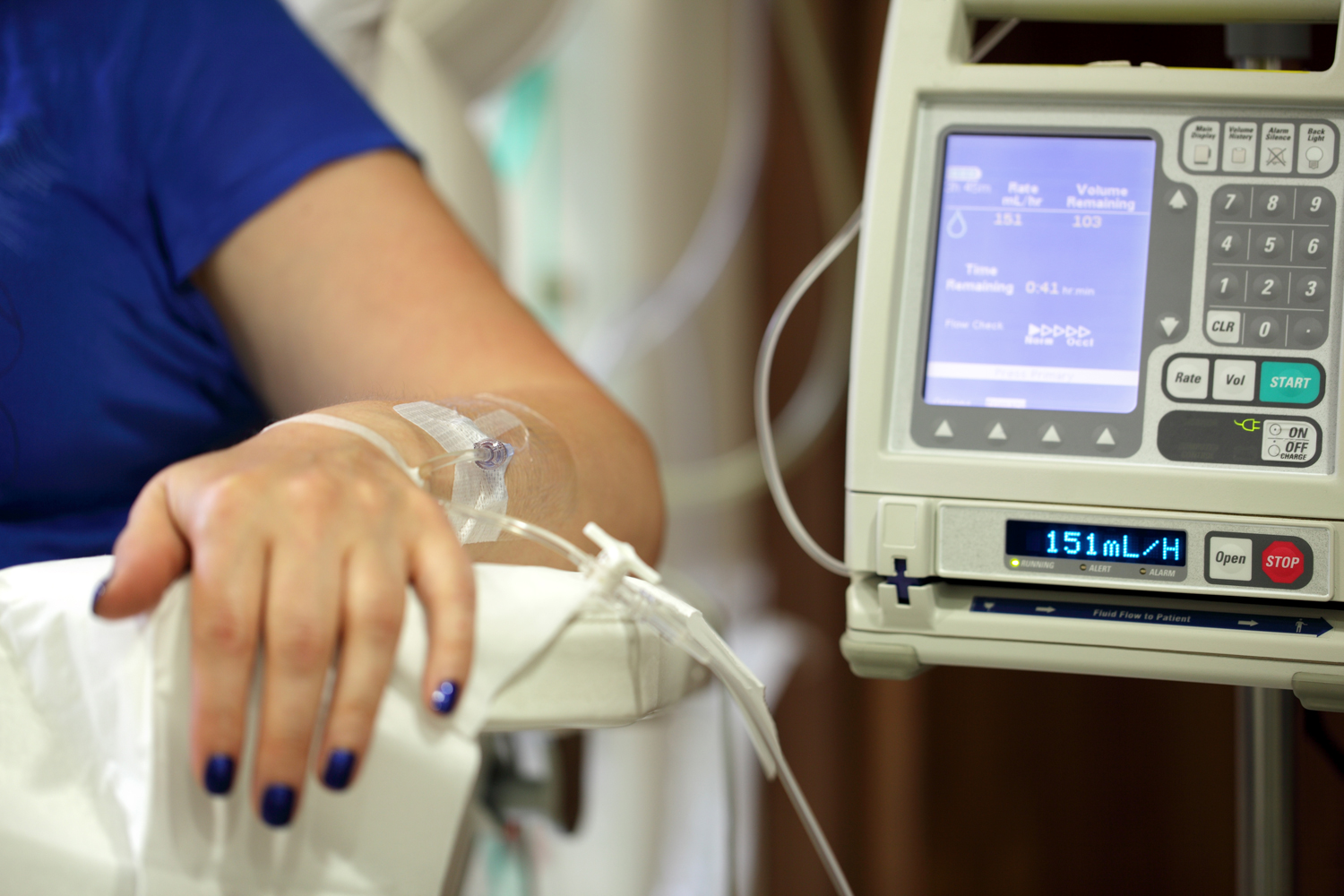 ROUGHLY 20% OF BREAST CANCERS are HER2-positive, meaning the cancer cells have excess amounts of the HER2 protein on their surface. As a first treatment, patients usually receive Herceptin (trastuzumab) and Perjeta (pertuzumab), both monoclonal antibodies that target the HER2 protein, as well as a taxane, a type of chemotherapy. When HER2-positive breast cancers recur or progress, they can be difficult to treat—a problem researchers are trying to address by developing other therapies.

Antibody-drug conjugates represent one promising approach. They use a linking agent to attach molecules of a strong chemotherapy medicine to Herceptin (trastuzumab) so the two therapies can target HER2-positive cancer cells together. The Food and Drug Administration has approved two antibody-drug conjugates for metastatic HER2-positive breast cancer that progresses after first-line treatment: Kadcyla (ado-trastuzumab emtansine, or T-DM1) in 2013, and Enhertu (fam-trastuzumab deruxtecan-nxki, or T-DXd), which received accelerated approval in 2019. Kadcyla has been the standard second-line treatment since 2013.

DESTINY-Breast03, the first phase III randomized trial to compare these two therapies as second-line treatments, showed that Enhertu offers significant benefit over Kadcyla in overall response and progression-free survival, regardless of hormone receptor status, prior treatment, and organ or brain metastases. Across all patient subgroups, 67% to over 75% had an objective response to Enhertu. Sara Hurvitz, a breast medical oncologist at UCLA Health in Los Angeles, presented the results at the December 2021 San Antonio Breast Cancer Symposium.

The trial included 524 patients with metastatic or unresectable locally advanced HER2-positive breast cancer that had progressed during first-line treatment or within six months after completing it. Patients with stable brain metastases could enroll so long as they had completed whole brain irradiation more than two weeks prior to starting therapy.

Based on data collected through May 2021, the overall response rate for Enhertu was more than twice as high as that for Kadcyla: 79.7% versus 34.2%. For patients without brain metastases, 12-month progression-free survival was 76.5% for the Enhertu group and 37.4% for Kadcyla. For those with brain metastases, 12-month progression-free survival was 72% and 20%, respectively.

Enhertu’s impact on disease burden in the brain was also striking: More than 63% of patients had a partial or complete response there, which “blew me out of the water,” Hurvitz says. The response rate was 33.4% for those taking Kadcyla.

“This was a very unexpected finding but pleasantly unexpected,” Hurvitz says. “It was a surprise because the way that we traditionally think about the blood-brain barrier would indicate that the big bulky molecules of an ADC [antibody-drug conjugate] are not going to be able to pass through and have activity there.”

Enhertu attaches eight molecules of anti-cancer medicine to each HER2-antibody (versus Kadcyla’s three or four), and it may also impact neighboring cancer cells even if they do not express HER2.

Hurvitz was also a researcher on the DESTINY-Breast01 trial, a phase II study that raised high hopes for Enhertu for use in patients whose cancer had progressed after Kadcyla. About 61% of patients had their cancer respond to Enhertu, a rate Hurvitz described as “unheard of in such a late-line setting.” But the downside was a serious side effect—interstitial lung disease, or lung inflammation and scarring—which in some cases can lead to death. This shaped the precautions used for DESTINY-Breast03.

“If a patient had even a little bit of abnormality on the lung imaging, we would hold therapy,” Hurvitz says. “We more aggressively used steroids and pulmonary consultations and permanently discontinued T-DXd [Enhertu] with any lung toxicity.” As a result, there were no deaths and no life-threatening adverse events attributed to interstitial lung disease or any other side effect.

Shanu Modi, a breast medical oncologist at Memorial Sloan Kettering Cancer Center in New York City, was also a researcher on the DESTINY-Breast01 trial team but not involved with DESTINY-Breast03. “We all thought the results [of DESTINY-Breast03] were going to favor T-DXd [Enhertu]. The safety is what we were worried about,” she says. “But now it’s been demonstrated that we can give it safely. The data are so compelling and the activity is unlike any other drug out there.”

Modi adds that “most patients go on to have sequential lines of therapy” with HER2-positive metastatic breast cancer and adding such a powerful tool to the lineup of HER2-targeted therapies can only benefit patients.

DESTINY-Breast03 will continue to follow patients and collect data on overall survival and cancer progression. Other clinical trials examining Enhertu are underway to compare it to, or use it in combination with, other treatments for HER2-positive breast cancer.

“The activity is historic,” Hurvitz said. “We see a difference early on, which is needed when you have an aggressive cancer like this affecting different organs in the body. Antibody-drug conjugates are here to stay, and I’m excited to see what future generations of these treatments might look like.”​