THE TREATMENT of non-small cell lung cancer (NSCLC) took another leap forward in 2016 with approvals from the U.S. Food and Drug Administration (FDA) for expanded and refined uses of four cancer drugs, including the first-ever approval of an immunotherapy as a first-line treatment for lung cancer. 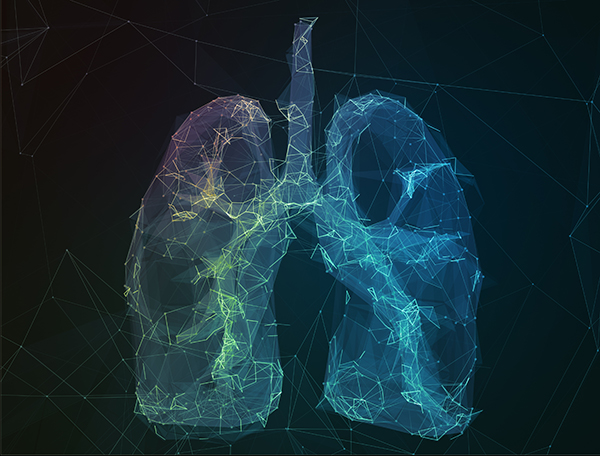 The immunotherapy drug Keytruda (pembrolizumab) is a checkpoint inhibitor. It initially received FDA approval in 2015 for the treatment of metastatic NSCLC in patients whose tumors produced the protein programmed death-ligand 1 (PD-L1) and whose cancer had grown during other treatments. The expanded approval is supported by a study published in the New England Journal of Medicine on Nov. 10, 2016, that compared Keytruda to a platinum-based chemotherapy. Keytruda kept the cancer from progressing for a median of 10.3 months compared with six months for the platinum-based chemotherapy.

“This approval [of Keytruda] as a first-line treatment really shifts the context for everything else we do going forward now,” because new treatments will have to be as good or better, says Paul K. Paik, a thoracic oncologist at Memorial Sloan Kettering Cancer Center in New York City.

A second immunotherapy drug, Tecentriq (atezolizumab), was approved for the treatment of metastatic NSCLC in patients who have already been treated with a platinum-based chemotherapy. The approval was supported by two studies, both published in the Lancet, one on April 30, 2016, and the other on Jan. 21, 2017. These studies show that patients who received Tecentriq lived about three or four months longer than patients receiving chemotherapy.

There were also refined approvals for targeted treatments—drugs that block specific genes or proteins. Xalkori (crizotinib) can now be used to treat patients with ROS1-positive metastatic NSCLC (about 1 percent of NSCLC patients). It is already used to treat patients with locally advanced or metastatic NSCLC with an ALK mutation. Tarceva (erlotinib) had its approval modified. It is now used only for NSCLC patients whose tumors have certain types of epidermal growth factor receptor (EGFR) mutations. The change was driven by a clinical trial that showed the drug was not effective in patients whose tumors do not have these EGFR mutations.

As more immunotherapy drugs get new or expanded approvals, patients and advocates say they would like to see more data on which drugs will give patients the longest life expectancy with the least toxicity and fewest side effects, says Bonnie Addario, a lung cancer survivor and founder of the Bonnie J. Addario Lung Cancer Foundation, in San Carlos, California.

“We’re on the cusp of being able to give patients hope with a capital H,” says Addario. But, she adds, the high cost of these new medications could make them inaccessible to people who need them.