A Dose of Precision

Stereotactic radiation therapy–heavily marketed to consumers–is gaining momentum as a more convenient treatment. But it’s not for every patient. 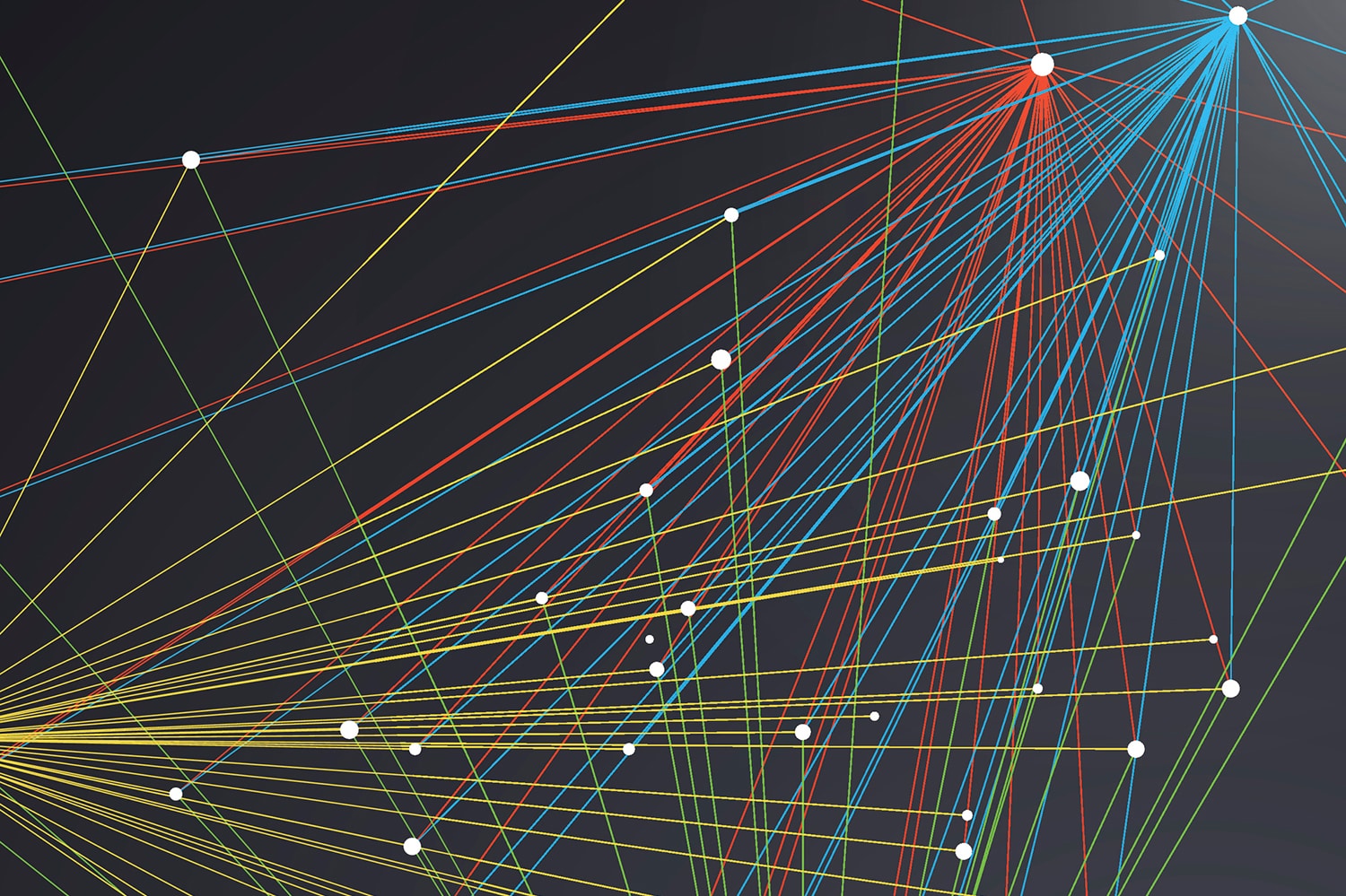 DEPENDING ON WHERE you live, you may have seen advertisements touting a seemingly painless cancer treatment approach, using language such as “Imagine treating cancer with knifeless surgery” or “No surgery. No pain. No recovery time. No tumor.”

The ads, promoting technologies that go by names such as CyberKnife or the Edge, are part of a wave of direct-to-consumer marketing of a type of radiation therapy called stereotactic radiation, which holds promise for delivering focused and precise radiation that targets tumors and minimizes damage to surrounding tissue. While the ads may lead the average person to believe stereotactic radiation therapy puts a cure easily within reach, the technology isn’t for every cancer patient. It is most commonly used to manage cancer that has metastasized—to delay cancer progression rather than cure the disease—or to destroy small tumors in patients too sick to withstand surgery.

“It’s a really exciting technology and it can be great technology in some circumstances,” says Amol Narang, a senior resident in radiation oncology at the Johns Hopkins University School of Medicine in Baltimore. Narang sees stereotactic radiation being adopted at a rapid pace, but notes some expanded uses still need to be tested in clinical trials.

Radiation therapy—the use of high-powered X-rays or charged particles to kill cancer cells by damaging their genetic material—has been a cancer treatment for more than a century. But the advent of computed tomography and magnetic resonance imaging, first adopted in medicine in the 1970s, changed the field of radiation oncology over the decade that followed. These imaging technologies allowed radiation oncologists to better map patients’ tumors so they no longer had to use large radiation fields to make sure they actually hit the targets. Radiation oncologists can now capture images of the tumor and surrounding areas just moments before delivering treatment, reducing the chance that radiation will inadvertently hit healthy tissues if a patient shifts or takes a breath.

“People cured tumors [before modern imaging and computing], but it was at a greater price in terms of side effects because you’d have to treat lots of normal tissue in order to encompass the tumor,” says Theodore S. Lawrence, a radiation oncologist at the University of Michigan in Ann Arbor, who witnessed firsthand a decrease in side effects among his patients resulting from improved imaging technologies and more precise radiation technology.

Technology like stereotactic radiation therapy, which closely sculpts the dose of radiation to the tumor, also allows doctors treating various types of cancer to give higher doses of radiation than ever before, which some studies suggest may enhance the likelihood that a targeted tumor will not come back.

Learn about the most common side effects of radiation therapy.

While fatigue is hard to address, others side effects like nausea can be treated, says Joshua Jones, a radiation oncologist at the University of Pennsylvania Perelman School of Medicine in Philadelphia.

“It’s really important for patients to ask their doctors, ‘Is there a possibility that I could experience one of these side effects, and if so, what are we going to do about it?’ ” says Jones. “For something like nausea, it’s much better to anticipate it and have the medication available in advance, than wait for it to happen and try to play catch-up.”

Evidence from clinical trials supports the use of stereotactic radiation for patients with small tumors—less than 5 centimeters in diameter—that have metastasized, or spread, to other organs, such as the liver or the lungs. In many cases, if these secondary tumors can be controlled, patients can expect to live for several years with a good quality of life.

Chris Lawler is one of these patients. In 2012, Lawler was diagnosed with metastatic sarcoma when he was 46 years old. He immediately began chemotherapy with Ifex (ifosfamide) and Adriamycin (doxorubicin), along with weeks of radiation therapy to tumors that were growing in several vertebrae. The combined treatment “was a pretty big blast to the system,” he says. He felt fatigued and lost his hair, and his weight plummeted.

In 2013, a few metastatic tumors started growing on his spine, hip and left lung. He discussed options with his doctor, including more chemotherapy. For the tumor on his spine, he was treated with stereotactic radiation therapy—which was precise enough to focus on a specific area and minimize the chance of damage to his spine and possible paralysis. This time, the length of treatment was reduced to just a week. “I was able to work full time [during stereotactic radiation therapy]. I’d go in to get my treatments and then pretty much go on with my life,” Lawler says. There is evidence of new bone growth in the irradiated area and the treated tumors have yet to grow back. However, since then, Lawler has experienced more tumors in other areas on his spine, which required surgery because of their size, location and rapid growth.

But the use of stereotactic radiation therapy is not without risks. The higher doses used mean doctors have a smaller margin for error. If the radiation beam hits even slightly outside of the target zone, adjacent tissues may feel the effect in a very big way. For example, explains Lawrence, if a stereotactic radiation beam hits an airway passage in the lungs, the patient could die from bleeding. Therefore, if a tumor is too close to such a critical structure, doctors must carefully weigh those risks to determine if and how they should continue treatment. “We wouldn’t necessarily forgo treatment altogether,” says Lawrence. “If [part of a tumor] is very close to normal tissue, we would give a slightly lower dose of radiation and give other parts [of the tumor] a higher dose.”

Radiation may help increase immune response with some treatments.

Over the past two years, case reports of patients undergoing stereotactic radiation for metastatic melanoma or lung cancer and who also took a drug called Yervoy (ipilimumab) that stimulates the immune system (see “Unleashing the Immune System” in the Spring 2014 issue of Cancer Today) showed an unexpected effect—the disappearance of other metastases far away from the part of the body that received the radiation. Researchers have dubbed this systemwide response the abscopal effect, and they’re interested in potentially exploiting the combination therapy’s potential as a new cancer treatment.

Scientists have an explanation for what they think happened in these cases, says Stephen Hahn, a radiation oncologist at the University of Texas M. D. Anderson Cancer Center in Houston. They believe that the extremely high doses of radiation given to cancer cells killed them quickly, similar to an explosion, and caused them to release proteins into the bloodstream near the tumor. The immune system’s surveillance cells recognized these proteins as a threat, and thanks to the stimulatory effect of Yervoy, which ramps up the immune system’s T cells, the combination therapy triggered systemwide attacks on those proteins, and therefore on the cancer, he says.

Because stereotactic radiation is more precise, some radiation oncologists have begun using it even when there are no data to show it is more effective than other forms of radiation. For example, Narang and his colleagues found in a study that 66 percent of U.S. hospitals and private practices surveyed advertised the use of stereotactic radiation to treat cancer types, such as pancreatic and prostate cancer, that at the time had not been endorsed for the procedure by the National Comprehensive Cancer Network (NCCN), a professional association of cancer centers in the U.S. that issues evidence-based treatment guidelines. The study was published in the Journal of Oncology Practice (JOP) in January 2013.

Joseph Herman, a radiation oncologist at the Johns Hopkins University School of Medicine and one of the study’s authors, says that the technology’s uses are expanding so fast that professional guidelines may lag behind current clinical practices. For example, a year after the JOP study was published, the NCCN changed its guidelines, adding stereotactic radiation as a treatment option for men with prostate cancer at clinics with the appropriate technology and expertise.

Learn more about radiation and other treatment options by reading these patient guidelines for specific cancer types.

“Ideally, such treatment [for uses not endorsed by professional guidelines] would occur within the context of a clinical trial,” says Herman, who notes that not all new uses have long-term evidence about effectiveness, safety or superiority compared with more established radiation protocols.

“Patients need to understand that we don’t have long-term data to truly say whether or not it’s as good as or better than standard radiation, and that there are risks involved,” says Herman, who uses the technology to treat pancreatic tumors, another growing area for clinical study. “I wouldn’t fault someone for [offering] a clinical trial looking at it. I would fault someone if they did it routinely without acknowledging to their patients that this is something that is investigational,” says Herman.

When considering their treatment regimens, patients who need radiation therapy should focus less on any one advertised technology and more on a hospital’s overall quality of care and experience, Movsas says. He recommends that patients choose a hospital with a demonstrated track record of treating large numbers of patients with their type of cancer—especially because patients are likely to receive more than one type of treatment for their cancer, including chemotherapy and surgery.

No matter what kind of radiation therapy patients receive, it is important that they talk with the care team to weigh the pros and cons of any approach. Patients should ask about the purpose of the radiation treatment—whether it is meant to be a cure or to relieve symptoms and improve quality of life—as well as any associated side effects. And if patients have heard of a radiation approach for their type of cancer, they should ask whether reliable medical evidence supports using the therapy or if any alternatives might provide a similar result with fewer risks. They also should check their health insurance to see if stereotactic radiation and other newer treatments are covered.

In a best-case scenario, patients will bring information from advertisements and other sources to their doctor and begin a conversation, Narang says, noting that physicians should then help patients interpret the data to make informed and collaborative decisions about treatment.

Sharon Reynolds is a Baltimore-based science writer who has been immersed in the world of cancer research since 2002.

When you are diagnosed with cancer, how can you be sure you're getting appropriate care?