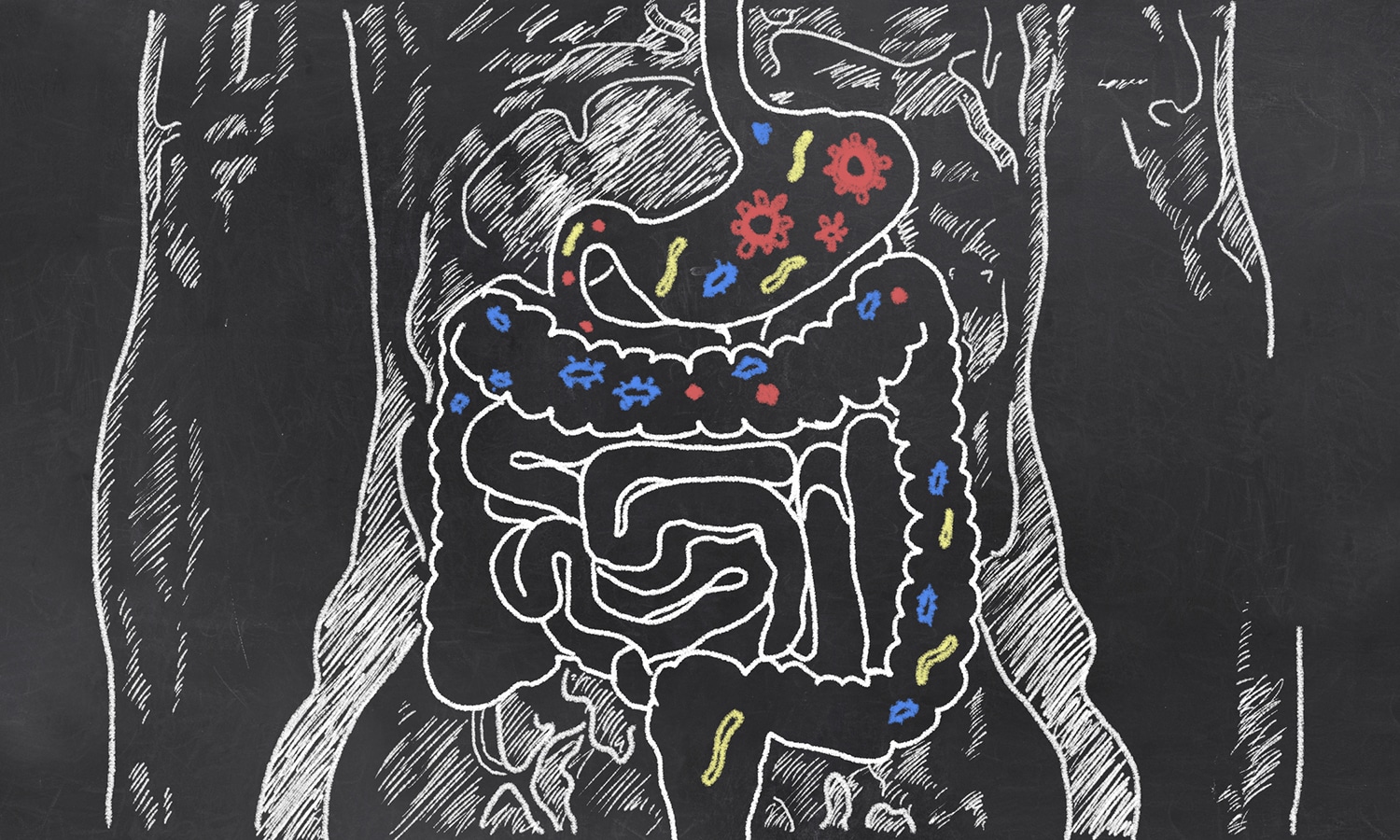 The gut is home to trillions of bacteria. Most of these resident microbes aid in digestion, influence body weight and help train the immune system. But some may also increase the risk for colorectal cancer, potentially offering new clues to cancer prevention.

A study published Dec. 18, 2013, in the Journal of the National Cancer Institute found that people with colorectal cancer have fewer beneficial bacteria and more harmful bacteria in their digestive tract than people who are healthy.

Jiyoung Ahn, a molecular epidemiologist at New York University School of Medicine, and her colleagues analyzed the DNA in gut bacteria taken from stool samples of 47 newly diagnosed colorectal cancer patients and 94 healthy people. They discovered that two types of bacteria, Fusobacterium and Porphyromonas, were more likely to be found in the colorectal cancer patients. Fusobacterium causes inflammation in the gut, and research over the past few decades has established a strong link between inflammation and cancer.

“In the gut, there are good guys and bad guys,” says Ahn. These findings suggest that a healthy balance of gut bacteria may reduce the risk of colorectal cancer, she says.

Researchers have suspected a connection between gut microbes and cancer ever since scientists discovered in the early 1990s that the stomach bacterium Helicobacter pylori is a risk factor for stomach cancer, says Temitope Keku, a molecular epidemiologist who studies gut bacteria and cancer at the University of North Carolina at Chapel Hill School of Medicine. (See “Clues to Stomach Cancer Discovered in South America.“)

The studies looked at what happens when cancer treatments are given to mice that have gut bacteria and mice that have been given bacteria-killing antibiotics.

One study tested a type of immunotherapy and the chemotherapy drugs Platinol (cisplatin) and Eloxatin (oxaliplatin). The other tested cyclophosphamide. In both, the mice with gut bacteria responded far better to cancer therapy than those purged of bacteria, because the gut bacteria helped mobilize the immune system to fight cancer cells.

Scientists now need to determine whether what they found in mice also applies to humans.

But it wasn’t until the past decade that new molecular technology allowed scientists to look for a link. “We now know which bacteria are there,” says Keku. “The next step is to figure out what they are doing.” This work includes determining whether the hostile gut bacteria cause cancer or perhaps simply find cancer cells a hospitable environment in which to reside.

Keku is currently examining the function of gut bacteria in people with benign tumors called adenomas, which may go on to become cancer. If researchers are able to determine that specific bacteria not only exist alongside colorectal cancer but increase cancer risk, that knowledge might lead to a screening test that identifies people who may benefit from preventive measures, such as a probiotic to strengthen the colon’s anti-cancer defenses, Keku says.

Meanwhile, Ahn’s research team is studying whether changes in fiber intake and other dietary factors can reduce the amount of potentially cancer-causing gut bacteria in healthy people. “This research could open up new ways to protect against colorectal cancer,” she says.