Cancer Screening: A Dose of Reality

Q&A with H. Gilbert Welch, professor of medicine at the Dartmouth Institute for Health Policy and Clinical Practice. 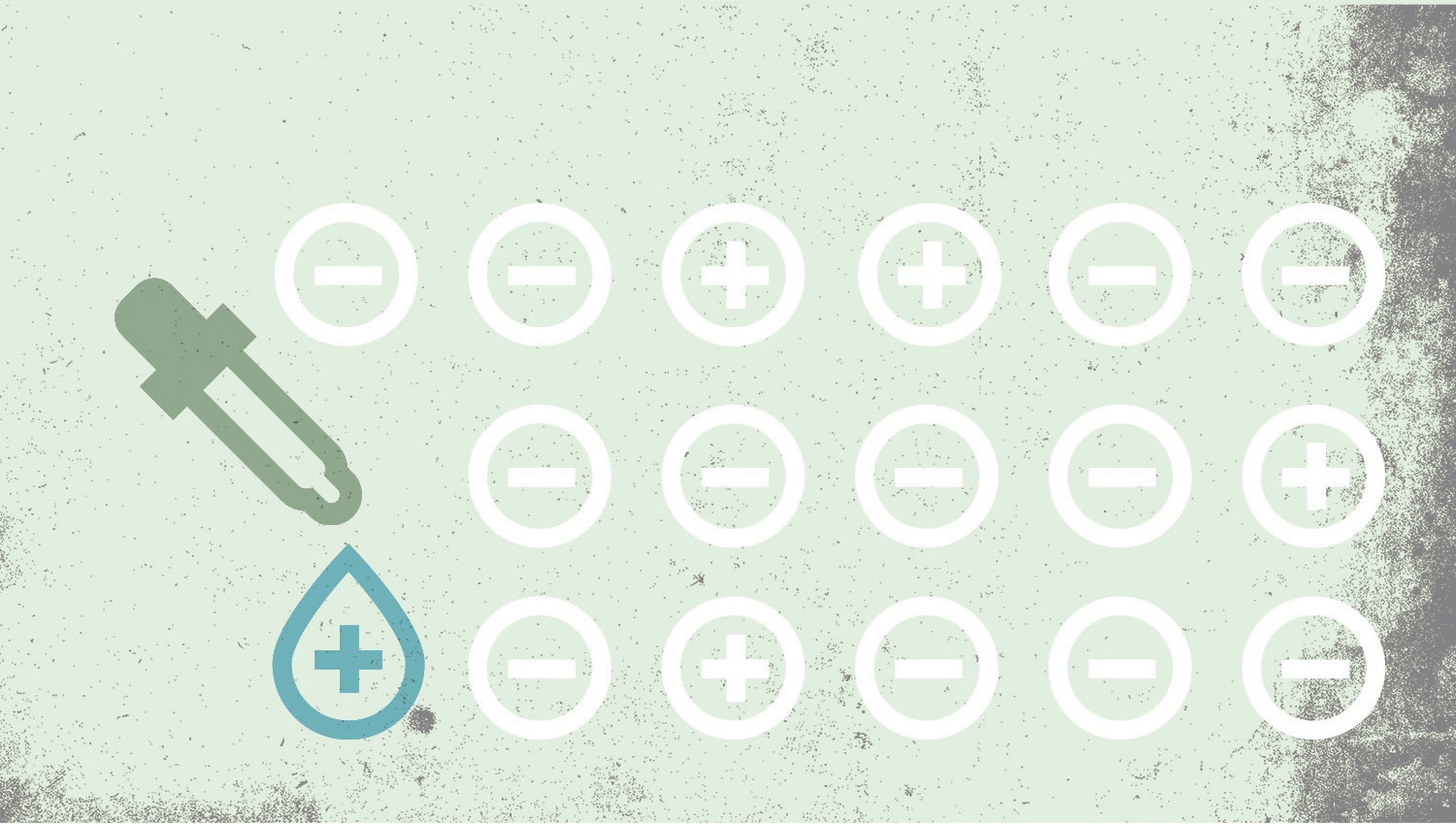 The cancer screening conundrum was front and center in January, when a study published online in the Journal of the National Cancer Institute found that men who received annual prostate-specific antigen (PSA) tests through the large national Prostate, Lung, Colorectal and Ovarian Cancer Screening Trial were just as likely to die of prostate cancer as men receiving routine care. The findings came on the heels of controversial new prostate cancer screening guidelines released in October 2011 by the U.S. Preventive Services Task Force (USPSTF).

Cancer Today recently spoke with H. Gilbert Welch, a physician who studies cancer screening, about the new USPSTF guidelines—and his take-away messages for all individuals who are seeking more clarity about the limitations of routine cancer screening.

Q: How would you describe the “state of the state” of cancer screening?
A: I think we are all developing a bit of a healthy skepticism about the simple doctrine that it is always better to find cancer early. … Uncritical acceptance of this doctrine has led us to find many more cancers than those that will ever become important. And because we doctors don’t know which ones matter, we tend to treat all of them, which leads to the problem of overdiagnosis: where someone cannot benefit from treatment because their cancer never actually needed to be treated—but they can be harmed.

Q: But to many people it seems like the risk of overdiagnosis is better than the alternative—dying of cancer.
A: There is the potential to help a very few patients—and help them in a big way—to avoid a cancer death. But this comes at a tremendous cost. Not just in dollars. Some people will be treated needlessly and some will suffer and die from that treatment. I’m not saying no one should ever be screened again. I’m saying that people ought to know both sides of the story.

When it comes to cancer screening, there are two seemingly contradictory truths: Screening can find tumors that don’t need to be treated, and routine screening at appropriate intervals can save lives. The U.S. Preventive Services Task Force (USPSTF) has developed evidence-based screening recommendations designed to decrease the risks and obtain the benefits. One of the objectives of Health​y People 2020, a 10-year agenda for improving the nation’s health, is to get as many people as possible to receive the USPSTF’s recommended screening for breast, cervical and colorectal cancers. But according to a recent government report, more work still needs to be done.

The report, which analyzed data from the 2010 National Health Interview Survey, was released in Morbidity and Mortality Weekly Report, a publication of the Centers for Disease Control and Prevention, on Jan. 27, 2012. It showed that breast cancer screening rates have changed little in the past 10 years, while cervical cancer screening has dropped slightly, and colorectal cancer screening has increased. The survey found differences among ethnic groups, with some screening rates significantly lower among Asians and Hispanics. Rates were also lower for recent immigrants and individuals who lacked health insurance or had no regular access to health services. 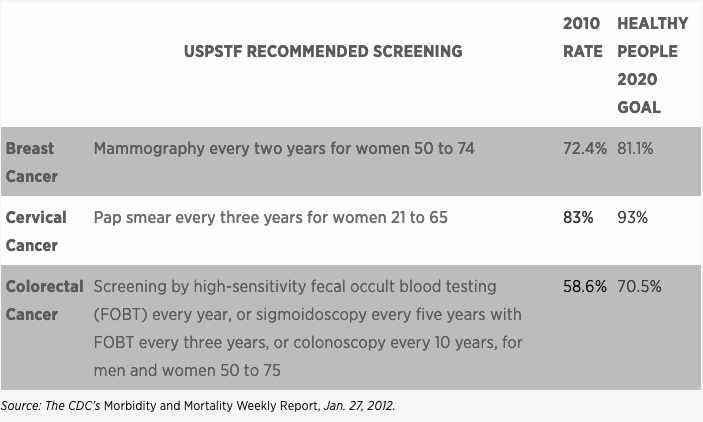 Q: The USPSTF now recommends that men under 75 not receive routine PSA testing. But there are doctors who say the USPSTF is wrong, as well as men who say their lives were saved because they had a PSA test.
A: Survivor stories are among the most misleading anecdotes in medicine. The presumption is that a patient who was diagnosed with cancer through screening and is doing fine has benefited. But there are two other possible explanations: The cancer could have been treated just as well when it appeared clinically, or the cancer never needed to be treated.

Q: But wouldn’t patients who were diagnosed with late-stage cancers have benefited if their cancers had been found early?
A: Not necessarily. Good people doing all the right things still develop bad cancers that are destined to kill them, and the presumption is that early detection would have changed that, but that is a huge presumption.

Q: How can we reduce the problem of prostate cancer overdiagnosis?
A: I think that if we raised the threshold for what constitutes an abnormal PSA, or if we only biopsied the prostate when the ultrasound shows nodules, we would dramatically reduce the overdiagnosis problem.

Q: What should people do when they hear about conflicting studies or new screening recommendations?
A: The first thing is: Take a deep breath and relax. The truth is that cancer screening is not the most momentous decision they will need to make. It’s more important to not smoke, to exercise, and to eat fruits and vegetables.