The Promise of CRISPR 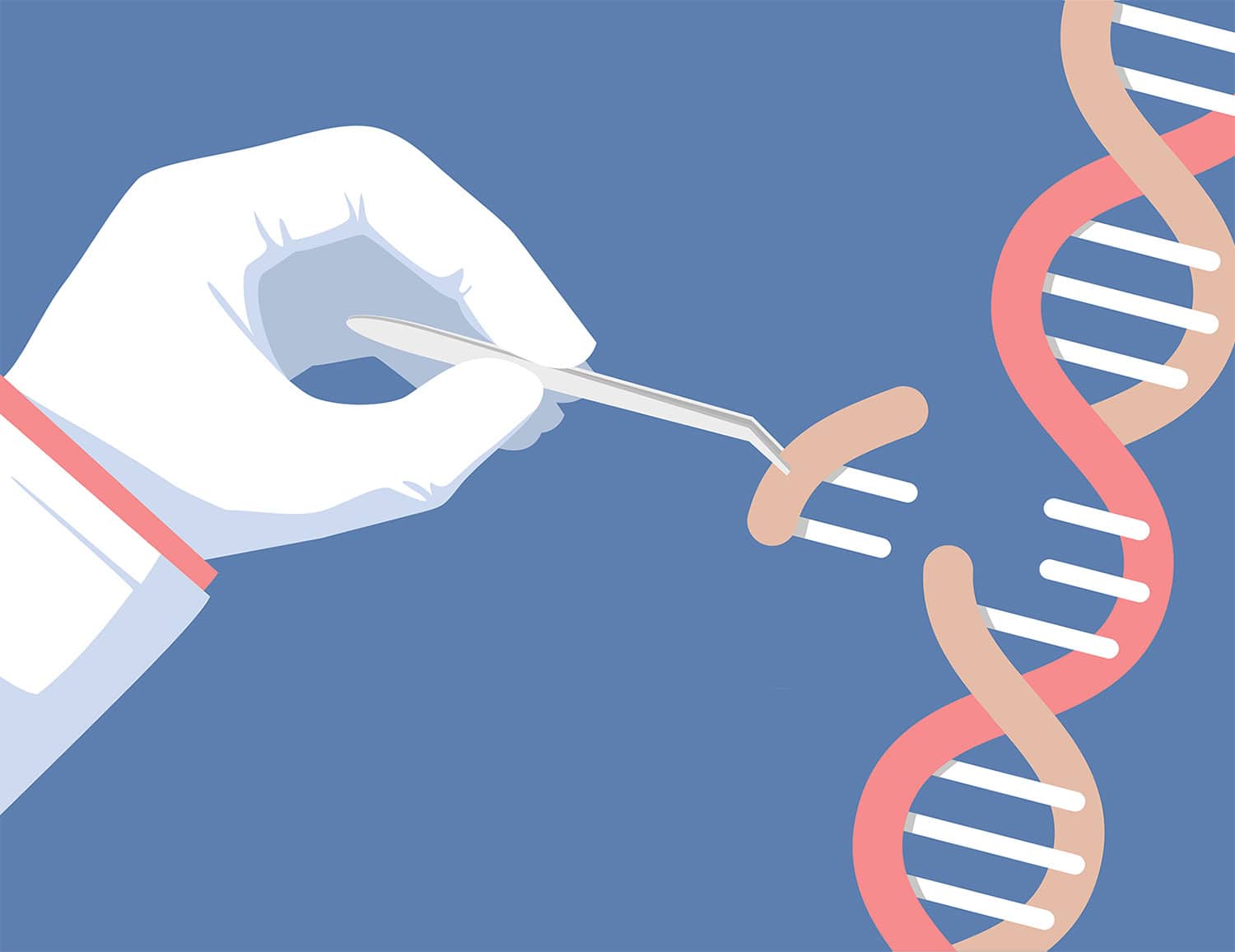 THE PROSPECT OF GENE EDITING can invoke both hope and fear. Scientists are already testing the ability of the gene-editing tool CRISPR to precisely target DNA with the hope of treating diseases. For example, clinical trials are underway that use CRISPR to edit DNA in patients’ immune cells so they can better target cancer.

The CRISPR gene-editing system takes advantage of a natural defense found within the chromosomes of bacterial cells that includes repeating strands of DNA separated by so-called spacers. This region, referred to as clustered regularly interspaced short palindromic repeats (CRISPR), encodes RNA to seek out that specific DNA sequence in viruses. Once the sequence has been found, a protein called Cas9 cuts both strands of the DNA. Thus, by harnessing the same technique that helps bacteria protect themselves from pathogens, scientists can engineer a sort of “global positioning system” that locates and resects malfunctioning DNA or inserts new sequences at specific locations. 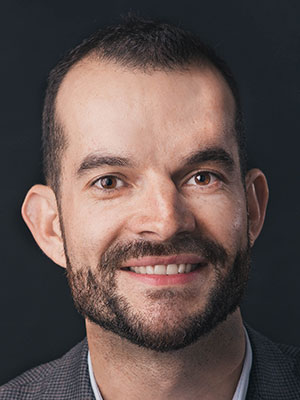 Biochemist Samuel H. Sternberg, co-author of A Crack in Creation: Gene Editing and the Unthinkable Power to Control Evolution. Photo by Matt Wong

As part of his graduate and postgraduate work, Samuel H. Sternberg studied this technology in the lab of biochemist Jennifer A. Doudna at the University of California, Berkeley. Doudna was part of an international group of scientists who described the technology’s ability to cut targeted DNA sequences in Science in June 2012.  After receiving his doctorate in chemistry in 2014, Sternberg teamed with Doudna to write A Crack in Creation: Gene Editing and the Unthinkable Power to Control Evolution, which details the lab’s research with the technology and outlines its prospects, limitations and key ethical considerations.

Today, Sternberg runs his own research lab at Columbia University in New York City, where he is working to develop more precise gene-editing techniques. He spoke with Cancer Today about recent developments in gene editing.

Q: In its simplest form, I’ve heard CRISPR-Cas9 described as a cutting tool, but is there more to the process of inserting a gene in a precise spot after the cut?
A: Yes, the technology cuts, but it’s getting more complicated. CRISPR is really becoming this umbrella term that focuses on different enzymes, different genes, different RNA protein molecules, and many of them have slightly different functions. The idea is we’ll have a toolbox to use the most functional tools depending on what we want to achieve.

Q: The technology you’re working on in your lab doesn’t make a cut. What is the benefit of that?
A: An adverse effect of using a cut for gene editing is there has been a lot of work showing that these cuts can introduce wrong deletions, even the fusion of different chromosomes with something called a translocation. And that is why, in some cases, it is somewhat undesirable because the cell goes into a red-alert mode and sometimes it can do things you really don’t want.

Q: Let’s talk a little bit about the controversy with gene editing. What are some of the challenges?
A: One of the inherent challenges here is that there is no one person who controls technology, and there’s no real likelihood that everyone is going to think the same about it. People have different attitudes about where we should and should not intervene. I think it is unrealistic to assume that there will be some outcome where everyone just agrees. Nevertheless, I think we need to have those difficult conversations.

Q: Is there any person or organization taking the lead?
A: The National Academy of Sciences and the National Academy of Medicine, along with international organizations, took a leadership role. These organizations held the first conference that really tackled these issues in D.C. in 2015. They then published a lengthy report that came out in 2017. The report can be quite technical, but it is encouraging to have the leading scholars, scientists and ethicists coming together and doing a deep dive on the technologies, and not just on the scientific side of it, but on the downstream implications. I think that report really does a good job of laying the groundwork for these conversations.

Q: What are some realistic applications of CRISPR technology?
A: Even before gene-editing tools became developed, cancer immunotherapy had such rapid movement. I think I see the most immediate excitement in using a combination of CRISPR and immunotherapy when using CAR-T cells, which has already been in trials in China and is now in clinical trials at the University of Pennsylvania in Philadelphia.

Through Dec. 23, we will be discussing A Crack in Time: Gene Editing and the Unthinkable Power to Control Evolution in our online book group.

Q: CAR-T cell therapy, which is currently approved by the U.S. Food and Drug Administration for some blood-related cancers, involves a process where T cells are taken from the patient’s blood. They are then engineered with a special receptor to help bolster an immune response and infused back in the patient. Does being able to have these cells modified in the lab make it easier to do gene editing?
A: Yes, that’s ex vivo therapy, which is another reason why it’s attractive in terms of being a more low-hanging fruit. For genetic diseases, it’s quite straightforward to repair a disease-causing mutation in cell lines in the laboratory. But how do you do this effectively in a patient? When you engineer T-cells in a lab, you have all the control over how the cells are cultured and the ways of delivering CRISPR into those cells. CAR-T cell therapy allows you to access gene editing in a context where it is easiest.

Q: What are your hopes for CRISPR technology when you think of cancer?
A: We share one story in the book about a 1-year-old girl who was dying of leukemia. She received an infusion of gene-edited T cells on a compassionate use basis because essentially that was the last resort. And that was able to bring her back to health long enough for her to receive a bone marrow transplant that was successful in sending the cancer into remission. The real dream is that we can deliver this kind of precision medicine—designer therapy for a particular cancer—by engineering the T cells or the immune cells to specifically hunt down those cancer cells in the body. That’s where I see a lot of excitement, where I see some commercial therapies being developed.

Science writer Charles Graeber describes how a shift in researchers' understanding of immune function and cancer is leading to effective treatments.

Hope Amid the Hype