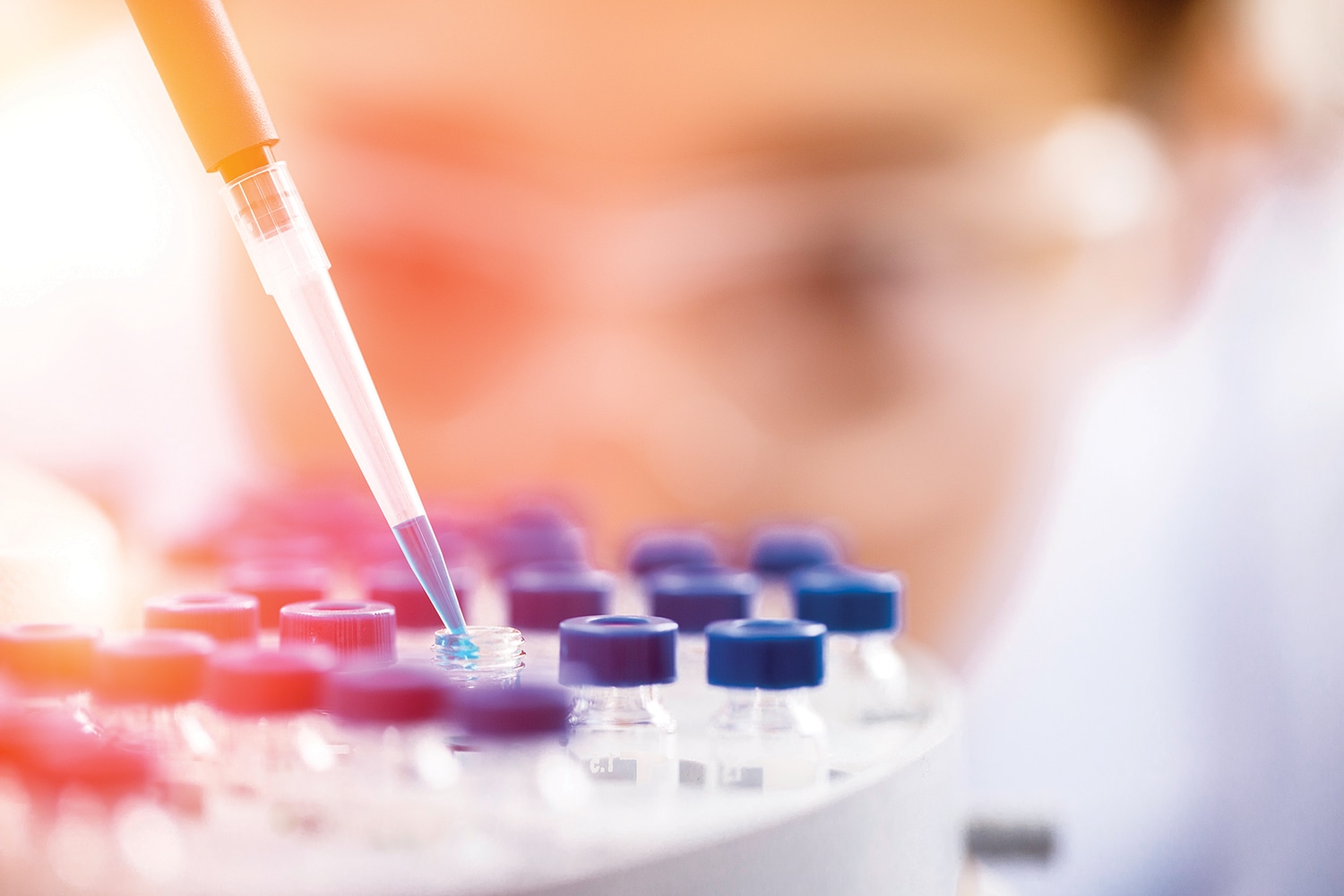 Organoids are small, three-dimensional structures about the size of the period at the end of this sentence. Derived from a patient’s cancer cells, they are currently being used in laboratory research studies to learn more about which types of tumors respond to different types of cancer therapies. Organoids are also being tested in clinical trials. If they can be grown more quickly and effectively, and are found to mimic a tumor’s response, organoids might also one day help doctors select treatments for patients.

Nicola Valeri, a medical oncologist at the Royal Marsden Hospital in London, and his research team created organoids for patients with metastatic esophageal or colorectal cancer. Their study, published in February 2018 in Science, found that a cancer drug that was not effective in the organoid also wasn’t effective in the patient. However, 12 percent of the time, patients’ tumors did not respond, even though the drug was effective in the organoid. Valeri says he believes this occurred because the patient’s metabolism and the microenvironment that surrounds the tumor affect treatment response—and the organoid doesn’t account for that.

In another proof-of-principle study, published in the May 2017 Cancer Discovery, oncologists at the Englander Institute for Precision Medicine at Weill Cornell Medicine in New York City tested around 160 drugs—targeted therapies, chemotherapies and experimental cancer therapies—on organoids derived from four patients, two with advanced uterine cancer and two with metastatic colorectal cancer. The researchers used single and combination therapies on the organoids, and they intentionally used many drugs not approved for these types of cancers. They found that two targeted therapies approved to treat breast cancer were most effective for one uterine organoid, while the other uterine organoid responded best to targeted therapies approved to treat breast cancer and lymphoma. One colorectal cancer organoid responded best to a colon cancer drug combined with a targeted therapy for metastatic melanoma; for the other, the best combination included lung cancer and blood cancer targeted therapies.

Hans Clevers, a stem cell biologist at the Hubrecht Institute in Utrecht, Netherlands, developed the first organoids in 2009. In the Netherlands, an organoid grown from a patient’s intestinal cells is being used to determine which cystic fibrosis patients are likely to respond to the drug Orkambi (lumacaftor/ivacaftor). In the U.S., only patients who have a specific genetic mutation receive this drug, which can cost more than $250,000 per year. The Dutch began using organoids after studies showed some cystic fibrosis patients who do not have the mutation also respond to the treatment.

Researchers are trying to find ways to grow organoids more quickly. Right now, it takes at least four to six weeks to generate an organoid, says Mark A. Rubin, a molecular pathologist and prostate cancer researcher at the University of Bern in Switzerland who was involved with the study at Weill Cornell Medicine. Also, not every attempt is successful. David Tuveson, a cancer biologist at Cold Spring Harbor Laboratory in New York, says that in his lab, cells from a tumor biopsy fail to grow into a viable organoid a quarter of the time. And the cost is high. A single organoid can cost $5,000 to grow, says Tuveson, and testing the cancer drugs on them can run thousands of dollars more.

Even so, Tuveson believes organoids have the potential to make a difference in cancer care. “The goal is to go from research to an actual clinical study where the organoids inform doctors on approaches they can use to treat patients,” Tuveson says. “That’s the direction the field is going.”