T cells are being rebuilt to kill cancer cells. 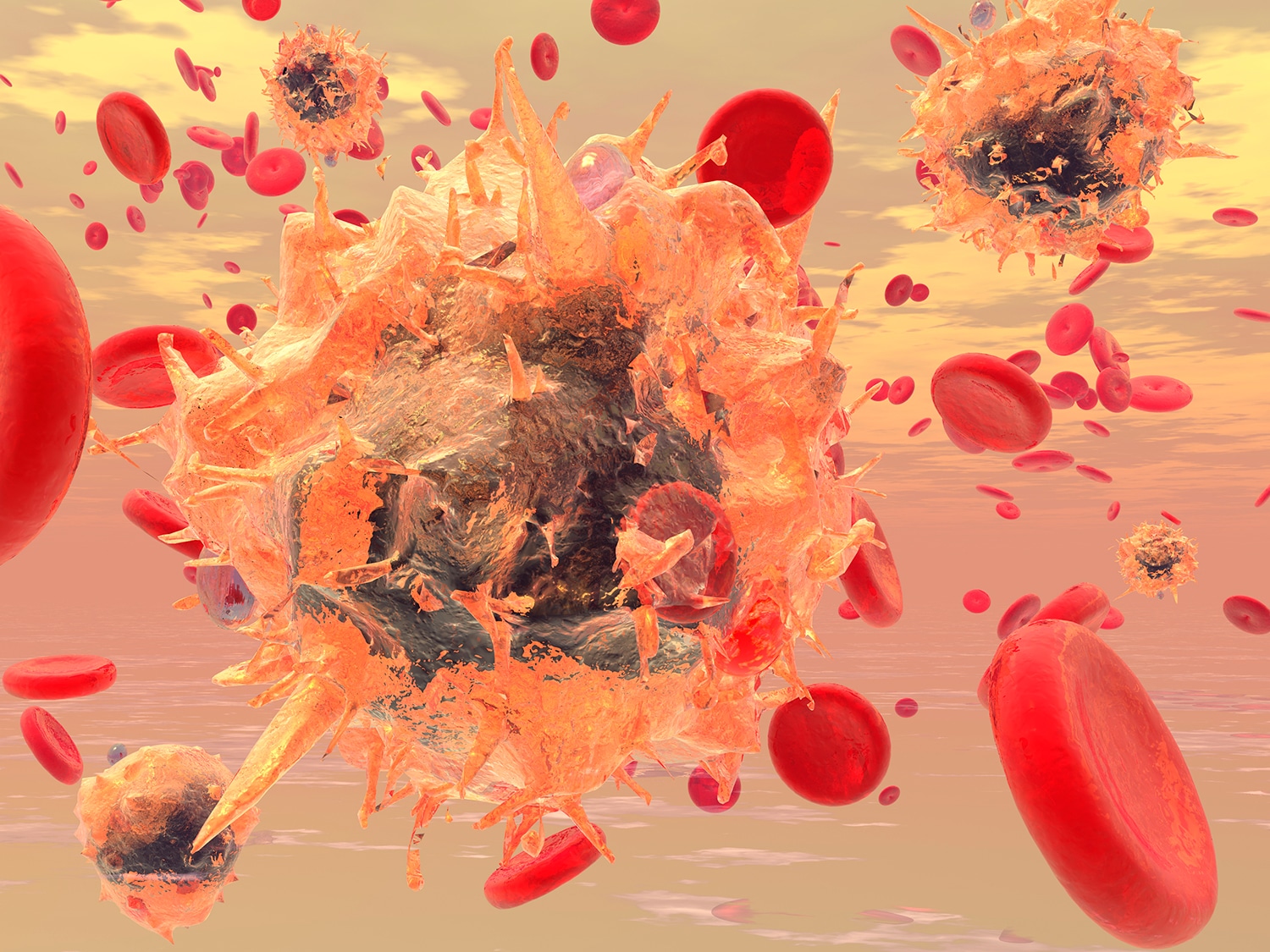 IN THE 1970S TELEVISION SERIES The Six Million Dollar Man, the narrator says of severely injured astronaut Steve Austin: “We can rebuild him. We have the technology. We can make him better than he was. Better, stronger, faster.” The narrator was referring to “bionic” technologies that provided higher visual acuity, stunning strength and the ability to run at speeds greater than 60 miles per hour.

Over the past few years, cancer immunologists have achieved a comparable feat. They have taken T cells—the immune cells capable of destroying infectious agents, foreign cells and cancers—and rebuilt them to be better than they were, better at recognizing and killing cancer cells.

This new technology, called chimeric antigen receptor T cell (CAR-T cell) engineering, is not a bionic process per se. Instead, it uses recombinant DNA techniques to build new and improved receptors for T cells that have been removed from the body of an individual with cancer. The new receptors are chimeric in that they are created with components from different sources, including one part that sticks out from the T cell to recognize a specific target on a cancer cell and another part inside the T cell that can deliver an activation signal that readies it to attack the cancer cell. When the CAR-T cells are reinfused into the patient’s body and encounter targets on cancer cells, the chimeric antigen receptor drives proliferation of T cells and promotes cancer cell destruction.

The first type of cancer successfully treated by CAR-T cells was acute lymphoblastic leukemia (ALL), a cancer of lymphoid blood cells that occurs most commonly in children between the ages of 2 and 5. More than 3,000 cases are diagnosed in the U.S. annually, and the cause of the disease remains elusive. Before modern treatments became available, ALL tended to progress to threaten life over a period of weeks. Fortunately, most children with ALL today can be cured with intensive courses of chemotherapy—the first cancer type cured in this way. Despite these advances, some children experience a relapse of ALL, a harbinger of a poor outcome.

Like many normal lymphoid blood cells, ALL cells express a protein arising from the cell surface called CD19. A CAR-T cell strategy was developed to engineer patients’ T cells capable of selective recognition and destruction of all cells bearing CD19, including the cancer cells in children with relapsed ALL. In a clinical trial testing this strategy, 40 of 63 children and young adults with relapsed ALL had complete and fairly durable remissions after being treated with the CD19-targeted CAR-T cells (called Kymriah, or tisagenlecleucel). Side effects were substantial, sometimes even fatal, but the benefits were such that the U.S. Food and Drug Administration (FDA) approved the treatment for ALL in 2017. Since then, a second CD19-directed CAR-T cell approach, Yescarta (axicabtagene ciloleucel), has been approved by the FDA for the treatment of non-Hodgkin lymphomas expressing CD19, and Kymriah has also been approved to treat these types of cancers. In addition, the immunosuppressive drug Actemra (tocilizumab) has been found to mitigate some of the worrying side effects seen in early clinical studies of CD19-directed CAR-T cell therapies.

Attempts are underway to build more and better versions of CAR-T cells aimed at new targets. Next-generation CAR-T cells may also have safety features allowing them to be “turned on” after infusion into the body and “turned off” after killing cancer cells. There are even new technologies on the horizon that may make CAR-T cell therapy more accessible by creating “generic” CAR-T cells that can be used on many different patients.

Like Steve Austin, the bionic man from television, CAR-T cells are truly becoming “better, stronger, faster.” But these rebuilt immune cells have cancer cells in their sights.