Neoadjuvant therapy may be an option.

Many people assume surgery is the first step in cancer treatment. But for some patients, neoadjuvant therapy—chemotherapy, radiation therapy or hormone therapy given before surgery—can be part of their cancer care.

Neoadjuvant treatment is routinely used for certain breast, esophageal, lung, stomach and rectal cancers, as well as for some sarcomas. Nikesh Jasani, an oncologist at the University of Texas M.D. Anderson Cancer Center in Houston, says it is typically used to shrink the tumor, allowing the surgeon to preserve all or parts of an organ (for example, the oropharynx in those with head and neck cancer), spare a limb (such as in certain sarcomas), or do a smaller surgery. In addition, in some patients with highly aggressive tumors, Jasani says, “you may have better control of the tumor” if you give chemotherapy before surgery. 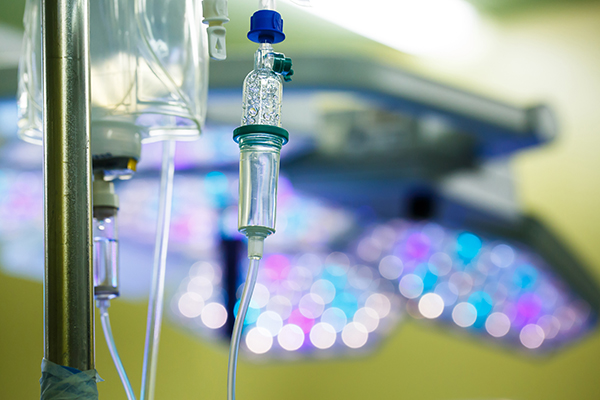 When Nancy Touhill of Atlanta was diagnosed in 2015 at age 33 with stage II triple-negative breast cancer, she hadn’t heard of neoadjuvant chemotherapy. But her doctors wanted to see if they could shrink her large tumor, she says.

Touhill had eight rounds of chemotherapy. The treatment worked, contributing to her decision to have a lumpectomy instead of a mastectomy. Although she had post-surgery radiation, Touhill did not need additional chemotherapy because there was no cancer seen during the surgery. Her oncologist told her this “complete pathological response” was an indicator of a good prognosis, she says.

Does neoadjuvant therapy create an avenue for metastasis?

A new study has raised concerns that neoadjuvant chemotherapy could provide an avenue for malignant breast tumor cells to spread to distant sites. The study, led by researchers in New York City at Einstein College of Medicine and Montefiore Medical Center, was published on July 5, 2017, in Science Translational Medicine.

The researchers studied breast cancer growth in mice, as well as biopsy specimens from 20 women who received Taxol (paclitaxel), Adriamycin (doxorubicin) and Cytoxan (cyclophosphamide) before surgery and did not have a full response—meaning they still had tumor present at the time of surgery.

The study found that sites where three specific types of cells came into contact with one another—known as a “tumor microenvironment of metastasis” (TMEM)—served as entry points for tumor cells to move into blood vessels and be carried elsewhere in the body. Use of chemotherapy drugs was associated with a higher number of TMEM sites. Also, the higher the number of TMEM sites, the more likely the tumors were to metastasize, compared to tumors with fewer TMEM sites.

While the study identified an “interesting potential resistance mechanism,” there is no foundation for concluding that Taxol causes metastasis or that women should avoid neoadjuvant chemotherapy, says Laura Esserman, a breast oncologist at the University of California, San Francisco, who was not involved in the study. Esserman, who has conducted numerous neoadjuvant clinical trials, notes that all the women in the study had tumors that did not fully respond to neoadjuvant chemotherapy. These tumors tend to be more aggressive and more likely to metastasize, which could influence the study’s findings.

Chemotherapy drugs were the first treatments used in the neoadjuvant setting. Today researchers are studying other options. Cynthia Ma, a medical oncologist at the Washington University School of Medicine in St. Louis, for example, is leading a phase III trial of nearly 1,500 postmenopausal women with stage II-III breast cancer to determine whether neoadjuvant Faslodex (fulvestrant), an anti-estrogen drug approved to treat metastatic breast cancer, or the combination of Faslodex and Arimidex (anastrozole), an anti-estrogen drug used to treat early-stage breast cancer, is better than Arimidex alone for shrinking breast tumors. The findings could lead to new treatment options.

Treatment before surgery isn’t right for every patient, Jasani says. He advises patients to ask their doctors whether neoadjuvant treatment is an option and if so, why it might be beneficial. “Every cancer is different, and clear communication about treatment is the most important thing,” Jasani says.