Cancer survivor Emily McDowell creates greeting cards that give people the words to talk about a difficult disease.

Emily McDowell’s greeting cards dispense with “get well soon” and other platitudes, opting for a more direct approach: “Please let me be the first to punch the next person who tells you everything happens for a reason,” one card reads. “I’m sorry you’re going through this.” 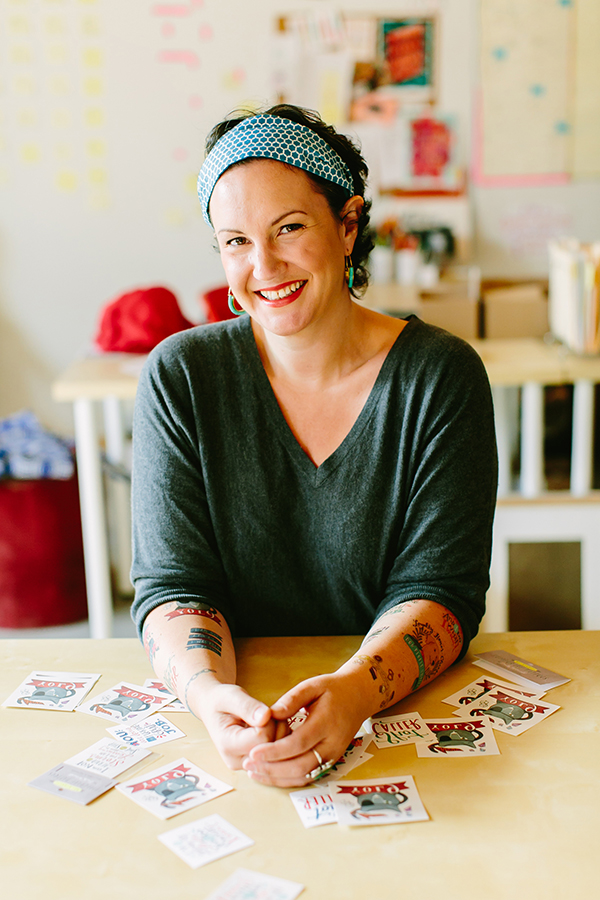 Emily McDowell says her experience with cancer “helped show me that there’s a lot of room in our culture for telling the truth.” Photo by Lehua Noëlle Faulkner

McDowell, a Los Angeles-based illustrator and writer, quit her full-time advertising job in 2011 to freelance, and in 2013 she started her greeting card business. Her first offering was a Valentine’s Day card unlike any other: “I know we’re not, like, together or anything,” the card opened, “but it felt weird to just not say anything so I got you this card. … ” McDowell sold the cards on Etsy, an online marketplace where people can sell their own creations. She originally printed 100 cards, but within a week, she had orders for about 1,700. Her sales have climbed since then, and in May 2015, she launched a line of empathy cards for people with serious illnesses, including cancer.

The inspiration for these cards comes from a personal place: In August 2000, at age 24, McDowell was diagnosed with stage III Hodgkin lymphoma and underwent nine months of treatment, including chemotherapy and radiation. The worst part about the experience, she says, was feeling isolated from the people around her. Many of her friends and family had never been around a cancer patient and didn’t know what to say or do.

Cancer Today spoke with McDowell about the power of greeting cards that tell the truth to help patients with a cancer diagnosis feel less alone.

CT: What did you think about the greeting cards you received during your cancer treatment?
MCDOWELL: I remember getting “get well soon” cards, which seemed weird for cancer patients. I remember thinking that I’d try to get well. People often don’t know what to say. 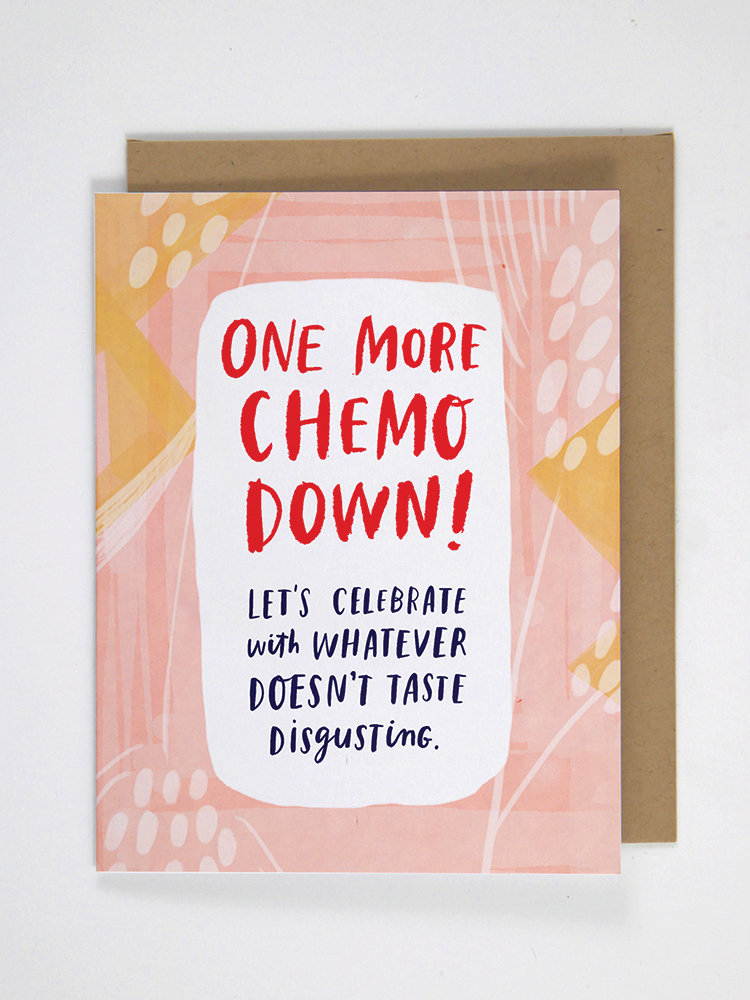 CT: How did your experience with cancer shape your current ideas about facing a serious disease?
MCDOWELL: Up until now, “cancer survivor” wasn’t a public part of my identity at all. When I went into remission, I wanted to put the experience behind me as quickly and completely as possible. But in 2011, one of my closest friends was diagnosed with cancer and passed away three months later. Witnessing that, and being able to be present for her, changed my perception of my own experience. For the first time, I was able to see how my experience [as a patient] had given me a valuable perspective that not everyone had.

I’m not ever going to say that cancer was a “gift” because that’s not true. At the same time, I feel fortunate to have been granted the perspective that I have now. My experience helped show me that there’s a lot of room in our culture for telling the truth. Ultimately, I think I was able to use it positively and connect with people at a deeper level.

CT: How do people respond to your messages?
MCDOWELL: So many wonderful responses. A lot of patients and survivors say things along the lines of “Finally someone gets it.” A friend of a woman with cancer reached out to let me know that when her friend got sick, she had pulled away [from her friend] because she didn’t know what to say, but the cards gave her a tool to reach back out, apologize and reconnect. I’ve gotten a number of messages along those lines, and those mean a lot to me. I’ve been showered with emails from former patients who say “Thank you, I relate to this,” and from friends and family of people who’ve been sick, saying “Thank you for giving me something I can send to my friend. This feels appropriate.” It’s been really rewarding.

CT: Among all your cards, do you have a favorite?
MCDOWELL: That’s kind of like asking if I have a favorite child! My favorite changes with every new batch we make, which I think is good, because it means I’m doing my job right. My current favorite card says “You’re like a sister to me, except I never hate you.” I think maybe my all-time favorite is “There’s nobody else I’d rather lie in bed and look at my phone next to.”

CT: What would you say to someone newly diagnosed with cancer?
MCDOWELL: You aren’t alone, even though it might feel like you are. It’s OK to be scared. It’s OK to be angry. Don’t be afraid to tell people what you need. A lot of people want to help, but they have no idea what to do. It’s not your responsibility to make the people around you feel comfortable with your illness. Your only job right now is to get better.