To Test or Not to Test 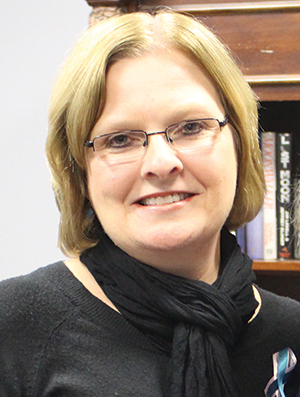 SITTING IN MY CAR  outside the Hugh Kaul Human Genetics Building in Birmingham, Alabama, in January 2015, I recalled the last time I had been there. A decade earlier, my husband and I met with a genetic counselor after my second primary diagnosis of breast cancer in 11 years.

We decided then not to move forward with testing that might reveal a genetic explanation for my breast cancer. With a price tag of $3,500, the test would not necessarily offer definitive answers, and the results we received might not be relevant to our daughters, then 7 and 4, for many years.

A lot has changed during the past decade to lead us to reconsider testing. Our older daughter is now 17. My first breast cancer diagnosis occurred at age 29, and some experts recommend that daughters begin cancer surveillance a decade earlier than a mother’s diagnosis. So our first child will be making her own appointments for breast cancer screening soon. My younger daughter, who is 14, is close behind.

Meanwhile, genetic testing for BRCA1 and BRCA2 mutations has become more affordable compared to 10 years ago, thanks in part to a U.S. Supreme Court decision in 2013 banning gene patenting. In addition, this testing is now covered for high-risk women under the Affordable Care Act. Given our daughters’ current ages and the relative affordability of BRCA testing for me, a moment of serendipity occurred in November 2014 when I was able to speak with geneticist Mary-Claire King of the University of Washington in Seattle, who in 1990 changed the landscape for families affected by breast and ovarian cancer when she identified the BRCA1 gene. For the first time, families with an unusually high incidence of breast and ovarian cancer were presented with a possible genetic explanation. When I heard that King would be speaking at the HudsonAlpha Institute for Biotechnology in Huntsville, Alabama, near my home, I requested an interview to discuss her current thinking on BRCA testing.

For many women diagnosed with breast cancer, often at a young age, or for close relatives of women diagnosed with the disease at an early age, deciding to test or not is complicated. When I was first diagnosed with breast cancer in 1993, I brought up a magazine article that mentioned BRCA with my surgeon. He quickly dismissed the possibility that I would be a carrier, perhaps because the research was new and testing was not yet available. Even the oncologist who later referred me for genetic testing didn’t think I would test positive. I fell into a category of women assumed not to be viable candidates for testing, despite having been diagnosed with two kinds of breast cancer in an 11-year period: triple-negative disease followed by an estrogen receptor-positive tumor.

Furthermore, my mother, who has no known siblings, was adopted in 1936, when little or no information was provided to families about the medical histories of adopted children’s biological parents. At 79, Mom has never been diagnosed with cancer, a fact my doctors cited when dismissing my likelihood of being a BRCA mutation carrier.

But King’s current position on testing led me to realize there was more to my genetic story. For too long, King argues, emphasis has been placed solely on our mothers’ medical histories in determining who should undergo BRCA testing, even though “50 percent of our genetic makeup comes from our fathers.” In many instances, King said in the interview with me, a mutation goes “undetected in the father’s family because he has no sisters, and while men can be diagnosed with breast cancer, it is very, very rare.”

As King spoke, I realized she was describing my father’s family. Dad was one of four brothers; they had no sisters. My uncles and my father have all had cancer: lung, colon, prostate and skin. Dad had prostate cancer. Perhaps I inherited a propensity for breast cancer from Dad’s side of the family, since breast, colon and prostate cancers are sometimes considered to occur in familial clusters, potentially signaling a common genetic link.

​King recommends routine BRCA1 and BRCA2 genetic testing for all women, regardless of medical history, to address what she perceives as over-reliance on maternal background. It’s a bold idea for a number of reasons, including the logistics and ​​expense of implementation.

Despite these challenges, King insists that “no woman with BRCA1 or BRCA2 should learn about the mutation after she’s already been diagnosed with cancer.” In her view, testing for all women would occur at about the age of 30, and those who tested positive would be referred to a high-risk breast clinic. There, a woman and her health care team would develop a plan appropriate for her, including discussing the option to remove her ovaries and fallopian tubes by age 40 and possibly to undergo elective prophylactic double mastectomy.

Several months after I spoke with King, I was tested and received the results. Of the 17 genes examined, just one variant was discovered: a mutation on the MUTYH gene categorized as having uncertain significance. Since the mutation is autosomal recessive and occurs on just one of my gene copies rather than both, a necessity for disease to occur, the lab did not report a significant increased risk.

Still, woven into the report were statements that cancer survivors like me pull out and mull over—like the association of one copy of the mutation with a “1.5 fold increased risk for breast cancer and small increased risk for colon cancer” and reports of “>100 adenomatous polyps” (a type of noncancerous polyp that can develop into colon cancer) in individuals testing positive for variants in the MUTYH gene on both gene copies. Had I not received a clean colonoscopy report just a few days before, I would have been running to the gastroenterologist for reassurance.

Although I’m grateful my daughters won’t inherit mutations in BRCA1, BRCA2 or some other worrisome genes examined in my multigene panel—at least not from me—I still feel ambivalent. Could my husband, whose mother and aunt both died of breast cancer, carry a mutation in one of these genes? Is King’s suggestion for routine genetic screening something I should encourage my daughters to consider? Will testing lighten their burden or simply lead to more questions?

“We shouldn’t fear knowledge,” King said when I spoke with her. “Women should be empowered by [this information].”

I had a hard time disagreeing with her. As a breast cancer survivor, a mother and an academic, I believe knowledge can be a path toward empowerment. It’s the gaps in knowledge that concern me.

Cynthia Ryan is a breast cancer survivor who lives in Birmingham, Alabama.