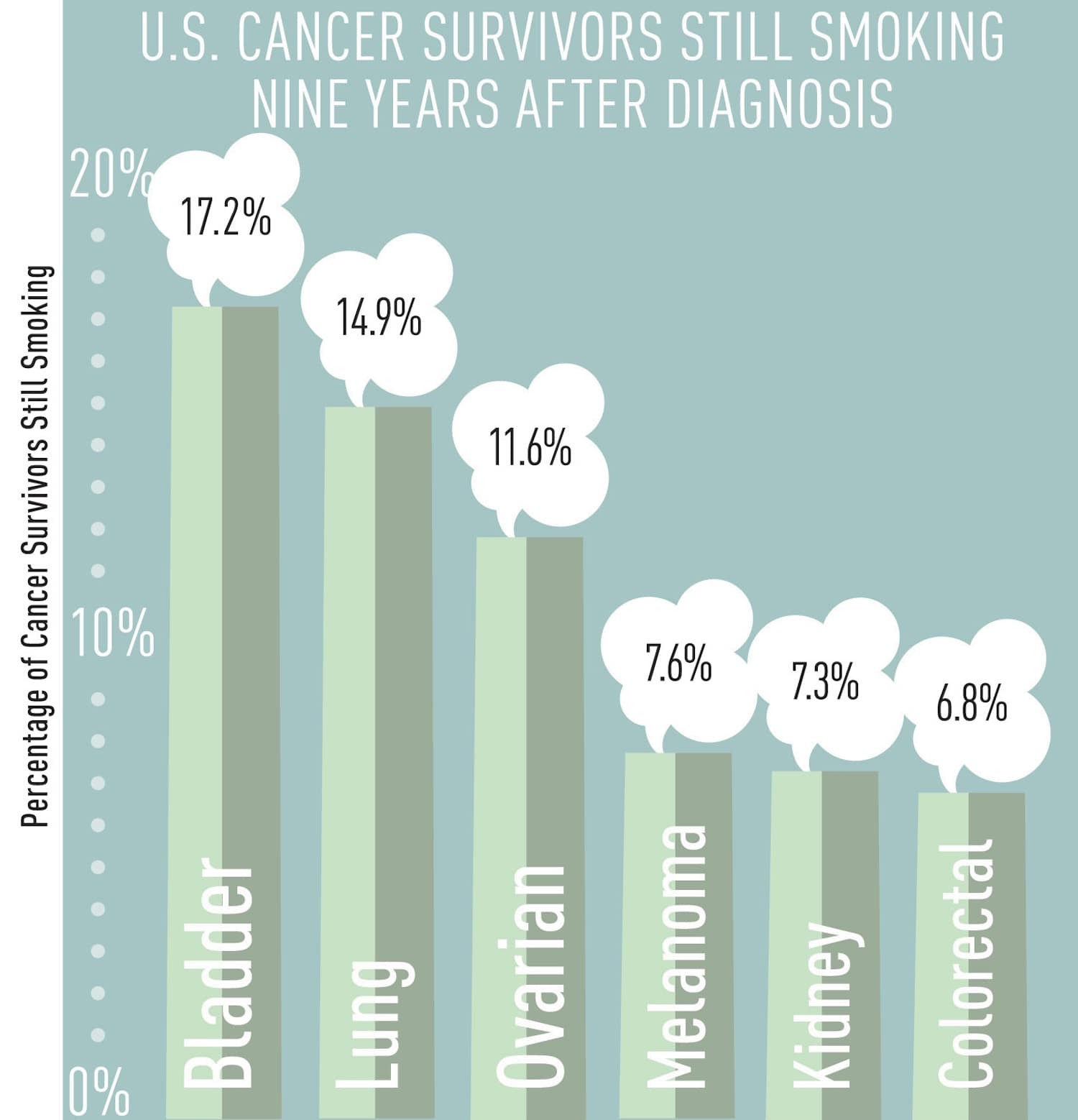 Patients were diagnosed between 2000 and 2003, and followed for approximately nine years.

A cancer diagnosis isn’t enough to convince some smokers to kick the habit. A survey of almost 3,000 survivors of the 10 most common types of cancer published in the September 2014 issue of Cancer Epidemiology, Biomarkers & Prevention found nearly one in 10 survivors were current smokers nine years after diagnosis, with 83 percent lighting up daily. The highest smoking rates were seen among bladder, lung and ovarian cancer survivors. (Smoking is the leading risk factor for lung and bladder cancer.) The lowest rates were seen in survivors of colorectal and kidney cancer and melanoma. The study also included survivors of breast, prostate and uterine cancer and non-Hodgkin lymphoma. Survivors who were younger, had less education and income, and drank more alcohol were also more likely to smoke.

Cigarette smoking can make cancer treatments less effective. Yet studies have found that doctors frequently don’t talk to cancer patients about smoking cessation. “We need to do more” for cancer patients who are smokers, says health psychology researcher Lee Westmaas, director of tobacco control research at the American Cancer Society, who led the study. “There are several tools that clinicians can offer, from telephone quit lines to medications to help smokers quit, and these can and should be tailored depending on the patient’s situation.”