Jocelyn Tan on what the studies show. 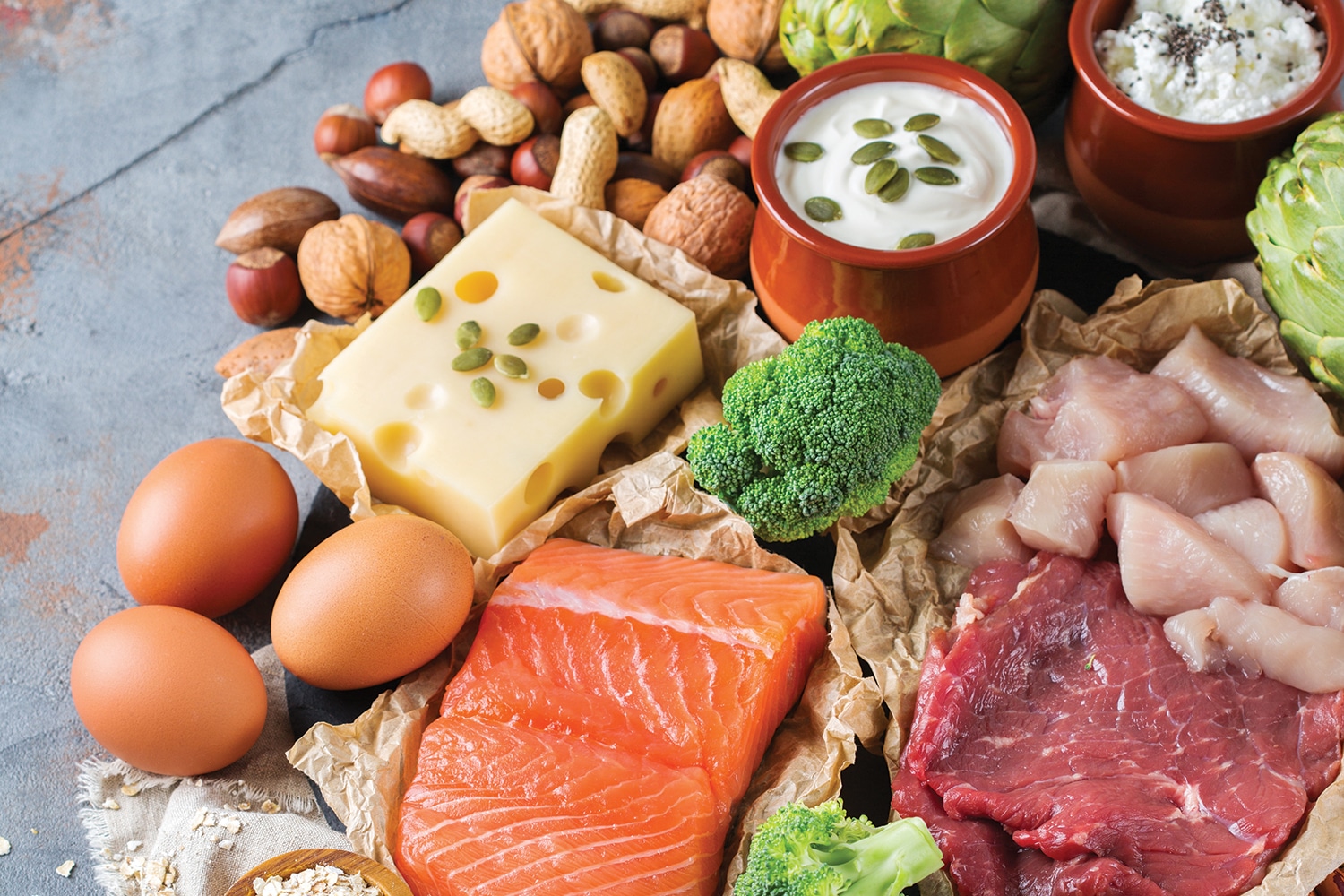 AFTER A CANCER DIAGNOSIS, it’s common for people to think about eating a healthier diet. Typically, cancer nutritionists recommend that patients eat a plant-based diet that emphasizes fruits, vegetables and whole grains and limits red meat. It might be surprising, then, to hear that researchers are enrolling cancer patients in studies that are looking at whether the ketogenic, or keto, diet—which is low in fruits and vegetables and high in fats—has a role in cancer treatment.

The goal of the ketogenic diet is to put the body into ketosis. In this state, the body doesn’t get enough glucose from carbohydrates, so it burns stored fat to create molecules called ketones that will provide the energy the body’s cells and tissues require. Cancer cells use more glucose than normal cells to maintain their growth. Since the ketogenic diet deprives the body of glucose, scientists have proposed that it might also keep cancer cells from getting the energy they need to grow. Currently, two small clinical trials are looking at the effect of the keto diet in patients receiving standard treatment for metastatic breast cancer and glioblastoma. A recent study found the diet inhibited the growth of cancer cells in mice with non-small cell lung cancer, which relies heavily on glucose for its growth.

Jocelyn Tan, an oncologist with Veterans Affairs Pittsburgh Healthcare System, has conducted research on how the keto diet affects cancer patients. Tan spoke with Cancer Today about what we know—and don’t know—about the keto diet and cancer.

Q: How did you become interested in the keto diet?
A: In 2013, I found two papers that looked at the effect of a low carbohydrate diet in cancer patients. Both were very small studies looking at if the diet was safe. So, I thought we could improve upon those small studies with a slightly larger study.

Q: Why would this type of diet slow cancer growth?
A: Cancers develop an independent metabolic state that is fueled by glucose and glutamine. Right now there is a lot of excitement centered on targeted therapies that block a molecule or pathway that is fueling a cancer’s growth. But there are cases when we target treatment to a signaling pathway, but the treatment doesn’t work. That’s because cancers have more than one signaling pathway. If you block one pathway, cancers can compensate and find nutrition somewhere else. Because the breakdown of glucose is closely tied to many tumor signaling pathways, limiting glucose itself [could potentially] help a targeted therapy work better.

Q: What happened in your study?
A: Seventeen cancer patients signed up for our 16-week study, but only 11 met the criteria. Many of them were overweight. Only four stayed on the diet for the full 16 weeks. Three of them stayed on it after the study ended. We showed that it was safe and tolerable. But to make any conclusions about ketones, glucose levels and tumor shrinkage, we would need to design a bigger, preferably randomized study comparing the keto diet to a standard diet.

Q: Why haven’t there been more keto studies?
A: Dietary trials are usually hard to fund. Also, patients are hard to recruit for these studies. Some other keto studies have closed due to poor recruitment. We were lucky that we got as many patients as we did.

Q: Is the diet safe?
A: It’s a known medical diet for children with epilepsy [that isn’t controlled by medication]. And these kids can be on it for years. But there are potential risks and dangers if someone is not doing it correctly, especially for diabetics. I’m part of a group of low carb-focused researchers, and we’ve discussed guidelines on how diabetics on this diet should adapt their medications.

Q: What would you say to a cancer patient thinking about going on this diet?
A: It’s a medical diet, and it should be treated like a drug and handled by professionals. It is still experimental. Talk to your oncologist and see if they are receptive to the idea of you starting it. If they are knowledgeable about the diet, that’s even better. If they are only receptive, you should seek advice from another cancer specialist who knows about the diet and add them to your medical team to help you implement it.