Epidemiologist John P. Pierce is in the business of trying to understand what motivates people to make healthy choices. His research in the 1990s documented the alluring power of the Joe Camel campaigns to entice children to smoke and the role of California public health campaigns in lowering smoking rates. In addition, Pierce’s analysis, published in 1992 in the Journal of the American Medical Association, showed that workers whose employers didn’t have smoking policies were eight times more likely to be exposed to secondhand smoke than workers whose employers did have such policies. These findings helped to lay the groundwork for the first state law in the U.S. that established smoke-free workplaces in California in 1994. 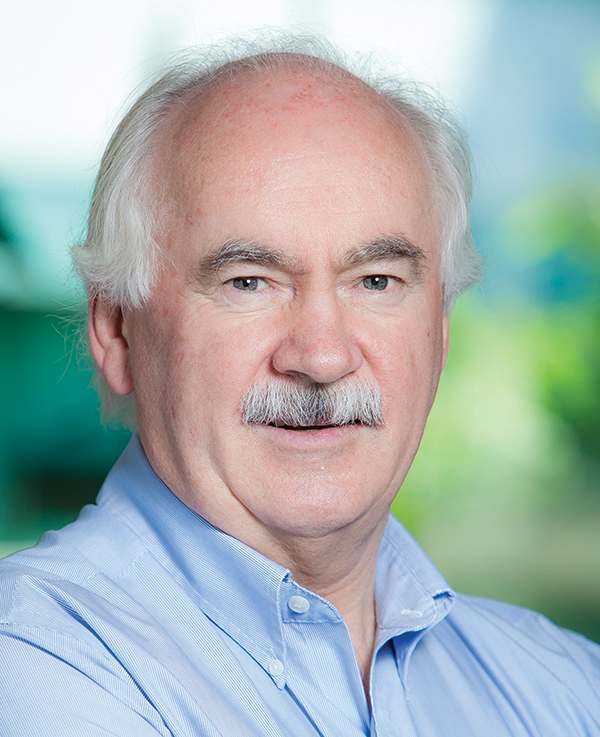 “There’s no such thing as a public health message that works like magic,” says Pierce, who is the director of population sciences at the University of California, San Diego Moores Cancer Center. “People always talk about the teachable moment. A teachable moment is when people are at a point of seeking information to change. What we have to do is figure out when that point is.”

CT: What makes for a successful public health campaign?
PIERCE: A campaign needs to be comprehensive to succeed in building motivation for the desired behavior. Behavior is environmentally driven, so creating changes in the environment is key. Public health campaigns also need to use mass media to encourage or discourage the behavior, and restrict the promotion of unhealthy behaviors that target vulnerable populations.

CT: What are some examples of public health campaigns that help to prevent cancer?
PIERCE: California successfully implemented ordinances that restricted where people could smoke and used television advertising to convince people of the health consequences of smoking. New York cut smoking rates with a similar comprehensive campaign and also dramatically increased the price of cigarettes. The narrative went from “people have a right to smoke” to “people have a right to be protected from the tobacco smoke of others.” The main driver of the decrease in smoking in both states has been a change in social norms, which has driven not only workplace policies but also voluntary smoking “bans” in homes.

CT: What has been the biggest impediment to making more progress?
PIERCE: The biggest hurdle has been the inability to get people to quit smoking cigarettes. Great strides have been made, particularly with teens, but smoking cessation has not improved in middle-aged people over the past 20 years. And now there is early evidence that the marketing campaigns for e-cigarettes may be renormalizing smoking among teens. E-cigarette marketing, which is largely aimed at teens and young adults, is all about maintaining addiction to nicotine.

CT: What are the challenges in mounting a successful campaign to reduce obesity?
PIERCE: There are a lot of unknowns about the role of obesity in cancer and whether it causes cancer or is an associated factor. In addition, some studies suggest that the “fit and fat” may be at significantly lower risk of cancer than the “sedentary and obese.” The latter are much more likely to have comorbidities and to be in poor physical health. It has been so difficult to help people lose weight and keep it off. Maybe it would be better to focus on a message that says, “If you can’t lose weight, then at least get fit.” There is already a high stigma associated with obesity, and it is not clear whether a campaign that increases the pressure on people to lose weight will do more harm than good for at least some obese people.

CT: So, where do we start?
PIERCE: Most people who are obese would like to lose weight. Indeed, just like smokers who repeatedly try to stop, many are inveterate triers of different diets. The smoking campaigns have not been very successful at getting people to quit; the real success has been convincing young people not to become smokers. The focus for obesity needs to be in the same area, preventing young people from becoming obese in the first place. Perhaps we need early intervention programs in schools when teachers first observe major weight gain.

CT: How important are good nutrition and ample exercise for cancer prevention?
PIERCE: One review published in the April 2012 Annual Review of Public Health suggests that nutrition and exercise account for less than 10 percent of the cancer burden, but these behaviors are important to prevent other diseases. In recent years, there have been significant advances in treatment for a number of cancers. Many survivors may outlive their cancer and fall to other diseases such as diabetes and cardiovascular disease. Healthy living includes regular amounts of physical activity and a plant-based diet. These two behaviors affect a number of diseases and should be recommended to everyone. So it is not nutrition for cancer prevention, rather it is good nutrition and exercise for a healthy life.