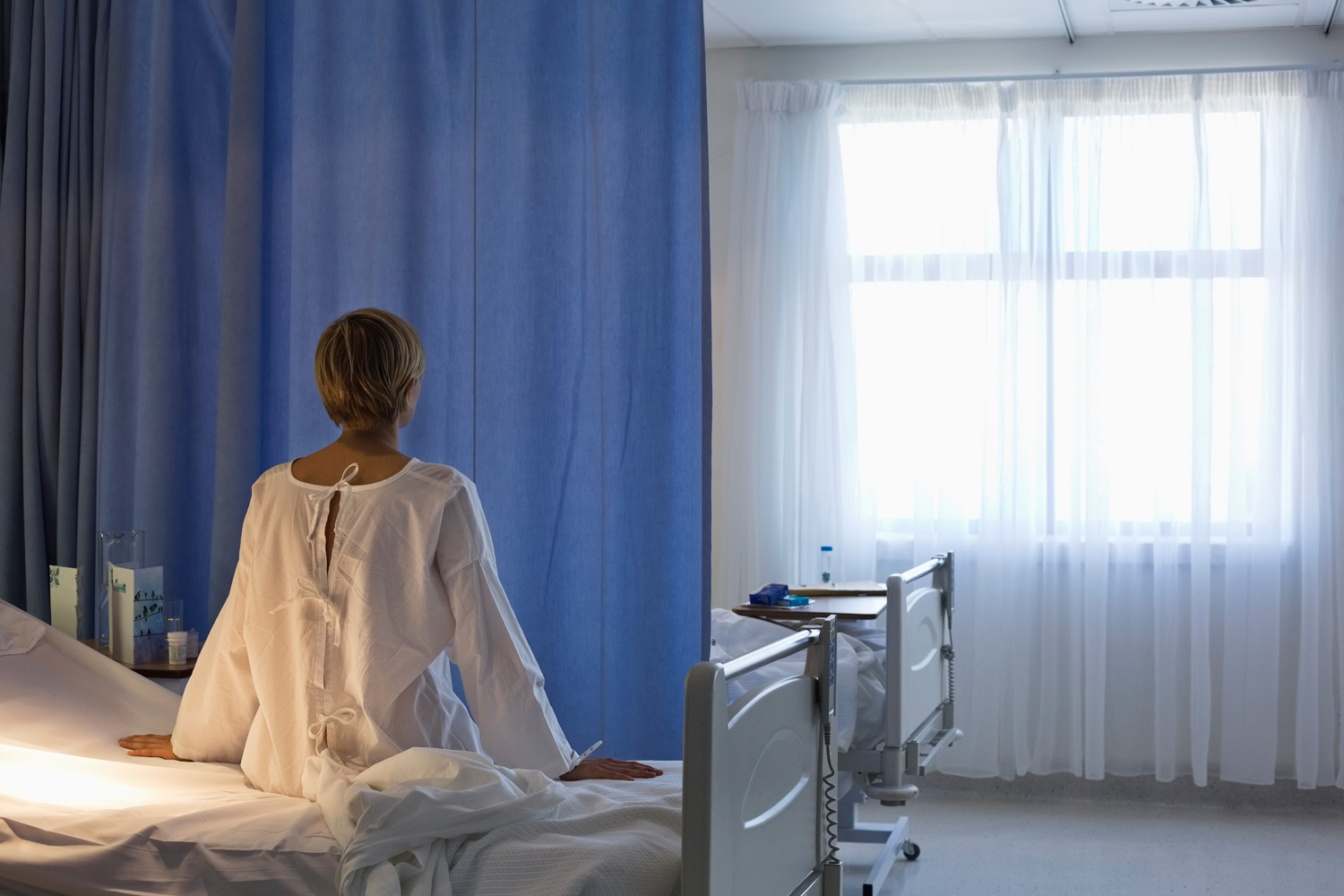 WHEN STEPHANIE RIVERA’S DOCTOR DISCOVERED THYROID NODULES during a routine exam in 2019, she began getting yearly thyroid ultrasound monitoring. She was told that 95% of the time these nodules are benign, but that she should watch for symptoms. “My doctor said if anything changes—if my voice changes or if I have trouble swallowing—I should come in sooner than my annual check-up,” says Rivera, 54, CEO of the Lazarex Cancer Foundation, which focuses on breaking barriers to health care for marginalized communities.

In April 2022, when Rivera began to experience unusual hoarseness five months before her scheduled annual thyroid ultrasound, she called her doctor as directed. But instead of getting an expedited appointment, “I was told, ‘Everything is fine. Just come back in August when you’re supposed to,’” Rivera says. When her hoarseness continued, Rivera called her doctor’s office again, and the medical staff relayed the same message: “Just come back in August.”

After that August check-up, however, Rivera was diagnosed with thyroid cancer that had spread to her lymph nodes. Rivera felt validated but remorseful. “Statistically, I wasn’t supposed to have thyroid cancer that has metastasized, but I knew my body. I should have called a third time and said, ‘This hoarseness is different. I need to come in now just to make sure everything is OK,’” she says.

Rivera is far from alone in having her cancer symptoms dismissed. According to a recent American Cancer Society Cancer Action Network (ACS CAN) survey involving 1,236 patients with cancer and survivors who have been diagnosed or treated within the past seven years, women were twice as likely as men (6% vs. 3%) to have reported symptoms five or more times before getting a diagnosis. For patients diagnosed after experiencing symptoms (as opposed to those diagnosed after screening), women were less likely than men to report that their symptoms were taken very seriously (31% vs. 21%) or taken seriously “at all” (8% vs. 1%).

“These small survey numbers echo a bigger trend women may be experiencing throughout their cancer journey: that physicians are not listening to them,” says Sarah Long, ACS CAN project manager for survey administration and analysis. “The fact that women, in particular, were going to physicians repeatedly and saying repeatedly, ‘I have these symptoms,’ and those symptoms were not taken seriously is an issue.”

Having initial cancer symptoms dismissed may especially be a problem for younger, healthy-looking women who don’t fit the profile of what doctors believe to be a typical cancer patient, Long says. According to ACS CAN survey respondents, physicians are apt to chalk up younger patients’ symptoms, such as feeling tired, to having a stressful job or a too-busy life, when, in fact, after pushing for follow-up appointments and additional testing, many of these women are eventually diagnosed with cancer.

“Women are having to say, ‘No, this isn’t normal for me’ over and over again,” says Kirsten Sloan, managing director of public policy at ACS CAN. “What we’re concerned about are those women who don’t say it over again, who just accept what their doctor says, rather than pushing for more testing. If it is cancer, they later find out it could have been diagnosed and treated sooner, with potentially a more favorable prognosis.”

Who is to blame? “It’s not the fault of the doctor. It’s the high-pressure system doctors find themselves in. The models of care are not as patient centered as they need to be,” Sloan says. “If you’ve only got a 15-minute visit, you don’t have much time to figure out which symptoms don’t make sense for the patient’s life.”

If You Feel Something, Say Something Again and Again

Still, there is no time to wait for the system to change, if it ever does. “As health care consumers, we need to educate ourselves about the symptoms to look for, make sure we’re doing our routine screenings so things are caught early, and be really good advocates for ourselves,” says Sloan. “We also need to find a doctor who listens in the way we need to be listened to.”

Rivera, who has worked directly with doctors on various levels at major health care networks for more than 30 years, has learned a lot about herself from her experience being diagnosed with thyroid cancer. “If this can happen to me, it can happen to anyone,” she says. “I trusted my doctor. And, apparently, I trusted him very much. What I didn’t trust was myself enough to say: ‘I know my body, and something is different. I need to be seen now for peace of mind.’”

Rivera says pushing back is not in her comfort zone. Insisting on being heard by your doctor or your clinical care team can feel like talking back to the teacher or your boss. Still, when something doesn’t feel right, your life can depend on it. “The lesson I learned is that my voice about my body is a top priority,” Rivera says.

Sandra Gordon is a medical writer in Stamford, Connecticut.

The new AKT inhibitor doubled progression-free survival when added to treatment with Faslodex.