A study investigates whether a commonly used clinical trial endpoint, progression-free survival, can be used to predict quality of life. 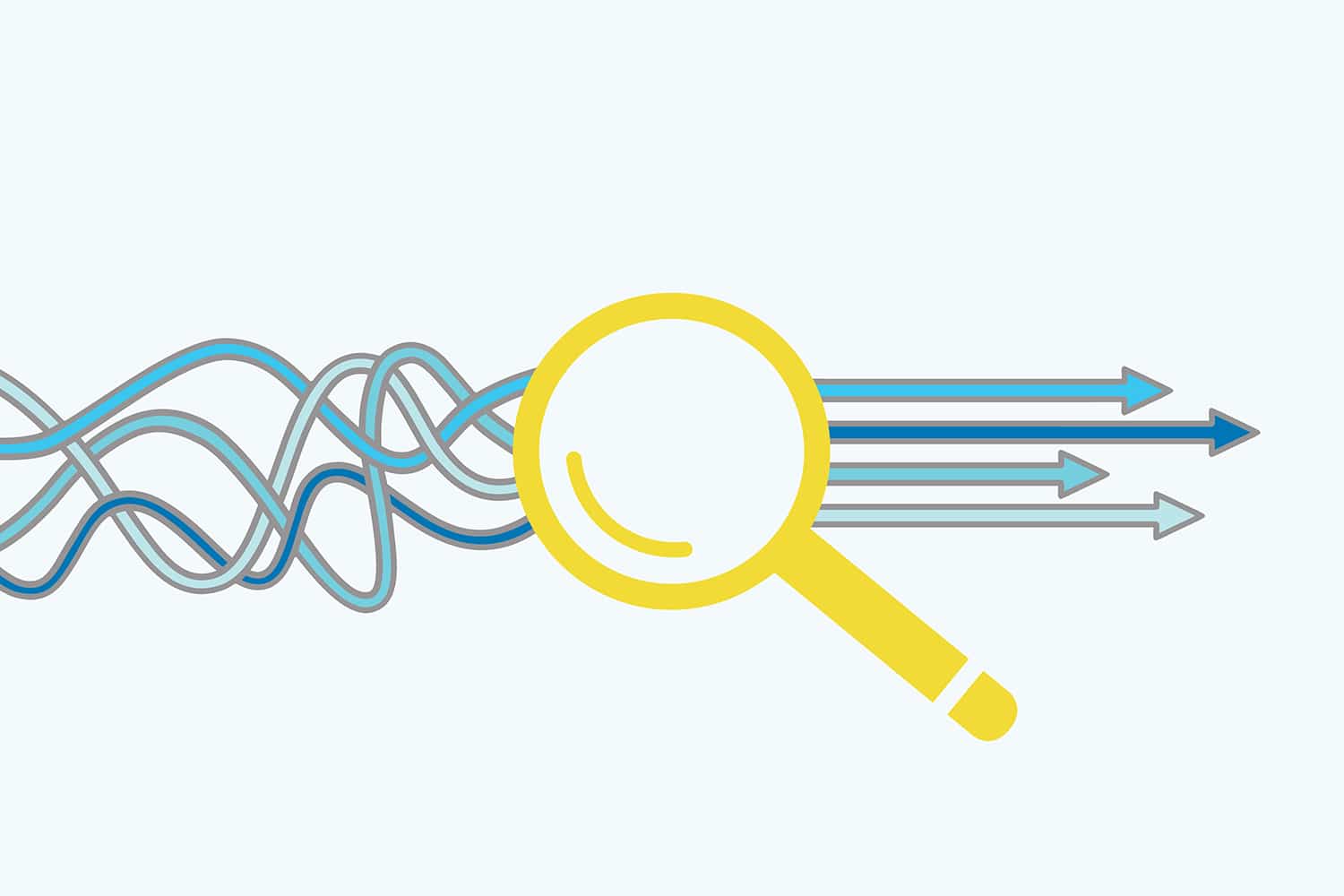 To be considered a successful treatment, a cancer drug must achieve one of two goals: extending life or improving quality of life for patients.

These goals may seem straightforward, but clinical trials come with a wide array of endpoints, defined as the outcomes being measured by the trial. Cancer patients researching treatments may encounter phrases such as overall survival, progression-free survival, recurrence-free survival, disease-free-survival, health-related quality of life and response rate.

A study published in the December 2018 issue of JAMA Internal Medicine​ discusses whether one of these endpoints, progression-free survival (PFS), really predicts improvements in quality of life, as some researchers have hypothesized. PFS is the length of time after starting a treatment that a patient lives without experiencing tumor growth.

“PFS was initially an indicator of activity [of a treatment] on the cancer, on tumors,” says study co-author Bruno Kovic, a health research methodology researcher at McMaster University in Hamilton, Ontario. But more recently, “PFS has been taking over. It’s the basis of a lot of approvals now by regulatory agencies on oncology drugs,” Kovic says. At least a dozen U.S. Food and Drug Administration (FDA) oncology drug approvals between 2005 and 2010 have been based on extended PFS.

A justification for these approvals is the idea that extended PFS predicts improved overall survival (OS)—the length of time a patient lives after starting a treatment. But some studies have called into question whether longer PFS really predicts longer survival, Kovic says.

Kovic and his colleagues wondered: Is PFS at least correlated with better quality of life? The working assumption, Kovic says, has been that there is a correlation between the two.

The researchers conducted a literature review, searching for trials that included information on both PFS and another measure called health-related quality of life. It’s a measure of patients’ subjective feelings about their health, according to Kovic, including physical, social and psychological functioning. After reviewing 38 randomized clinical trials, they found no significant association between PFS and health-related quality of life.

Kovic suggests that going forward, clinical trials should measure health-related quality of life and not rely on PFS as a surrogate measure.

“I am not saying toss it out completely,” Kovic says of PFS, “but given the evidence, there should not be an overall assumption that, oh, you have a PFS benefit, you do have a quality of life benefit automatically.”

But what PFS means to patients can be more complicated, according to some patient advocates. Ovarian cancer survivor and research advocate Annie Ellis from White Plains, New York, points out that many patients are not familiar with terms like PFS or OS. “These really need to be explained to patients,” she says. “When you’re deciding among your treatment options and you are deciding whether or not to join a clinical trial, the data is coming through these endpoints. They are the filter through which we need to make our decisions.”

Ellis notes that many people don’t understand that PFS includes both time spent in remission and time spent when the disease is stable. “Stable disease, to patients, has value,” she says.

“I can tell you there is a huge difference between going for a scan and hearing, ‘you’re stable,’ compared to hearing, ‘that didn’t work, you’re still progressing,’” says Janet Freeman-Daily, who was diagnosed with stage III lung cancer in 2011 and stage IV lung cancer in 2012. “PFS is huge.”

Freeman-Daily, who learned in 2012 that her cancer has a mutation in the ROS1 gene, has been part of a clinical trial using the targeted therapy Xalkori (crizotinib) for six years. She has no evidence of disease.

Freeman-Daily also points out that health-related quality of life, as measured in the studies, may not capture what individual patients value. The surveys could yield data on problems that are relatively unimportant to patients. They also may not take into account that some problems that could affect quality of life are caused by prior treatments or conditions. “In my case, I have a broken rib from radiation that I got long before I ever got on this treatment, and it kicks me sometimes and it hurts,” Freeman-Daily says. “It has nothing to do with the pill that I am on and you can’t distinguish that.” Freeman-Daily says that, based on the study, she isn’t ready to conclude that PFS does not correlate with quality of life.

From a regulatory point of view, PFS is still an important measurement in evaluating the safety and efficacy of cancer drugs, says Paul Kluetz, associate director of Patient Outcomes in the Oncology Center of Excellence at the FDA. However, he agrees that there are difficulties in correlating PFS and quality of life. “There has been little standardization in how health-related quality of life has been assessed in trials, including the tools, the assessment frequency and how the data is analyzed and reported,” he says. “This makes aggregation of these outcomes from differing trials very problematic.”

But this could be changing, Kluetz notes, with the increasing availability of technology that more easily records patient experiences, called electronic patient-reported outcomes (ePROs). These tools “vigorously assess more specific components of quality of life like symptoms and function,” he says. “There is an opportunity for both ePRO and wearable devices to improve our measurement of physical function.”

Kovic acknowledges the limitations of existing quality-of-life data and notes his study’s findings are not definitive. But that’s why he believes it’s important that measuring quality of life becomes a priority going forward.

“We need to incorporate the measurement and implementation of health-related quality of life in these trials, in validating the efficacy of these treatments, of these drugs,” he says. “This is a really important outcome and needs to be designed into the trials because it’s really important [to patients].”​