A new type of clinical trial aims to identify which drug is the best fit for each patient’s tumor. Can this innovative model expedite new drug approvals? 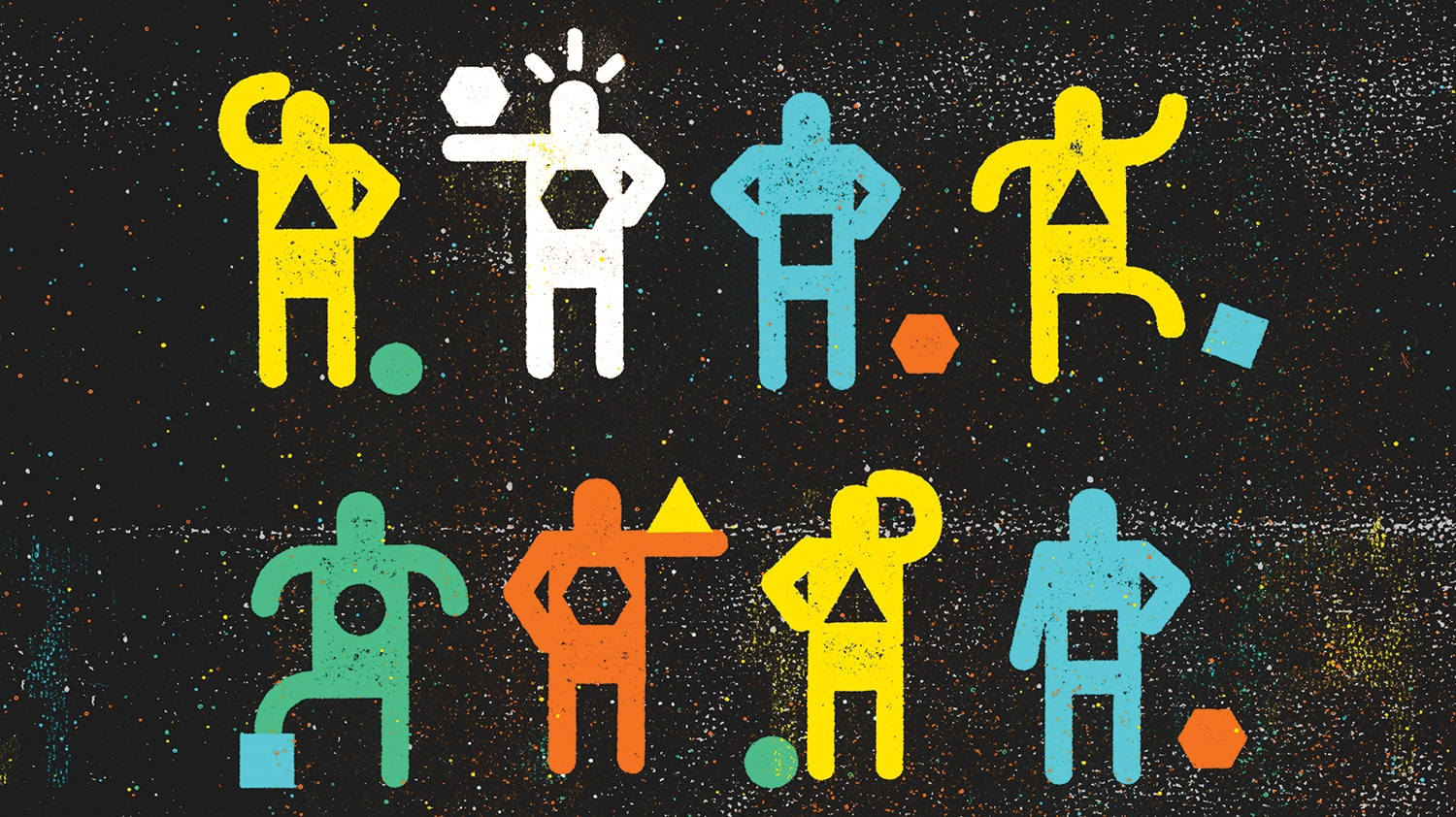 WHEN LARISA KURE was di​agnosed with breast cancer in July 2011, she assumed her treatment would begin with surgery. But when she met with her doctor at the University of California, San Francisco (UCSF) Carol Franc Buck Breast Care Center, she was told that she had another option: taking part in a clinical trial in which she would have chemotherapy before her tumor was surgically removed.

Intrigued, Kure asked for more information. She soon learned that UCSF had recently launched a clinical trial known as I-SPY 2, and her tumor’s stage and size made her eligible to participate. Giving therapy before surgery—called neoadjuvant treatment—would allow the researchers to investigate whether the chemotherapy drugs made her tumor smaller, and if so, how quickly. But there was more: By studying Kure’s tumor tissue, the researchers hoped to identify genetic or biological markers (known as biomarkers) that could be used to predict the drugs to which a tumor like hers would respond.

BreastCancerTrials.org
Complete a health history form, and this website’s matching tool can identify the breast cancer trials that may be right for you.

Center for Information and Study on Clinical Research Participation
Get information about clinical trials and how to find them.

CureSearch for Children’s Cancer
Learn about the Children’s Oncology Group, the Childhood Cancer Research Network and ways to id​entify a trial that might be right for your child.​

Like other cancer clinical trials, I-SPY 2 was launched to identify effective new treatments. (Its title is short for “Investigation of Serial Studies to Predict Your Therapeutic Response With Imaging and Molecular Analysis 2.”) But I-SPY 2 and its predecessor, I-SPY 1—along with a series of lung cancer trials called BATTLE (Biomarker-Integrated Approaches of Targeted Therapy for Lung Cancer Elimination)—were also created to challenge the current system for testing new treatments, which is notoriously slow. What sets them apart from other studies is that their primary goals aren’t to get specific new drugs approved. Instead, their missions are broad: to establish new models for clinical trials that help researchers quickly identify both the therapies that are most effective and the tumor biomarkers that indicate which patients will respond best to those therapies.

Kure liked what she heard. And it didn’t take her long to agree to take part. “It’s terrible to have to go through this,” she says. Knowing this trial will  “at least allow us to get some knowledge that might help others down the road,” Kure says, “makes it feel a little better.”​

A New Approach to Clinical Trials

For the past five decades, researchers have tested the safety and effectiveness of new cancer drugs by promoting them step-by-step from the lab, to small phase I studies, to slightly larger phase II studies. Promising results in phase II clinical trials would encourage pharmaceutical companies to lay out the big money for large phase III trials, which are designed to show whether the new treatment is better than the current standard of care.

The process is time-consuming and expensive: It takes an estimated 10 to 15 years and costs more than $1 billion to develop a new drug and bring it to market. And the success rate is incredibly low. Only about 6.7 percent of cancer drugs in phase I clinical trials achieve approval by the U.S. Food and Drug Administration (FDA), according to the Biotechnology Industry Organization. (Drugs in phase I testing for other diseases are somewhat more likely to gain FDA approval; their success rate is around 12 percent.) What’s more, explains I-SPY principal investigator Laura Esserman, a surgical oncologist and the director of UCSF’s Breast Care Center, success has all-too-often been defined by statistically significant, but small, improvements that frequently didn’t translate into large gains in actual patient outcomes.

The I-SPY and BATTLE trials were designed to enhance the value of phase II trials by using them to get information that can result in phase III trials that will test drugs in the patients most likely to benefit from them—making the process faster and more efficient. And both trials shifted the focus of drug testing toward two promising areas: the evaluation of therapies that home in on specific genetic errors that make a tumor tick, and the identification of biomarkers that indicate which tumors will respond best to each drug.

“If you understand that breast cancer is a heterogeneous disease,” says Esserman, “then you can’t use the same drug on everyone. It doesn’t work.” Instead, “you need to start at the beginning with biomarkers and you need to have an efficient mechanism to test multiple agents at once and to see which drugs work” in which tumors.

As a test run, in 2002, Esserman initiated I-SPY 1, which showed that a breast tumor’s response to neoadjuvant chemotherapy was a very good predictor of long-term, disease-free survival; the study also showed that the change in tumor size, as measured on MRI, was a good predictor of a patient’s treatment response. These findings validated the I-SPY framework, and made possible the March 2010 launch of I-SPY 2, which is testing multiple drugs and multiple biomarkers at 20 locations around the country.

In late 2006, BATTLE 1 began enrolling patients with metastatic non–small cell lung cancer whose disease had progressed during other treatments. To enter the trial, every participant had to have a new tumor biopsy, which allowed the researchers to determine the tumor’s current molecular signature—and to assign patients to the treatments that had been hypothesized to be most effective in tumors with specific biomarkers.

“We didn’t want to test drug A versus drug B, or A plus B versus C or D,” explains BATTLE founder Edward S. Kim, a medical oncologist at the University of Texas M. D. Anderson Cancer Center in Houston. “BATTLE was never meant to be a drug approval trial,” he says. “It was designed to change the way we approach research.”

And it did. The BATTLE 1 trial looked at four different therapies and evaluated 11 biomarkers. The findings, which were published in Cancer Discovery in June 2011, showed that lung cancer patients with a mutant KRAS gene appeared to do best when taking the drug Nexavar (sorafenib)—and that lung cancer patients were willing to enroll in a trial that required a new tumor biopsy. Those results set the stage for BATTLE 2, a phase II trial initiated in June 2011 that is testing two new investigational therapies in patients who have already received other treatments, and BATTLE 3, also known as BATTLE-FL (for “first line”), which is enrolling newly diagnosed patients.

Both pharmaceutical companies and the FDA are getting behind these trials. BATTLE was initially funded by a Department of Defense grant and now has pharmaceutical company backing. Meanwhile, I-SPY has the support of the Biomarkers Consortium, a partnership established in 2006 by the Foundation for the National Institutes of Health that includes the FDA, the National Institutes of Health and major pharmaceutical companies. This partnership helped Esserman gain FDA approval to change drugs or evaluate new biomarkers in the I-SPY 2 study without stopping the study, writing a new protocol and waiting for approval.

The information that can be gleaned from studies like I-SPY and BATTLE has the potential to make phase III trials faster and less expensive. That’s because if a phase II trial can identify biomarkers that predict which patients will see a large benefit, “then you can have a more targeted phase III study,” says Kim.​

New approaches allow researchers to see early in a trial how patients with certain molecular signatures in their tumors are responding.

The BATTLE and I-SPY clinical trials use a relatively new strategy called “outcome adaptive randomized design.” This approach employs a complex statistical process that allows researchers to see early in a trial how patients with certain molecular signatures in their tumors are responding to various investigational therapies. The researchers can then use that data to assign new study participants to the treatments that appear likely to be most effective for their types of tumors.

This shared feature of the two trials is due to the influence of Donald Berry, a biostatistician at ​M. D.​ Anderson Cancer Center, who is a co-principal investigator for I-SPY 2, as well as a colleague of BATTLE founder Edward S. Kim.

Berry uses an analogy of driving a car in traffic to illustrate the difference between a traditional clinical trial and one that uses adaptive design. In a traditional trial, in which, say, half the participants are randomly assigned to one drug and half to another, the travel route is predetermined. In contrast, in a trial that uses an adaptive design, he says, “It’s like driving and seeing traffic and avoiding the traffic by taking a different route.”

Whether phase II trials like I-SPY and BATTLE will be replicated for other types of cancer remains to be seen. But there is little doubt that we will see more trials that study biomarkers and new drugs simultaneously. This is part of the reason pharmaceutical companies have jumped in to provide financial support for the two new BATTLE trials. It’s also why the FDA is looking at how and when results from I-SPY 2 might be used to grant a drug accelerated approval.

In the end, though, it all comes back to the patients—who keep hearing about targeted therapies and personalized cancer care and wonder what that means for them. “At the end of the day,” says Esserman, “I put myself in the shoes of the people I’m taking care of. And we need to be able to tell them as quickly and efficiently as possible which new drugs are effective and which patients should take them.”

Adds Kure, the California breast cancer patient: “Past trials have gotten us to this point. Hopefully, the information they gain from me in this trial will make it easier for someone else who has to go through this tomorrow.”

Sue Rochman, a medical journalist based in San Francisco, was formerly a contributing editor of Cancer Today.

When Cancer’s Spread Is Limited

People with cancer that has spread to only a few locations—called oligometastatic cancer—may benefit from aggressive local treatment.