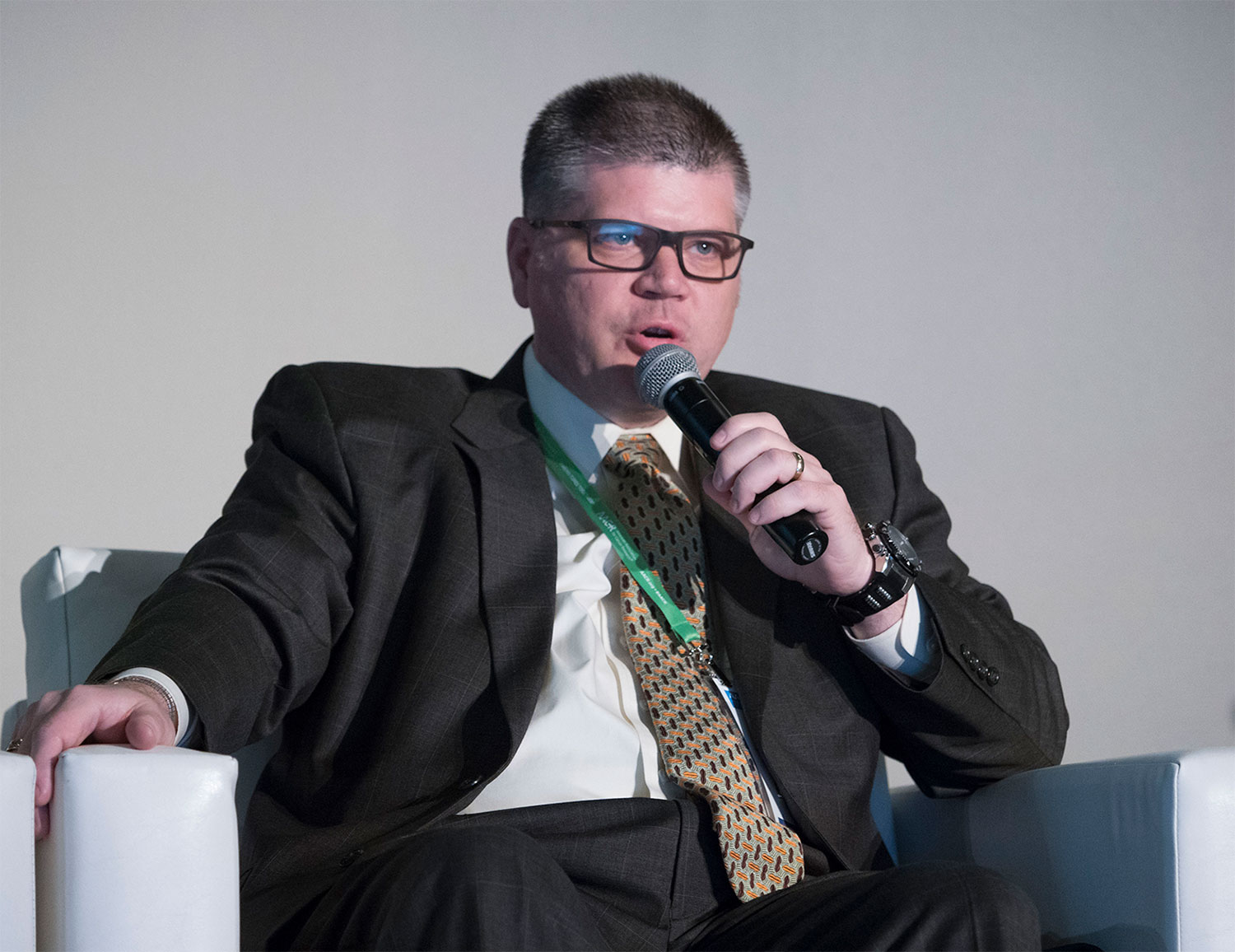 Greg Aune, a cancer survivor and physician-scientist, describes the effects of his treatment in a panel discussion about the landscape of survivorship held April 15 at the American Association for Cancer Research Annual Meeting. Photo by © AACR/Phil McCarten 2018

AMID RESEARCH SYMPOSIA dedicated to precise and exacting approaches to cancer—such as targeted therapies, checkpoint inhibitors and genomic testing—the American Association for Cancer Research brought together seven experts to characterize a complex topic in its own right: cancer survivorship.

Panelists, some of whom had been diagnosed with cancer, discussed the unique challenges facing cancer survivors—a population estimated to grow from 15​​​.5 million to up to 20 million by 2026.

“If you start looking at the number of survivors who are in their 80s and 90s, [the rise in this population is] something that we’ve never seen before,” said Anna C. Barker, who opened the April 15 panel discussion at the American Association for Cancer Research Annual Meeting with a definition of survivors, noting the term included those who are diagnosed with cancer, being treated for it or living beyond those treatments.

Barker, director of the National Biomarker Development Alliance, director of Transformative Healthcare Knowledge Networks, co-director of Complex Adaptive Systems and professor in the School of Life Sciences at Arizona State University in Tempe, provided an overview of the ways in which cancer survivors continue to deal with cancer’s effects, including physical impairments, comorbidities, depression, anxiety and fears of cancer coming back.

Gregory Aune, a panelist who was diagnosed with Hodgkin lymphoma at age 16, says his experience as a cancer survivor helped direct him on his current path as a physician-scientist. Aune is a pediatric hematologist-oncologist and scientist who studies the long-term effects of cancer on children at Greehey Children’s Cancer Research Institute at UT Health San Antonio in Texas.

“I was presented with the diagnosis and told if you just get through the next nine months to a year of​ treatment, everything is going to return to normal, and what I think I learned over my 27 years of being a survivor is that is definitely not the case,” he said.

Aune ran down the list of numerous late effects from his treatment: hypothyroidism, scarring of the lungs and two bouts of life-threatening pneumonia that landed him in the intensive care unit. He suffered infertility, but he has two sets of twins thanks to banking his sperm prior to receiving cancer treatment and subsequent in vitro fertilization.

At the start of his hematology-oncology fellowship, Aune was short of breath and couldn’t walk more than 25 yards. It turned out he had critical aortic stenosis and learned that three arteries in his heart were greater than 95 percent blocked—a result of his chemotherapy and radiation treatment. A week later, Aune underwent open heart surgery. He has been diagnosed with diabetes, had two skin cancers removed from his neck, and has had a transient ischemic attack, a type of stroke.

“I feel very fortunate and blessed to be here. I don’t want my patients to have my outcome. I would also stress that my outcome is not unique,” said Aune, who urged more research to study these effects.

“There are so many cancer treatments that are extending patient’s lives, but the collateral damage is substantial and those people are still getting lost in transition,” said Shelley Fuld Nasso, CEO of the National Coalition for Cancer Survivorship in Washington, D.C. Fuld Nasso said there has been much progress in survivorship care, but many gaps persist, particularly in understanding how to deliver supportive models of care to meet the unique needs of survivors.

The ideal paradigm to provide this support is to think about the long-term issues on day one of diagnosis, panelists stated. “Otherwise, people are not going to be able to make that transition, and ideally, that planning starts right from the outset, right at diagnosis, [by] thinking [about] what life is going to be like when treatment is over and building that into care,” said Julia H. Rowland, a panelist who recently retired as the strategic director of the National Cancer Institute’s Office of Cancer Survivorship. Rowland is now a senior strategic adviser in the Smith Center for Healing and the Arts, a nonprofit in Washington, D.C.​ 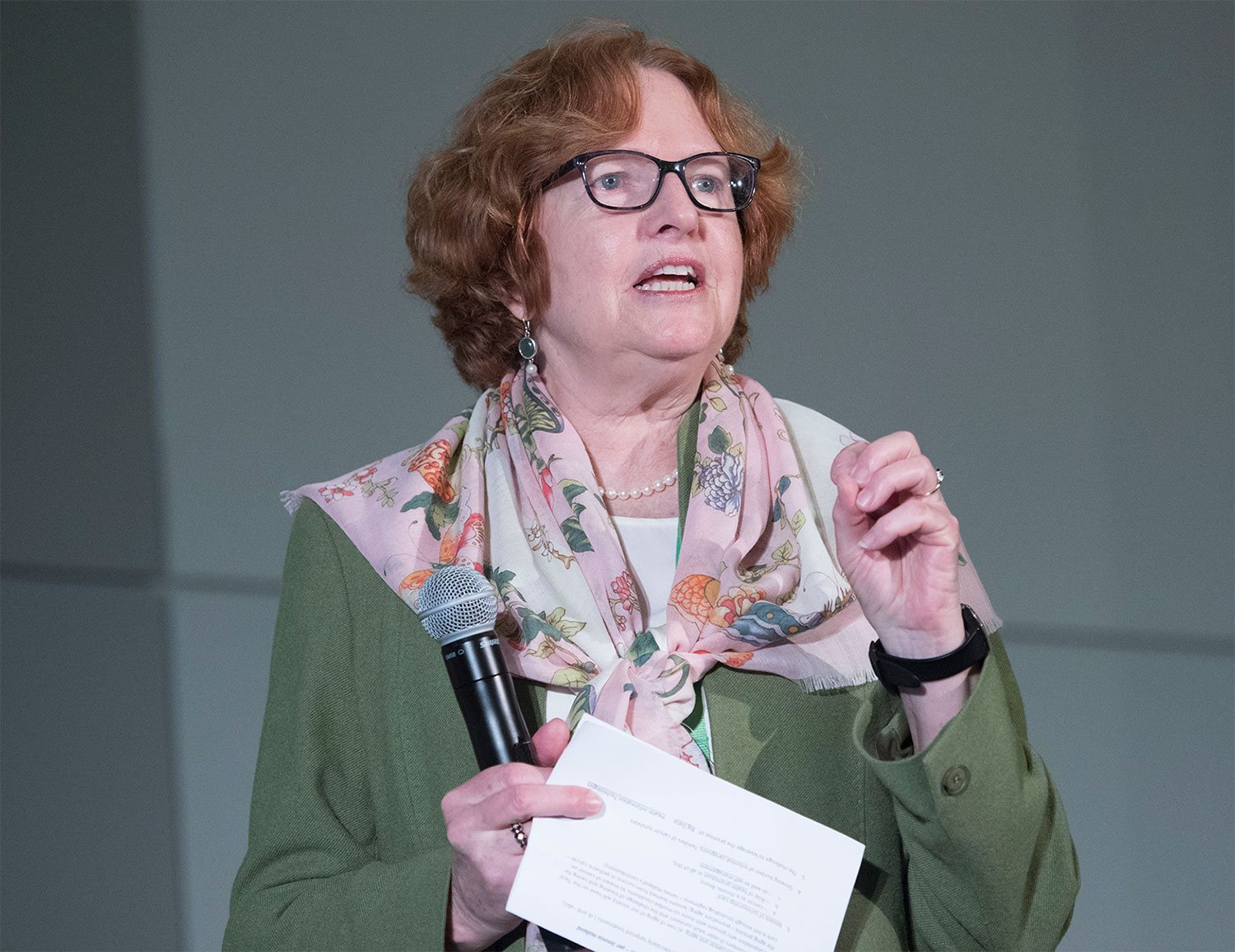 Julia H. Rowland, who recently retired as the strategic director of the National Cancer Institute’s Office of Cancer Survivorship, talks about the impact of a cancer diagnosis on survivors and family members​. Photo by © AACR/Phil McCarten 2018​

One strategy is to address potential limitations before treatment. Prehabilitation, uses rehabilitation services to help make patients stronger before receiving treatment. “It’s about anticipating what problems this specific population will have,” says Julie K. Silver, a physiatrist and medical director of Spaulding-Framingham Rehabilitation Center in Massachusetts. As an example, she noted that many patients with head and neck cancer undergoing treatment have a loss of cervical motion. This inability to turn the neck can interfere with a person’s ability to drive—and potentially to work. “Here’s the important part. That’s preventable suffering,” she said, noting physical therapy can help patients return to their lives.

Survivorship challenges are unique to each individual, Rowland stated, but the ripples can also be felt by the family and friends. “We have to listen to survivors. I don’t know who said this out of the advocacy community, but it’s said, ‘Nothing about us without us,’ and it’s so true. Those of us who are scientists in the field know that it’s listening to survivors that directs our science. It tells us what we need to be doing differently, where people are having difficulties and struggles.”

“Survivorship really does start at diagnosis and everything you put in your body affects it,” added Patty Spears, a breast cancer survivor who is a scientific research manager in patient advocacy at UNC Lineberger Comprehensive Cancer Center in Chapel Hill, North Carolina. Spears emphasized the importance of studying patient-reported outcomes, including potential late effects, in clinical trials. This also means informing the patient about what to expect in treatment and after. “Someone once asked me, ‘If it’s a side effect that is very rare but might be life altering, do I need to know about that?’ And I said, ‘Yes, I think you do.’ There are a lot of side effects that, if you know about them, you can do some things to help your health going forward,” Spears says. 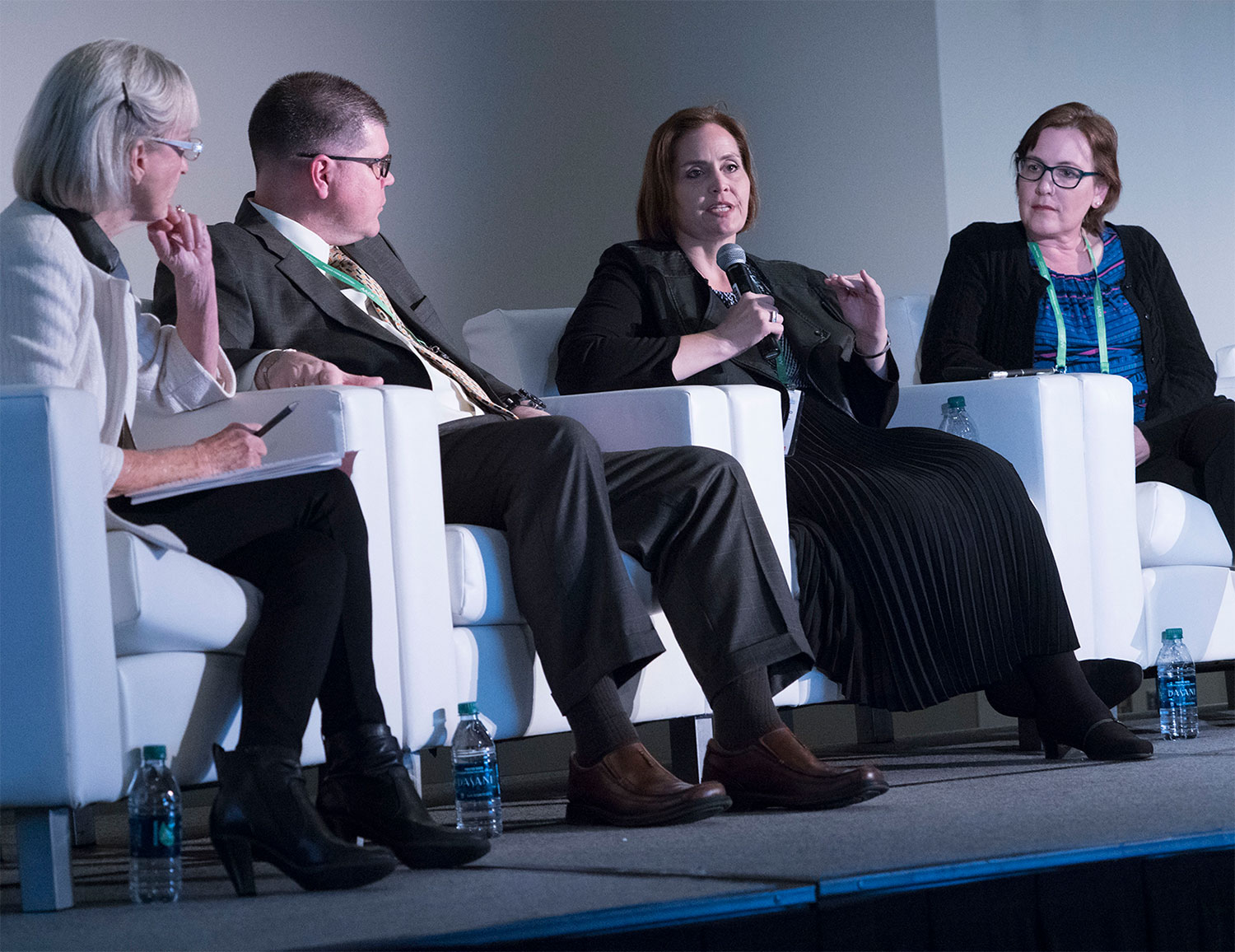 Shelley Fuld Nasso, CEO of the National Coalition for Cancer Survivorship in Washington, D.C., discusses gaps in delivering supportive models of care to meet the unique needs of survivors as part of the panel discussion on survivorship. Photo by © AACR/Phil McCarten 2018​​

Doug Ulman, a panelist who is the CEO of Pelotonia, a Columbus, Ohio-based nonprofit organization, suggested that primary care doctors receive more training to address survivors’ needs, particularly with expected increases in the number of this patient population. Ulman is a 21-year sarcoma survivor who has had to educate his own primary care doctors, who he admits are good doctors, but aren’t sure exactly how to address his needs as a survivor.

As a nurse who started practice in the 1970s, Brenda Nevidjon, a panelist and the chief executive officer of the Oncology Nursing Society, a national professional nursing organization based in Pittsburgh, recalls a time when cancer was considered a death sentence and no one would even speak about it. That has thankfully changed due to the efforts of survivors and advocates who have spoken up, she said.

“I think one of the best outcomes is that we have changed the language. Today that perception of victimhood is much less than it was,” Nevidjon said. “While there is fear, and I don’t trivialize it at all, people are understanding so much better that it doesn’t necessarily equate to a very immediate death.” But there is also work to be done, particularly in determining the best way to implement survivorship care plans and transition care from an oncologist to a primary care doctor, in order to help survivors live well.

This AACR science policy session was held to honor the memory of Jimmie C. Holland, a psychiatrist who is credited with bringing the field of psycho-oncology to the fore. Holland died Dec. 24, 2017, and spent her career at Memorial Sloan Kettering Cancer Center in New York City.