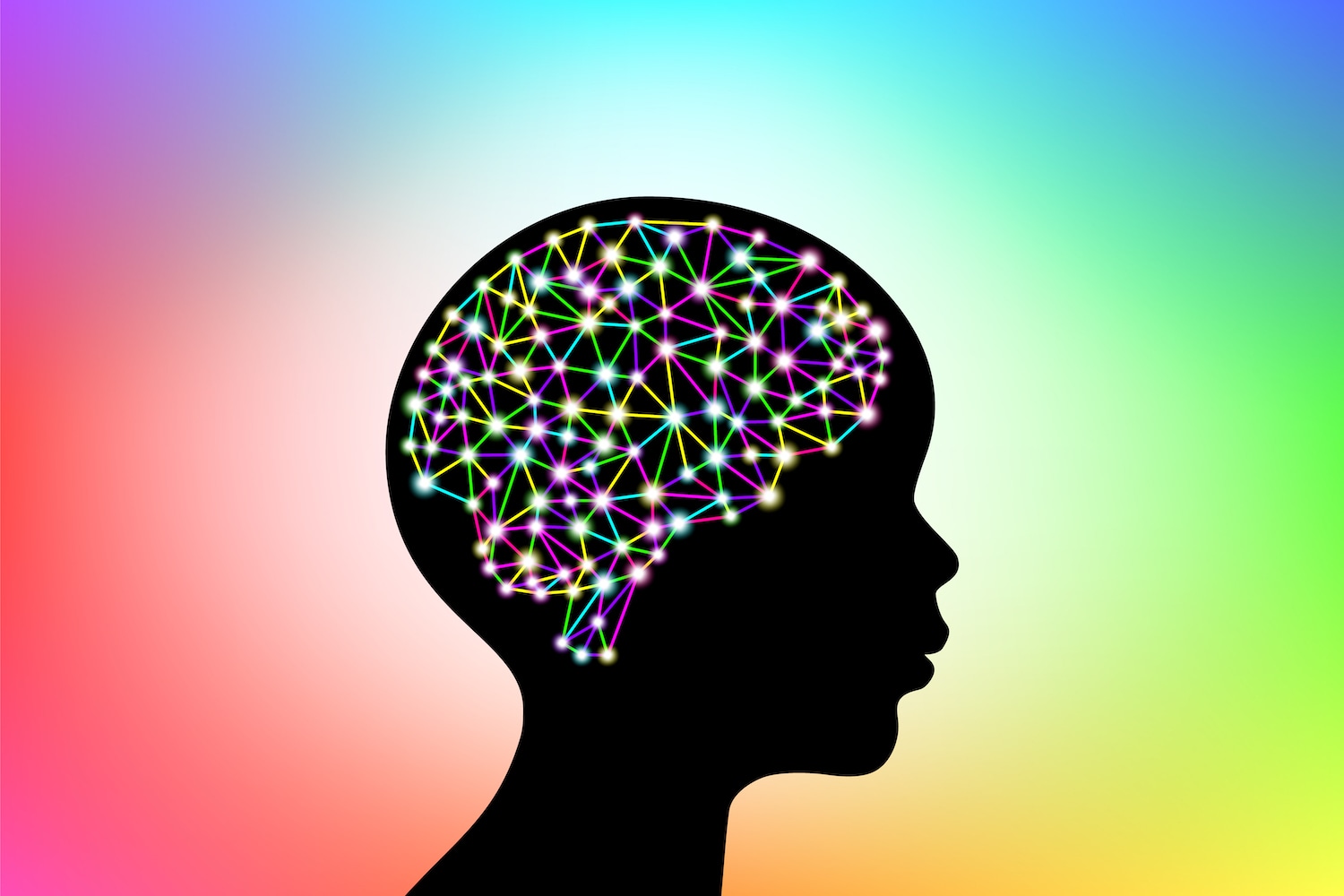 If you’ve found yourself referring to newfound forgetfulness or a momentary lapse in memory as “chemobrain” after your chemotherapy, you’re not alone. As many as 75% of cancer patients who receive chemotherapy report some change in cognitive performance—a condition known as chemotherapy-related cognitive impairment. While most of the symptoms improve after treatment, between 20% and 30% of patients experience persistent cognitive problems, some for up to 20 years, according to research presented at an educational session on symptom science at the American Association for ​Cancer Research (AACR) Annual Meeting 2021, held online April 10-15. (The AACR publishes Cancer Today.)

“There is a subgroup of people who consistently report difficulties returning to their daily activities, both at home and work,” said Catherine M. Bender, a nurse-scientist at the University of Pittsburgh School of Nursing, who presented her findings on cognitive dysfunction at the meeting. “They report that they need more time and more effort to perform their usual activities, and they experience increased frustration and decreased quality of life.”

Bender, who reviewed literature on the role of exercise in combating cognitive decline, said that cognitive impairment typically manifests itself in people who have had chemotherapy when they try to complete multiple tasks at the same time or perform more complex functions. These impairments typically take the form of problems with attention, learning, focus and working memory. Bender is currently recruiting patients for an ongoing study called the Exercise Program in Cancer and Cognition study, which is examining the role of exercise in reducing cognitive decline in early-stage breast cancer patients who are taking aromatase inhibitors

A Deeper Dive Into Cognitive Decline

Results of neuropsychological tests, which typically are used to diagnose cognitive impairment in conditions like Alzheimer’s disease, may appear normal for people who feel cognitive deficits after chemotherapy. In addition, patient self-reports are typically imprecise in revealing that there may be a problem. “Most people do not report problems that would reach the level of impairment in cognitive function,” Bender noted. “The problem tends to be more subtle.”

“This theory suggests that with aging, there is reduced cognitive reserve, a reduced ability to respond to stressors due to deterioration across multiple biological systems, leading to greater vulnerability to insult and poorer outcomes,” said Bender. “We know that as we age, our risk for developing cancer increases, and cancer may accelerate the [aging] process through multiple biological pathways.”

These effects extend to children treated for acute lymphoblastic leukemia, which is the most prevalent cancer among children and adolescents. The disease has a 90% five-year survival rate, thanks, in part, to multiagent chemotherapy and aggressive treatment to the central nervous system. But research presented by nurse-scientist Ida M. Moore of the University of Arizona College of Nursing in Tucson showed that children performed poorly over time, even three years after starting treatment. In fact, each year, measures of attention, letter-word identification and calculation continued to decline for those studied. Moore also explored the role of glutathione and caspase enzymes taken from children’s cerebral spinal fluid as measures that could predict cognitive dysfunction.

Shelli Kesler, a cognitive neuroscientist at the University of Texas at Austin School of Nursing, uses MRI to look for brain patterns associated with chemotherapy-related cognitive impairment. Kesler presented research using connectomes. Produced using MRI to map neural connections in the brain, these graphical representations illustrate “a network of nodes and edges, representing regions and their connections, and this allows us to measure properties such as efficiency of information exchange, and to identify highly connected hub regions in the brain,” Kesler said.

Research using these neural maps can debunk certain myths, most notably, that chemobrain isn’t real. “We have shown widespread connectome disruption in adult patients with cancer who received chemotherapy compared to healthy controls, even after screening out those with psychologic distress and also controlling for these [psychologic] factors statistically,” Kesler said. In fact, neural maps indicate that even chemotherapies, like anthracyclines and doxorubicin, that are not known to cross the blood-brain barrier are associated with decreases in these neural pathways.

Using machine learning and neuroimaging scans, Kesler and her colleagues created an algorithm to identify patients who had undergone chemotherapy with 90% accuracy. The algorithm could distinguish between cancer patients who had received chemotherapy and those who had not; the scans in the latter group were virtually identical to those of healthy people in a control group.

Kesler also described cortical hubs, which are highly active areas in the brain where information processing occurs. “These areas are also very greedy when it comes to energy consumption, and damage to hubs can cause widespread network disruptions,” Kessler noted, adding that these networks are particularly vulnerable to chemotherapy. “However, patients’ neural maps show fewer deeply integrated hubs after being treated with chemotherapy, when compared to brain maps of healthy controls,” she said.

Kesler also used machine learning to distinguish between healthy women and women who go on to develop signs of Alzheimer’s. Women with breast cancer treated with chemotherapy had a significantly higher probability of being classified as having brain patterns associated with Alzheimer’s when compared to breast cancer patients who did not receive chemotherapy.

In her presentation, Cobi J. Heijnen, a psychoneuroimmunologist at the University of Texas MD Anderson Cancer Center in Houston, showed how stem cell therapy was able to reverse chemotherapy-related cognitive impairment and peripheral neuropathy in mice.

She observed that mice treated with the chemotherapy drug cisplatin were unable to complete a series of mazes. However, when the same mice were treated with mesenchymal stem cells (MSCs), administered nasally, they were back to running in mazes as successfully as mice who had not been treated with chemotherapy. Heijnen’s research demonstrated that these stem cells were able to transfer healthy mitochondria—which generate energy as the powerhouses of cells—into neurons, reversing cognitive dysfunction and reducing measures of pain in the mice. She also isolated mitochondria from MSCs and used that as a treatment by inserting mitochondria into the mice’s noses. In both cases, scans demonstrated restored mitochondrial function and healthy neurons, reversing previous damage.

The approach also appeared to eliminate tau deposits, which are buildups of proteins in the brain that are associated with aging and Alzheimer’s disease. Heijnen used scans to show that tau deposits accumulate throughout the brains of mice after chemotherapy. “After treatment with cisplatin, you see tau deposits all over the brain,” she said, noting that healthy mice of the same age, who acted as controls, rarely have these deposits. “You can completely eliminate the accelerated aging sign of tau clusters” by using these MSCs, she said.

Given these results, Heijnen said she believes MSCs could eventually lead to an effective treatment to reverse neurologic decline in those patients who are treated with chemotherapy and show signs of cognitive impairment.

Erica Bernstein, a patient advocate who was diagnosed with stage III breast cancer in 2006 when she was 35, told Cancer Today she was happy to see a session on symptom science at the meeting. Bernstein is participating in the AACR’s Scientist↔Survivor Program, which is a five-day training program that gives survivors and advocates opportunities to attend the conference, share their experiences and connect with scientists at the meeting. She says she felt reassured to see so much of her lived experiences on slide after slide being given the benefit of scientific rigor.

After completing a year and a half of treatment for her cancer, Bernstein, who was a physician-scientist who specialized in geriatrics and immunology, was unable to return to her lab or to practice medicine due to collateral damage from her treatment. To this day, Bernstein, now 50, experiences severe pain in her arm—a condition known as radiation-induced brachial plexopathy. In addition, she continues to be plagued by cognitive deficits. “I am one of the 30% who never got better,” she says.

She says that while the session validated what she has been dealing with for over a decade, it also brought up feelings of anger because it reminded her that “so much presented at the session is not believed, as if it doesn’t exist.” She was particularly intrigued by the study on stem cells as a vehicle to transfer mitochondria and restore neurons. For so long, she says, she had resigned herself to believing that she would need to learn to live with her impairments. Of course, with her medical and scientific training, she says she knows that promising mouse studies don’t always translate to benefits in humans, but the results left her considering whether she might recapture some of her previous self. “I had resigned myself that there was no hope for me,” she says. “There’s so much potential for research, so many opportunities to look at these mechanisms. There are so many of us living long-term with these problems. But there isn’t much data available, and more research won’t happen unless we [survivors] push for it.”​

Should All Kids With Cancer Get Genetic Testing?

Testing children with cancer for hereditary mutations could impact their treatment and provide information relevant to other family members.