THE U.S. PREVENT​IVE Services Task Force (USPSTF) released draft recommendations April 11 suggesting that docto​rs inform men ages 55 to 69 of the potential benefits and harms of prostate-specific antigen (PSA) blood testing to screen for prostate cancer. The draft says the decision to be screened is an individual one that should be made after consulting with a physician. 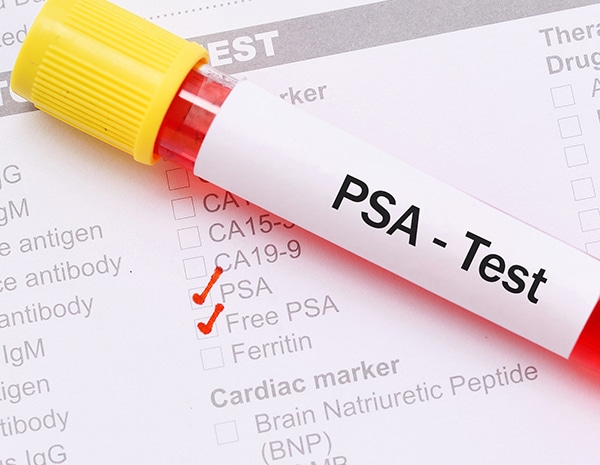 In 2012, the USPSTF, a panel of volunteer experts that rates screening and preventive health services, advised against PSA testing for all men. The new guidelines continue to recommend against screening for men 70 and older.​

​“The Task Force has been long concerned about the balance between the benefits of screening detection of life-threatening prostate cancer at a curable stage versus the potential harms—overdiagnosing and overtreating non–life-threatening prostate cancer,” says medical oncologist William G. Nelson, who directs a research laboratory focused on prostate cancer treatment and prevention. Nelson also is the editor-in-chief of Cancer Today and directs the Johns Hopkins Kimmel Cancer Center in Baltimore.

“For men age 55 to 69 years, the USPSTF now believes the best evidence has tipped in favor of the benefits of prostate cancer screening, advising men in this age group to engage physicians in a full discussion of screening risks and benefits so that informed judgments about whether to pursue a screening strategy can be made,” Nelson says.

He adds that the change in the USPSTF guidelines “likely reflects the maturing of data from the European Randomized Study of Prostate Cancer Screening, now suggesting the PSA blood testing for prostate cancer screening reduces prostate cancer deaths by 29 percent, and the increasing use of active surveillance for non–life-threatening prostate cancer, attenuating the potential harms of screening.”

The USPSTF welcomes public comment on the draft recommendations until 8 p.m. Eastern time on May 8. To learn more, visit the USPSTF website​.​