Putting Chemotherapy Side Effects on Ice

A small study shows that keeping ice chips in the mouth during oxaliplatin chemotherapy may prevent cold sensitivity, a common oral side effect. 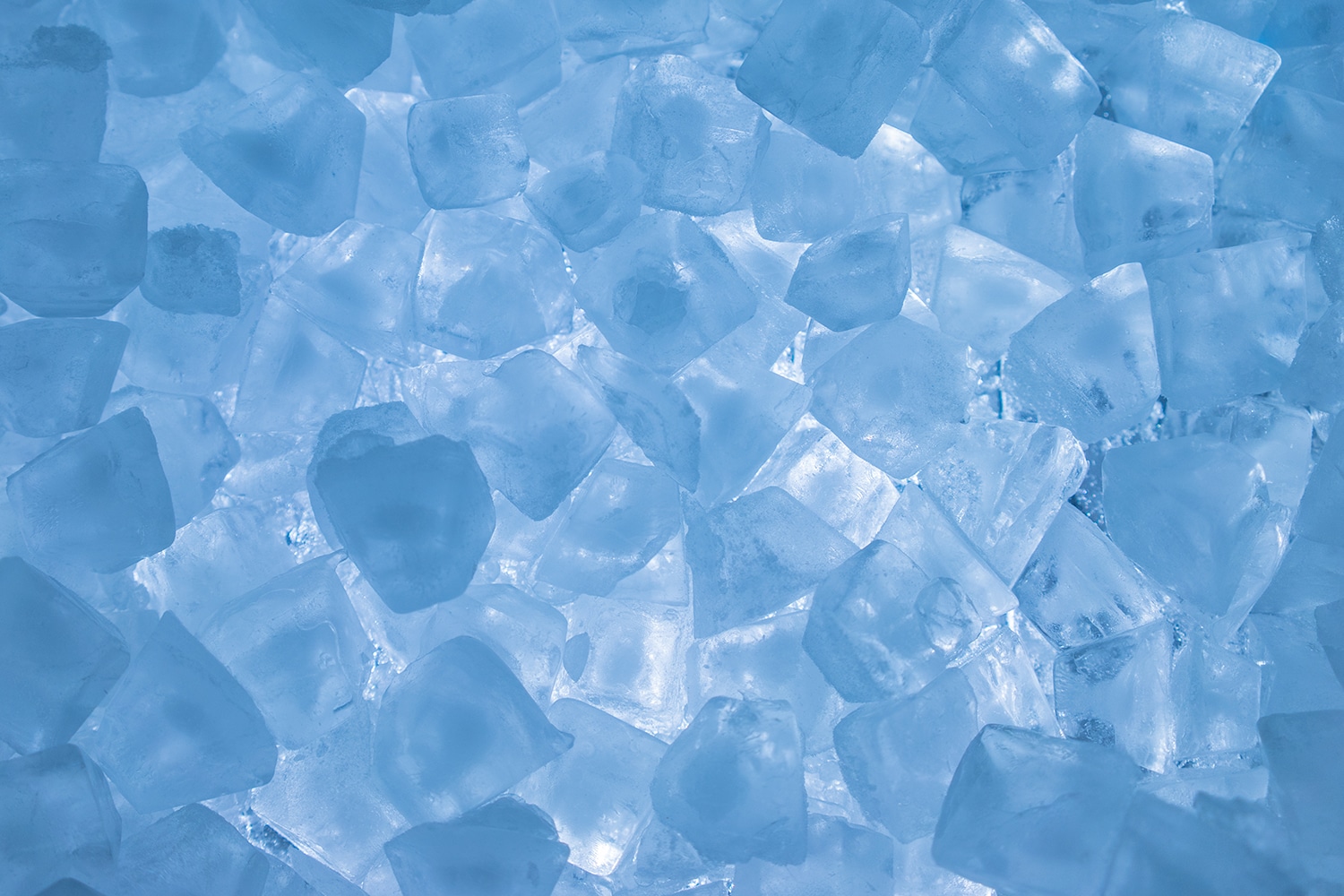 Chemotherapy ​comes with numerous unpleasant and painful side effects. Now a study from researchers at the University of Pennsylvania in Philadelphia shows that there may be a no-cost way to mitigate one of the symptoms caused by oxaliplatin, a chemotherapy drug commonly used to treat patients with gastrointestinal cancers, including colon and pancreatic cancer.

The study, published in the April 2019 issue of the Journal of the National Comprehensive Cancer Network, shows that cancer patients who kept ice chips in their mouth during their oxaliplatin infusion reported that they subsequently developed less cold sensitivity in their mouths and could eat and drink with less discomfort compared to patients who did not keep ice in their mouth.

“While it is a small, single-institution study, the work provides initial evidence of a simple intervention with significant impact that could improve patients’ experience while on oxaliplatin,” Crystal S. Denlinger, a medical oncologist and chief of the division of gastrointestinal medical oncology at the Fox Chase Cancer Center in Philadelphia, wrote in an email to Cancer Today. “I commend the authors for performing such a simple yet important study.”

Oxaliplatin, a platinum-based chemotherapy, is often used alongside two other chemotherapy drugs, folinic acid and fluorouracil, in a combination known as FOLFOX. Oxaliplatin induces a type of short-lived neuropathy, or nerve damage, in the mouth and throat that can be painful and interfere with eating and drinking days after treatment.

“Patients describe it as a strange, unpleasant and painful feeling in the mouth, and also as tingling, throat tightening, little needles or sharp shards of glass,” says study author Kim A. Reiss, a medical oncologist and assistant professor of medicine at the Perelman School of Medicine at the University of Pennsylvania in Philadelphia.

“This is one of the most common symptoms that patients complain about during [oxaliplatin] treatment,” says Denlinger.

Cooling of specific body parts constricts blood vessels and decreases blood flow to those areas. Prior studies have shown that targeted cooling can decrease the amount of chemotherapy drug that is delivered to a particular region. For example, a randomized study found that women with breast cancer who wore a scalp-cooling device while receiving their chemotherapy infusion were less likely to have hair loss compared to patients who did not cool their scalp while receiving chemotherapy. In another study​, breast cancer patients who wore a frozen glove on one hand and a frozen sock on one foot during chemotherapy drug infusion were less likely to develop symptoms of neuropathy in the limbs that were kept cold.

Reiss and her colleagues reasoned that the same principle could be used to minimize the cold sensitivity that results following oxaliplatin therapy. “We typically counsel patients to avoid cold things in the first three to seven days after the chemotherapy. But we want patients to be able to eat and drink as many of the foods and drinks they are craving as possible, because they often don’t feel well on chemotherapy. So we wondered if ice could help reduce this particular side effect and improve their tolerance of the therapy,” says Reiss.

The team analyzed data on 50 patients with gastrointestinal tumors who were being treated every other week with oxaliplatin. They randomly assigned the patients either to put ice chips in their mouth continuously during their two-hour infusion or to not use ice chips. The researchers found that 32 percent of patients who were given ice chips experienced oral symptoms after the first infusion cycle, while 72 percent of the group that did not keep ice in their mouths developed these symptoms.

Those patients who were able to keep the ice chips in their mouth for a longer period had improved oral symptoms following the chemotherapy dose.

Patients who kept ice chips in their mouths also reported fewer symptoms of nerve damage in the hands and feet. According to Reiss, this might be a placebo effect, albeit a beneficial one.

With increased cycles, more patients dropped out of the study due to a change in their treatment and for other reasons. Therefore, at the end of the study, there were fewer patients and the researchers no longer detected a difference in the side effect frequency between the two patient groups. According to Reiss, this doesn’t necessarily mean that the ice therapy was ineffective with more doses, only that there were too few patients for the statistical analysis.

“The early improvements in oral sensitivities, as well as trends toward improvements in peripheral neuropathic symptoms, are very exciting and could be practice-changing if confirmed in larger trials,” says Denlinger.

While Denlinger says she would like to see larger trials that confirm these results, she says this study is making her rethink her recommendation to oxaliplatin-treated patients to avoid cold foods and drinks during and for the first few days following treatment. “This study is making me rethink my teaching and recommendations to patients during treatment,” she says.

For Reiss, this inexpensive intervention is a no brainer. “We get tons of questions from patients about what they can do to feel better while on chemotherapy,” says Reiss. “Often we don’t have good answers, and it’s nice that we can add this to the list of things that patients can try to feel better during their treatment.”​​​​​